What is the latest version of Java for macOS High Sierra?

On my High Sierra Mac

but in Oracle's documentation and list of downloads I see references to versions that are much higher, notably 9 or even 10.

What is the most up to date version of Java intended for use with for use on macOS High Sierra?

The implementations of Java 8, 9, 10, and 11 based on OpenJDK from vendors such as Azul Systems, Oracle, and AdoptOpenJDK run on macOS High Sierra and Mojave (and some older macOS as well).

Java 12, not yet released for production, runs on High Sierra as well.

Note that Java development has changed recently. Oracle and the Java community have adopted a faster cadences for releases, a fashion known as the Release Train. Every six months a new version arrives, as discussed in this article. These are production-ready fully-tested releases. However, these versions may not be supported free-of-cost with patches after the successive version arrives.

The exception is that every three years, the sixth release in succession shall be designated a Long-Term Support (LTS) version. Versions 8 and 11 are both LTS, as will be version 17. This means the version will receive updates and fixes for years instead of months.

This applies, at least, customers paying a commercial vendor. Free-of-cost implementations may also receive updates under LTS from some providers. We’ve yet to see if that happens or not.

This approach using rapid delivery train with LTS is new in the Java world.

Here is a flowchart that might help guide you in choosing a source for Java 11. 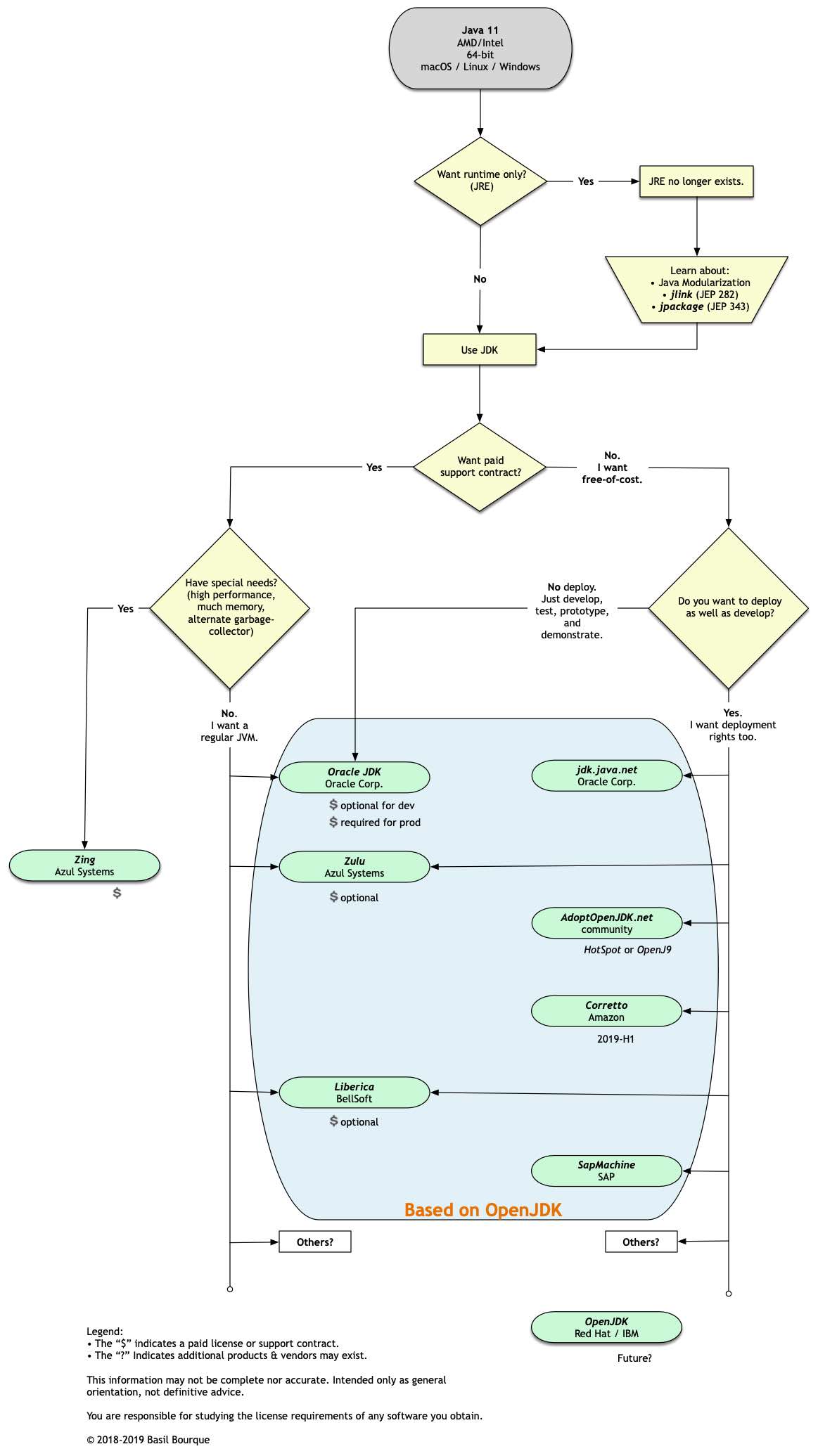 See https://support.apple.com/en-us/HT204036, which recommends to download the most recent version directly from Oracle:

Not the answer you're looking for? Browse other questions tagged high-sierra java .