I need some way or a script to replace this action. All searches gives Terminal commands that I don't understand or how to use with Automator. 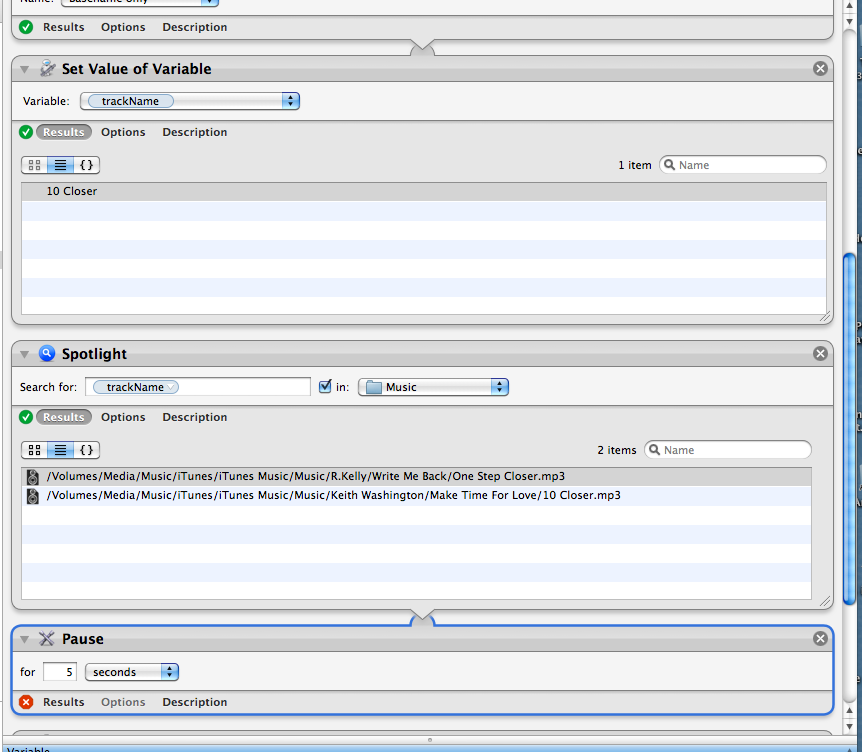 I don't have Snow Leopard, so I'm limited in what I can test as being viable for your system. Therefore, please bear in mind that the following solution was devised and tested using the following:

With that said, I see now reason that this shouldn't work on El Capitan. It might work on Snow Leopard, but I'm less sure.

My proposed solution is to replace your Spotlight Automator action with a Run AppleScript action: 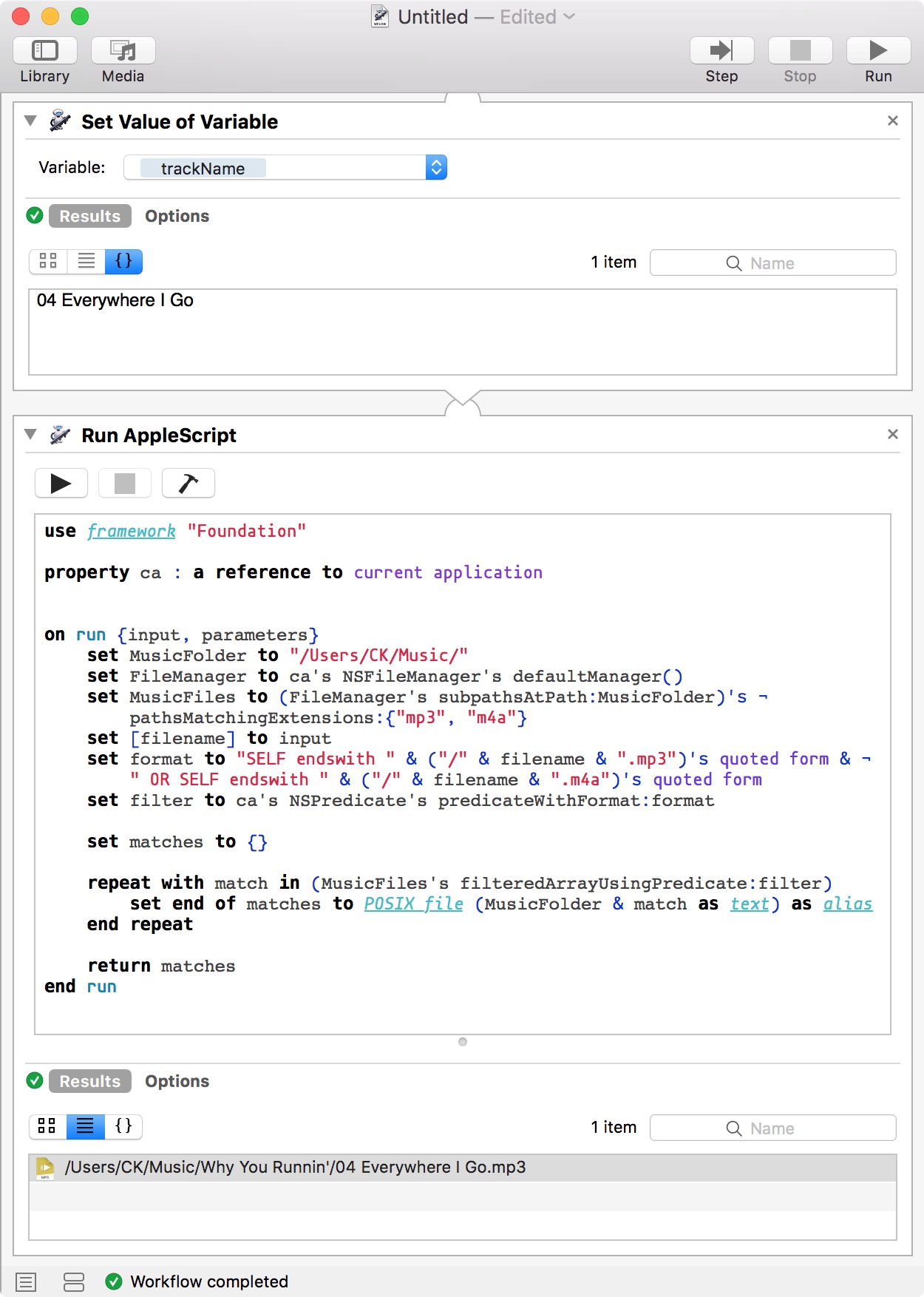 The code contained in the Run AppleScript is as follows:

This will return tracks with the exact filename supplied by the trackName variable in the workflow. Therefore, had I set trackName in my test run to "Everywhere I Go" (i.e. without the preceding "04"), the search would have returned an empty result.

Also, bear in mind that you may have some tracks that have identical filenames from different folders/albums. If there are two files in different folders both called "01 Song.mp3", both files will be returned in the search.

Not the answer you're looking for? Browse other questions tagged applescript snow-leopard automator spotlight .

1
using automator/applescript to upload files to a web form?
4
Find a specific file with automator
6
System hotkey to execute cmus-remote?
5
Variable not defined (AppleScript)
0
Applescript not returning string
3
Pass a variable (folder pathway) to AppleScript in Automator
2
Filtering files by source with Automator
1
How do I save a text file using a variable using the “New Text File” action in Automator?