Applications assigned to All Desktops loses focus when moving through desktops

If I assign an application to all desktops like this: 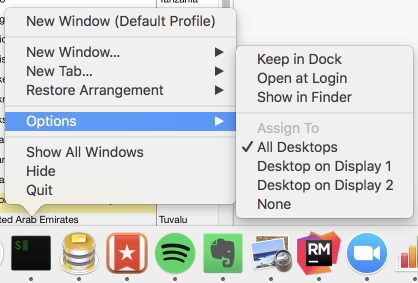 It loses focus after moving to another desktop and moving back.

This is very annoying. Any idea how to fix this? I'm not sure if is a bug in OSX, I"m using high sierra.

I found that this happens when you have the applications assigned to "All Desktops," or even a particular desktop. When I assigned all of my apps to "None," the focus issue went away. I'm not sure how the setting got turned on, but switching all apps to "None" solved my focus issue.

Not the answer you're looking for? Browse other questions tagged macos high-sierra desktop .