Icons on menu bar redraw at each monitor change

I have an issue with my setup that drives me nuts and is more and more annoying.

I have a 4 displays setup and each time I change of monitor most of the icons in the menu redraw and introduce lag before activation of the clicked window.

I have done some research and found this old post, it looks like it was a known bug of Yosemite which has been resolved since...

Has anyone the same issue ?

Do you have some workarounds to get rid of it ?

Currently, I tried everything, and only the option which "resolves" the problem is disabling "displays have different spaces" (in this case, there is only one menu bar on the main display). However, this in not an option for me because I use the awesome chunkwm which requires this option to be enabled.

-- EDIT1: Thx for the suggestions.

Running in safe mode doesn't seems to have the issue, however the display performance is so terrible that I don't know if this is a good test case for that issue.

Switching the theme to white didn't help, the redraw is still here.

I use Bartender but did some tests in a new session without any programs running except iStats menu to monitor what append and still have the problem.

I observed that GPU memory usage increases a lot over time and with the number of displays connected. But disconnecting/connecting an external display frees lot of memory. 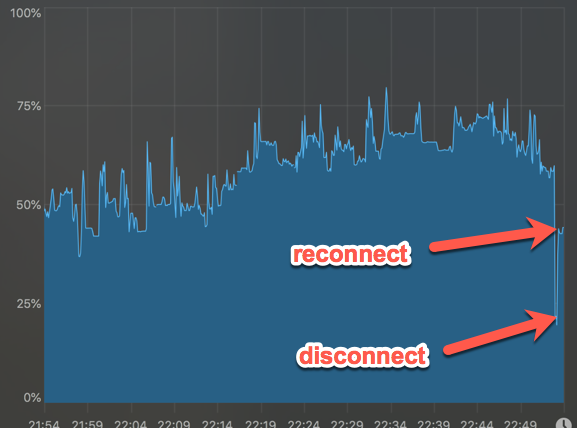 4
Why is the Apple menu icon in the wrong place on my secondary monitor?
64
Prevent redraw of menu bar icons Yosemite
4
What Causes rMBP Fan Noise When Connected to Two External Monitors
3
How can you find which monitor has the menu bar in AppleScript?
4
Menubar turns solid white or transparent
1
Two strange icons in my menu bar
5
How to get back the missing monitor option in High Sierra's menubar?
0
Siri Window is not in native resolution when connecting external monitor to MBP
1
GPU memory is overloaded