How can I install Snow Leopard on my 2011 Mac Mini Server?

Can I install Mac OS X Snow Leopard on a 2011 Mac Mini Server? (I own the Server model because of its better CPU)

I tried, connecting my MacBook (running Snow Leopard natively) via FireWire (in Target Disk Mode) and thereby installing Snow Leopard on my Mac Mini. It worked, however, glitches in graphics as well as an overall bad performance really freak me out.

Is the 2011 Mac Mini really that different from the 2011 MacBook Pros? Might it be that Snow leopard just doesn't load the correct drivers since it does not know the 2011 mac Mini? If so, is there a way of manually adjusting this?

I don't like Lion on my Mac Mini since I run two monitors with it, and Mission control plain sucks in that regard compared to Spaces. I'm not interested in the Server Features.

The i7 in the new 2011 Server model doesn't support anything less than pretty much the original OS. 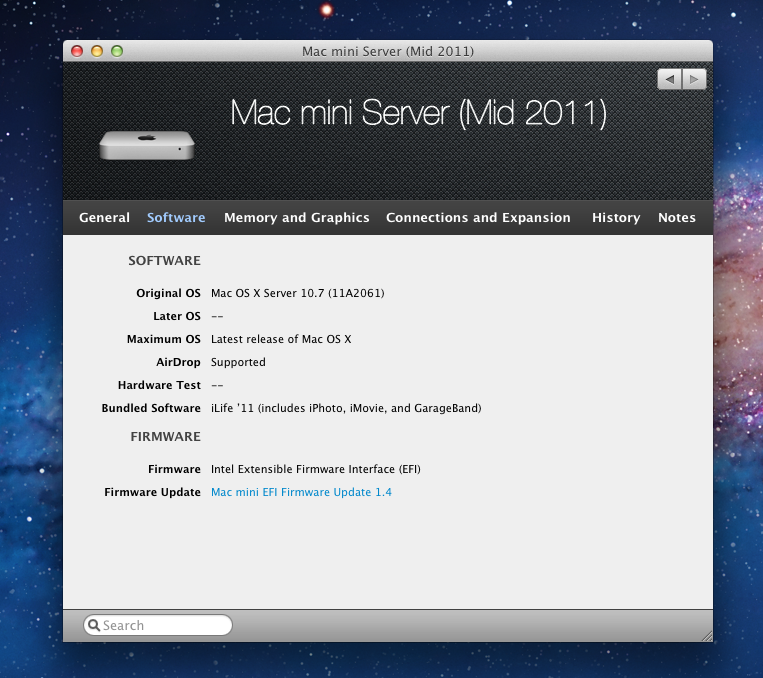 Sorry dude. I wanted to do the exact same thing.

I am not a lawyer, but the end user license for Snow Leopard has zero references (and therefore zero restrictions) on virtualiziation and simply requires you to run one copy of the software on Apple hardware.

As long as you don't run two copies of "the Apple Software" which is Snow Leopard you should be in compliance with the licensing terms. You also happen to be running a copy of Lion and some VMWare or Parallels or other software, but why not look into this? It's clearly the best way to get a real Snow Leopard environment without sacrificing hardware drivers needed to run the newer hardware and graphics. You will have to google the "tricks" to get this running, but many tech blogs have the details depending on which VM you choose to run.

And yes, the drivers are both new and missing on Snow Leopard to make the new hardware run properly. Fans, CPU performance and other issues are reported from people that have tried this on several late 2011 models and not just the Mac Mini.

Not the answer you're looking for? Browse other questions tagged macos snow-leopard mac-mini .

2
Can I install OS X Snow Leopard on 2006 mac mini?
2
Can a Mac Mini use a MacBook Air CD SuperDrive?
1
Install Snow Leopard Server
6
As an iOS Developer, how can I avoid upgrading to Lion?
3
Is there an LDAP Server running on OS X Snow Leopard?
1
My OS X Mac Mini server crashed - How can I restore it?
1
Core Graphics on a 2013 Mac Mini
0
Selling old MacBook. Best way to clear HDD?
0
Installation of OS X Snow Leopard on a new hard drive using a disk
2
Can I use the macOS from a late 2012 Mac mini on a 2011 Mac mini server?