According to my Geekbench 4 results, my discrete GPU Open CL score is ZERO.

Additionally, my discrete GPU Metal score is lower than that for the Iris Pro!

Does this mean my duscrete GPU is faulty?

Below are screenshots of my device and results, and here is a link to my Geekbench results online: https://browser.geekbench.com/v4/compute/2415138 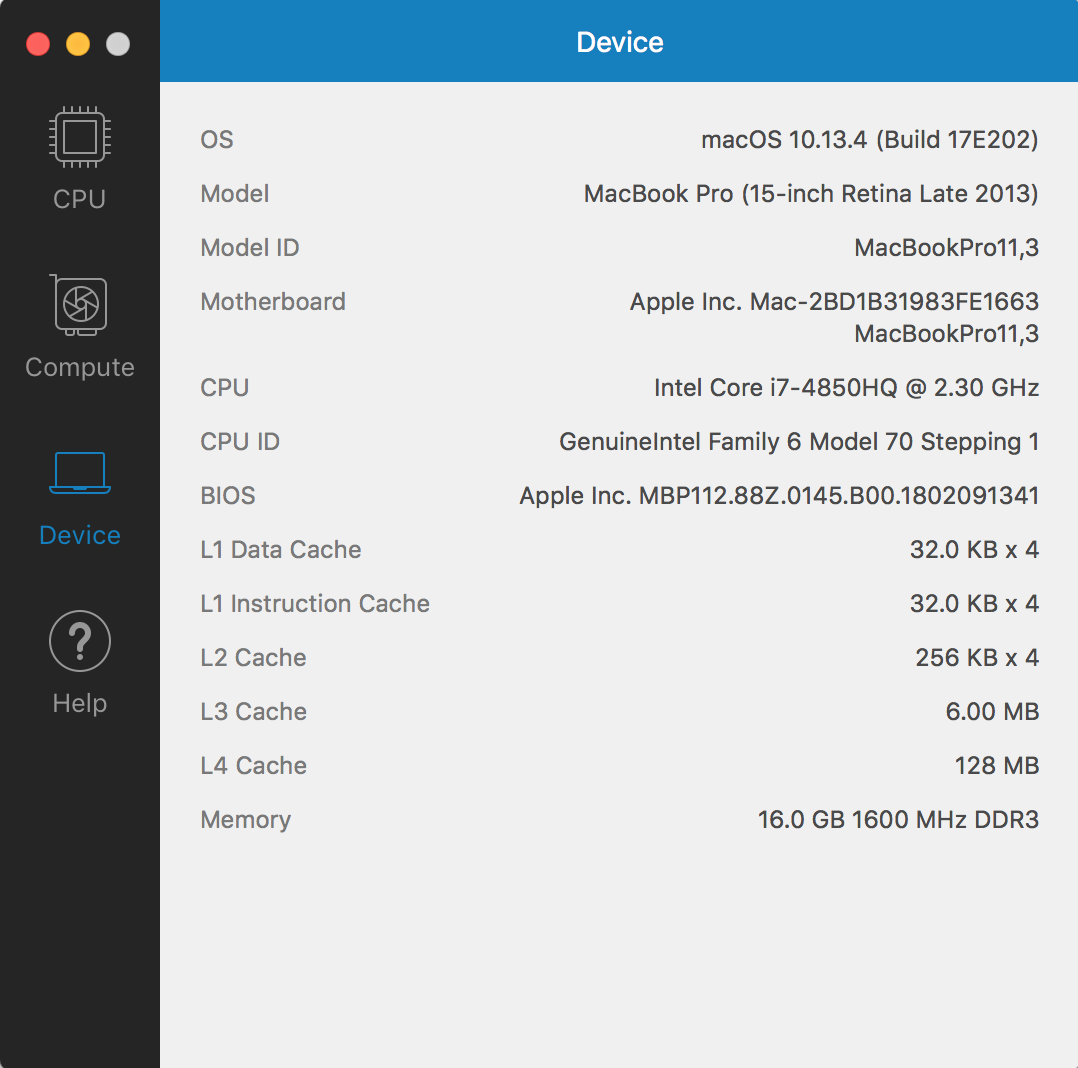 Your discrete GPU is almost certainly fine. The reason for the zero score is that Geekbench is unable to fully test this GPU due to reduced NVIDIA support. Because it can't run a full test, you're getting a score of zero, but this does not mean your GPU is faulty.

According to your Geekbench results, you scored a Depth of Field result of zero because it measured 0.00 pixels/sec for that metric. In other words, Geekbench itself is unable to test this metric, rather than there being an issue with your discrete GPU.

This is a known issue. According to Primate Labs:

This is due to an issue with the NVIDIA GPU drivers provided with macOS. We’ve contacted Apple regarding this issue and Apple’s response is that they are unable to address the issue due to reduced NVIDIA support.

I did check to see if there were any drivers you could download directly from NVIDIA, but non are available for macOS.

So, unless you're actually experiencing any problems using your MBP, I would just ignore this score altogether.

Not the answer you're looking for? Browse other questions tagged macbook-pro performance gpu benchmark .