What PDF Viewer can be used to present slides on High Sierra?

I give a lot of talks using PDF slides built with LaTeX beamer. I was very happy with Skim, because it offers you to synchronize two Skim windows, s.t. you don't have to mirror the screen, but instead use both displays at their native resolution and also be able to watch the thumbnail sidebar etc. on your own display without your viewers watching (similar to what PowerPoint and Keynote offer with two displays).

However, as we all know, Apple has rendered PDFkit unusable since Sierra and Skim uses PDFkit for rendering. The main issue that rendered PDFkit unusable for presentations is the fact that it first shows a low resolution version of the content, before actually showing the high resolution rendering. This is very bothersome in the context of overlays.

Thus, I'm looking for alternative PDF viewers, which support two displays without mirroring but do not rely on PDFkit for rendering. Adobe Acrobat renders fine, but is not so suitable for presentations.

Just a few days ago I have asked the same question at tex.stackexchange.com. User DG‘ has provided a couple of useful suggestions, which culminated in the following answer:

The delay in rendering pdfs with preview.app can be avoided with the following apps (they are all available through homebrew):

Disclaimer: I am the developer of the app

The app is my interpretation of what presenting PDFs should look like on the Mac. I wanted the same superb presenter experience you have with Keynote but all the existing apps couldn't fulfill my needs. That's why I developed SlidePilot with a lot of additional features like broadcasting the cursor to the presentation screen (without having to turn your head) or covering the screen.

Feel free and take a look at the website and the docs, where all features are described in detail. 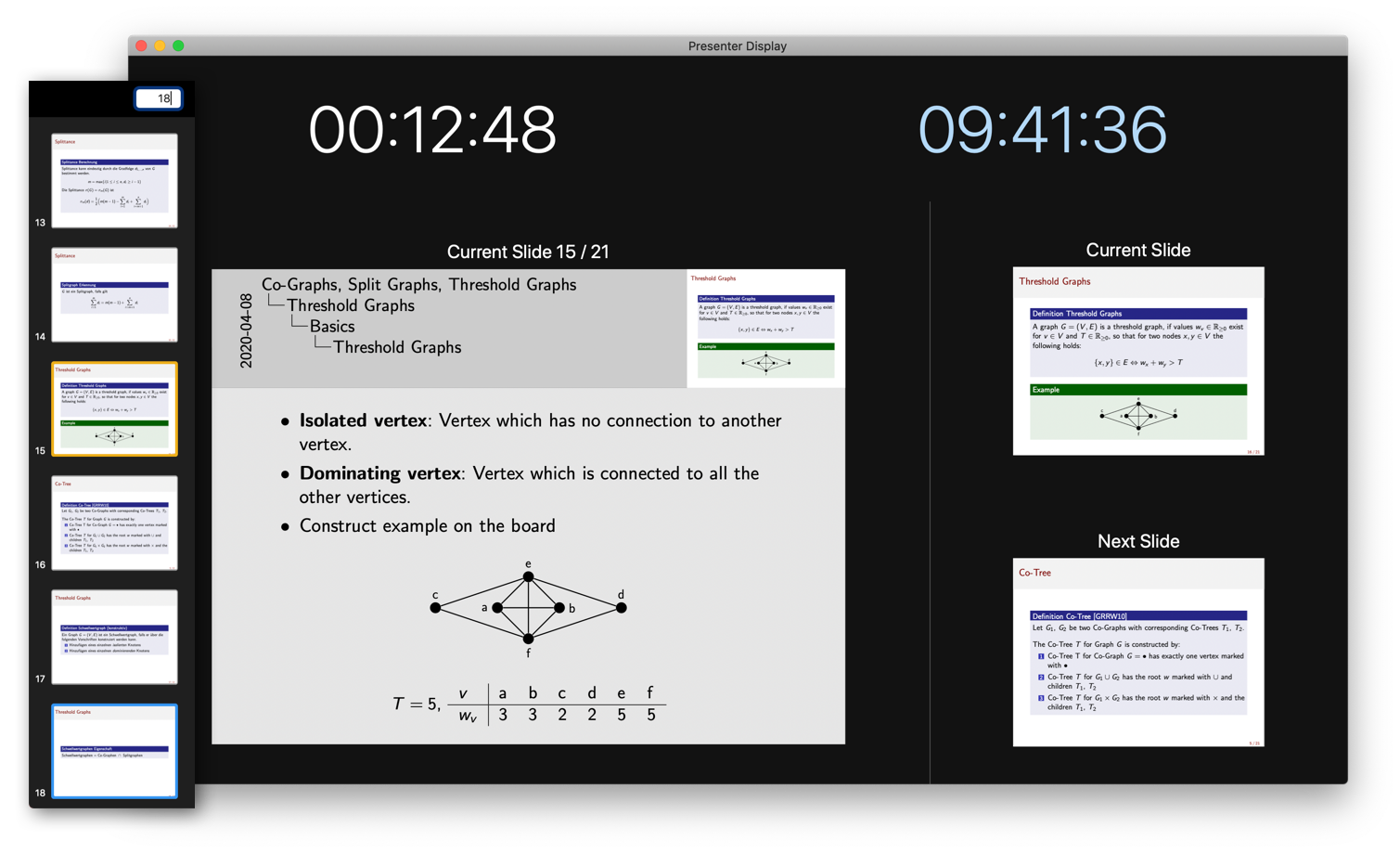 Not the answer you're looking for? Browse other questions tagged macos high-sierra pdf slideshow skim .

12
Disabling brief low-res PDF rendering on page transitions in Preview.app
2
What causes incorrect PDFkit or blurry PDF display in macOS Sierra and how to fix or remedy that situation?