I am trying to group all songs with no album title (i.e. the 'Album' field for the songs' metadata is empty) for the same artist into one "Unknown Album" 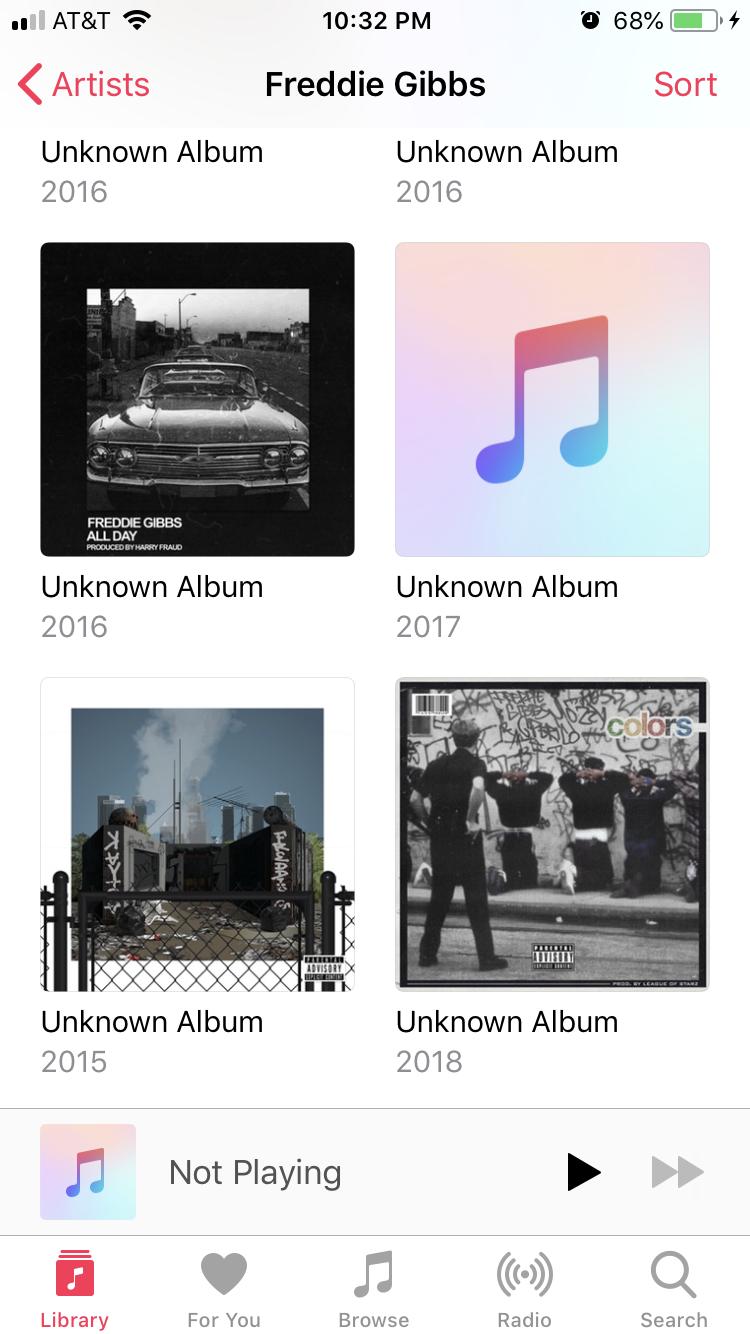 What I have tried to fix this: In iTunes, adding an album title for every song with no album title, then removing the album title.

Since you've got access to iTunes on a Mac, the way I would try to achieve what you want is as follows:

1
How do I remove duplicate albums from my iPhone 5's music app?
7
View individual artists in compilation albums?
8
Songs appear once in iTunes; listed twice on iPhone 5s (iOS 7)
1
How do I tell the iOS Music app to regenerate its metadata?
2
How can I retain the artist name?
10
Songs show up as individual albums in iOS Music app
0
Filter my Library on Apple Music