When I have the monitors connected, the CPU load is very high with fans running at 5500-6000 RPM and a processor temperature of 54°C. This does not seem healthy to me. It's kernel_task which is using absurd amounts of CPU (sometimes spikes up to 600%)

This all seems very odd to be. I have a maxed out MacBook Pro which can't handle two monitors?

Here is the system configuration: 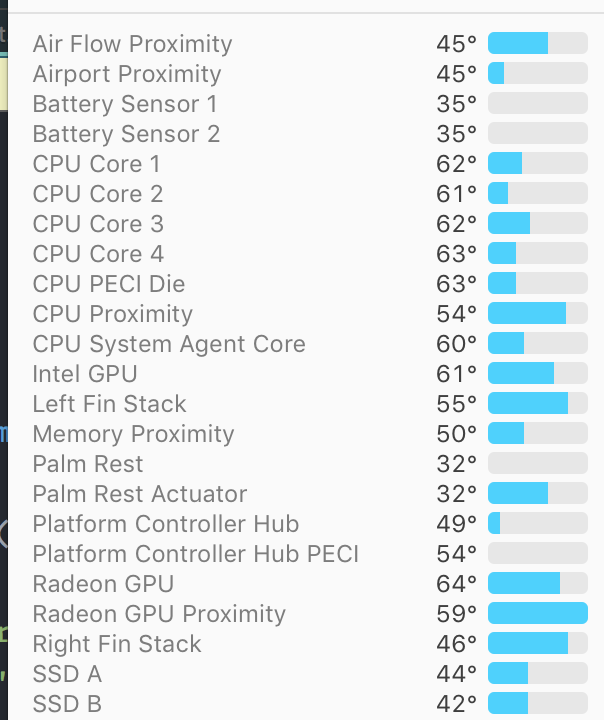 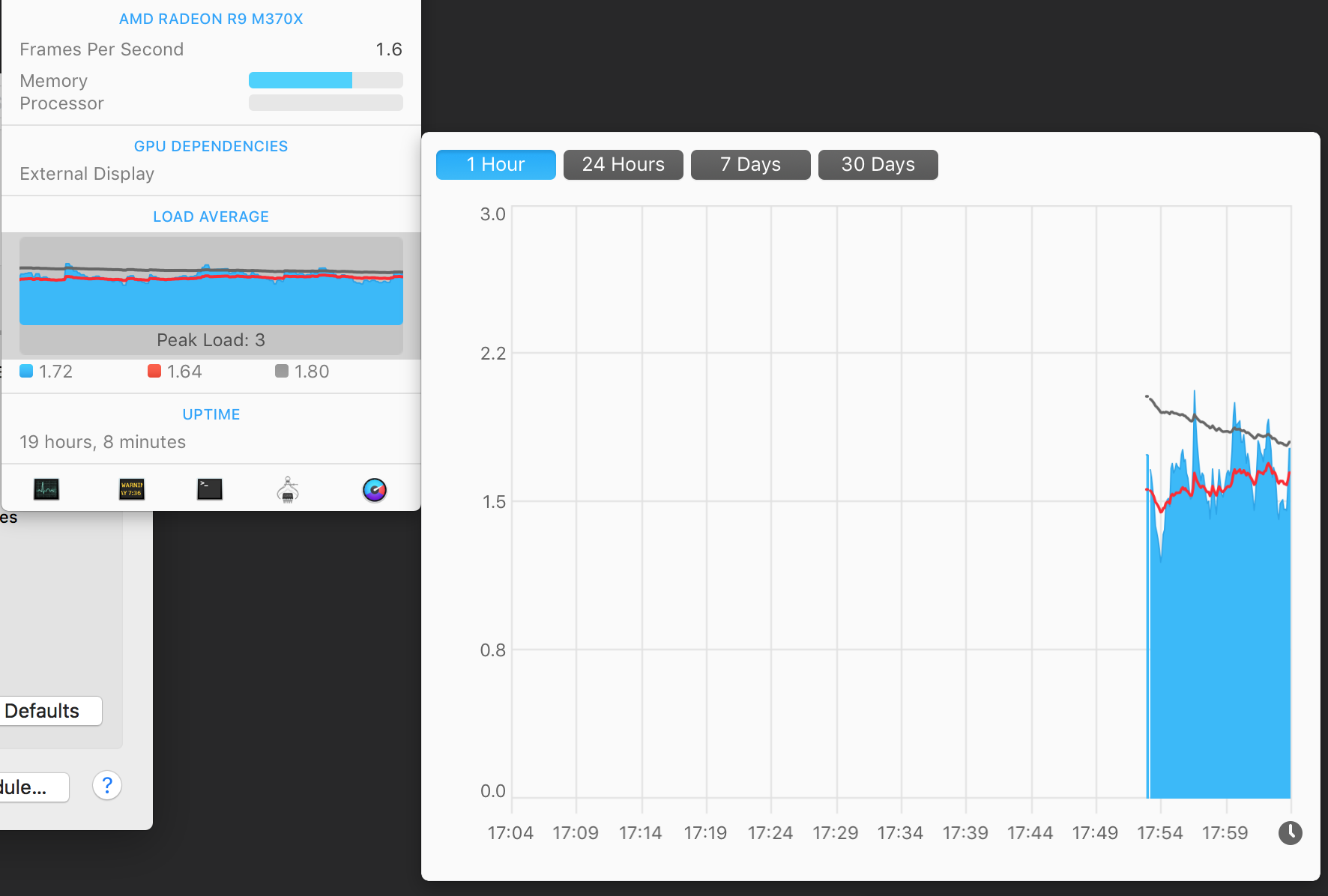 I do have Automatic graphics switching turned off (this should increase high-performance graphics).

Also the system preferences tell that the AMD Radeon is being used for the external display. Though the iStat data suggests otherwise. 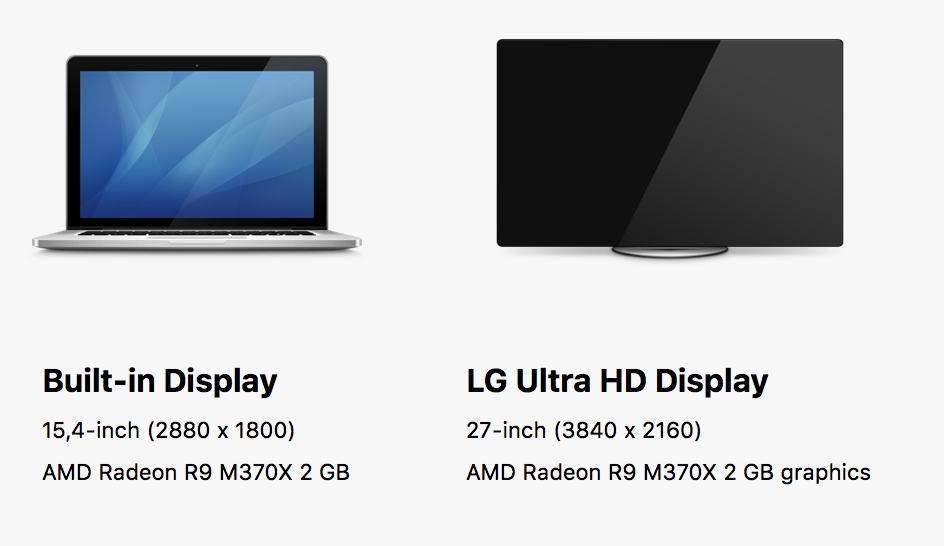 I've installed gfxCardStatus and put it to discrete only. Looks like the AMD Radeon GPU is actively being used. This does not make a difference. 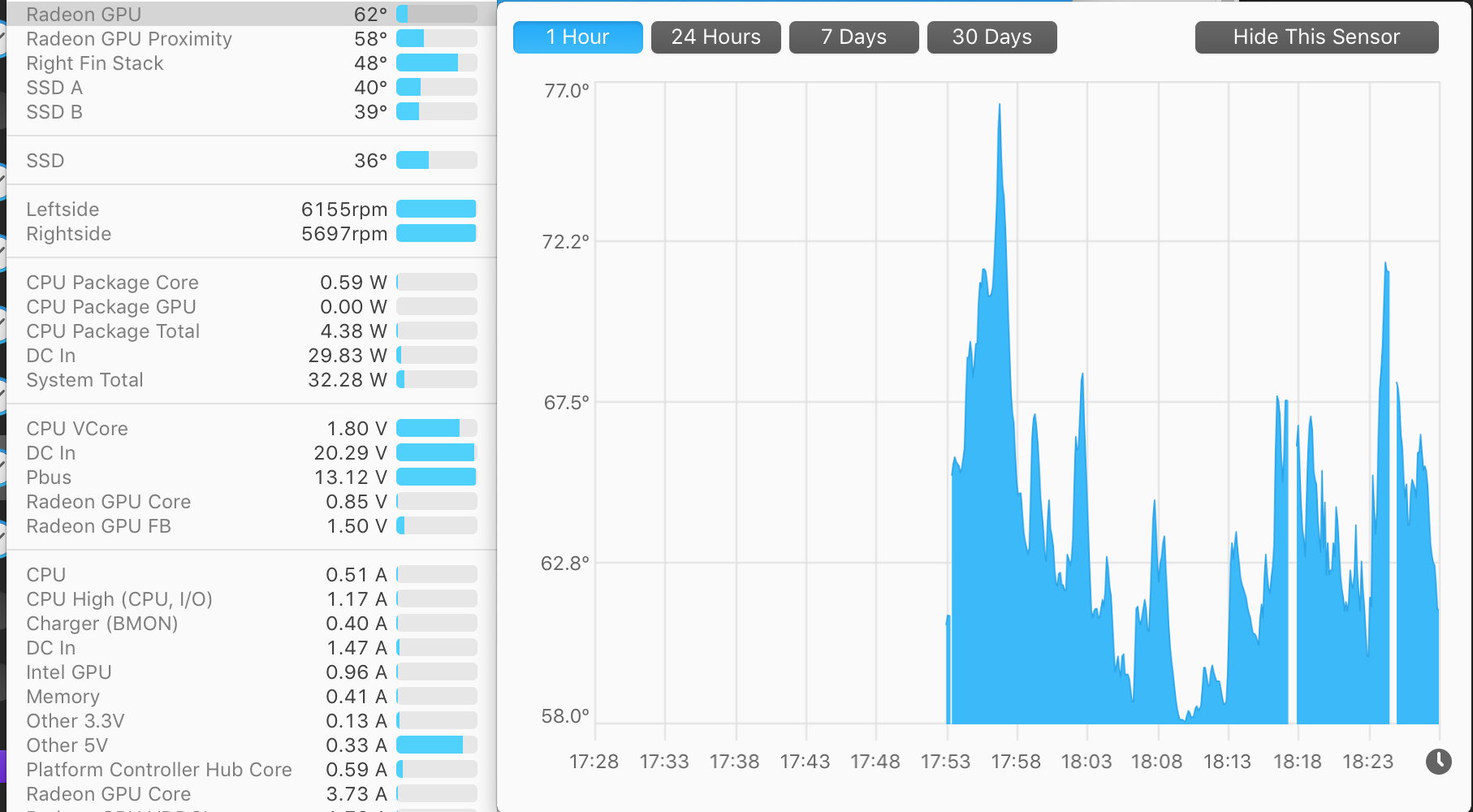 I've ran iStat for a while now. Looks like the CPU has many spikes, even up to 90 degrees. This would obviously trigger the fans to start blowing (also the MacBook itself feels hot near the processor). Looks like the average temp at the moment is 70 degrees. 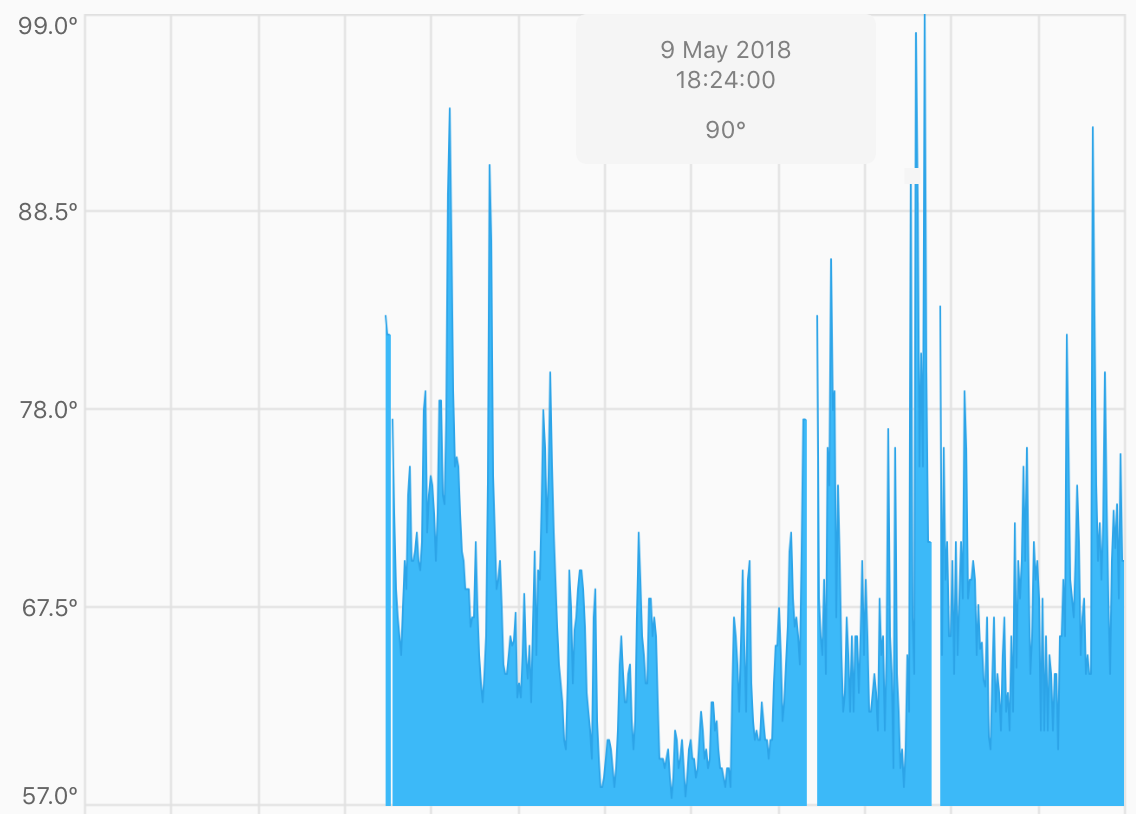 Here is the CPU frequency:

Folks this is an image of my fans before I had them cleaned.

I faced the very same issue that you guys are facing and based on input from another forum decided to get my 2016 MPB fans cleaned out. This made an immediate impact where when I connected my external display to the MBP.pre-cleaning, it would overheat causing the fans to spin at 6000 rpm or thereabout and the kernel_task would eat up 500%-900% of the CPU rending the system unusable. This simple cleanup of the fans has allowed me to connect the monitor with no kernel panic anymore and even though the fans run around 5000 rpm now the CPU and GPU are running around 10 degrees cooler now.

My case I use 2 extend monitors and plugged both on right side, i tried a lot of ways but no luck. Then someday i checked by this way

Ok, then i only use left side to plug 2 extend monitors and now it's fine, kernel_task < 100

I noticed that the fans on the laptop used to ramp up after 15 minutes of use and continued like that for the rest of my work day.

CPU usage was then in the mid 30s and performance was not impacted.

Yesterday I added a second 4K monitor that connects using Thunderbolt 3. When both monitors are connected and the laptop lid is closed I noticed that CPU was running at 70% with temps for both CPU and GPU at 65 degrees C, performance was really bad too.

I replaced the cable of my older monitor with a new USB C to DP 1.4 cable and the temps and CPU usage has been absolutely fine. I can't really hear the fans ramping up any more unless I'm compiling code or watching a 4K movie.

Using a crappy HDMI cable was the root cause, the cables that come with your monitor are a definite NO NO. Investing in a good quality cable is important for your Macbook to work well.

Did you ever think about forcing to set a higher speed for the fan? Maybe smcFanControl or Macs Fan Control it would help.

I had this same issue with my Macbook Pro. Although it might look like an issue with the CPU or some application using too much CPU but it's not. You can reset SMC but it may not solve your problem. I bet you must be using this external display with HDMI port, a lot of times, the problem can be caused by a cheap HDMI cable, try using Thunderbolt/Display Port on your Macbook and see if it helps because in my case, using the Display port instead of HDMI solved the issue.

While @Varun's answer above helped me find the below solution, I am adding it as a separate answer, so that it might help others as well.

Varun's answer speaks of dust in the fans, however, I got this laptop only a few months back, and thanks to coronavirus, the dust is very low surrounding the places where I live.

Hence I did not bother checking the fan's conditions. Instead, I thought about the other changes that I did along with adding a monitor.

When I purchased a monitor, I bought out a new table to keep this monitor and laptop as well. And as Indians, we like to cover everything, including the table. This table-cover that I was using was a bit fluffy and made of cotton. The air-vents of my mac-book are on the bottom sides of the machine.

The table cover, being soft was blocking the air vents. I kept a book at the bottom of my mac-book (don't have a stand or something) which allowed a gap between the MacBook and table cover, and voila it was back to normal.

What the responses to this post are failing to do is separate temperature increases from kernel / CPU activity. If the Kernel is 600% to 1000% (I have seen this), the thing should get hot. Clean the vents sure, but you're going to waste battery and performance with this happening.

On my machine, I see this often. It's periodic, and then it stops.

Because modern MacBooks all use the Thunderbolt port, and my org is running Symantec and Microsoft ATP defender, my suspicion is that yes, a periodic process that's unpredictable senses the thunderbolt port is being used to save data from the laptop... which is disallowed here.

I have a 4K monitor attached. This happens at high and low resolutions, and sometimes it happens "not at all" with the same setup. It can happen (or not) with NO applications displaying on the monitor.

This is a problem and I hope we can solve this outside of "dust off".

I found when i disconnected my charger, it settled back down. With the AC power adapter plugged in however, it starts out fine then randomly builds up to 400-600%+. Simply unplugging the laptop from the charger was enough for me. I have no clue why though.

One diagnostic that can help: run an external fan and blow it on your portable. Do whatever was spiking your cpus before. If that's no longer a problem, then its definitely a heat management thing that is at issue.

Interesting about the USB cable upgrade solving this sometime. I may try.