How do I revert a change I made to a specific file type's default application?

A few days ago, I was trying to play a .mkv video that was giving me a hard time. VLC wasn't agreeing with it for some reason, so I ended up shifting my efforts to a slick media player I found on GitHub (IINA), but the video still wasn't wanting to open. After troubleshooting and looking trough some forums, I found a potential resolution I wanted take a shot at. I ended up changing the default application within the 'get info' window; selecting the 'change all..' option so that all .mkv files would open with IINA. This solved the issue I was having with the .mkv, which was great, but I'm starting to think this may not have been the best idea.

I was looking through ~/Library/ earlier today, and I noticed that several .dat files have appeared as filetype 'IINA document'. 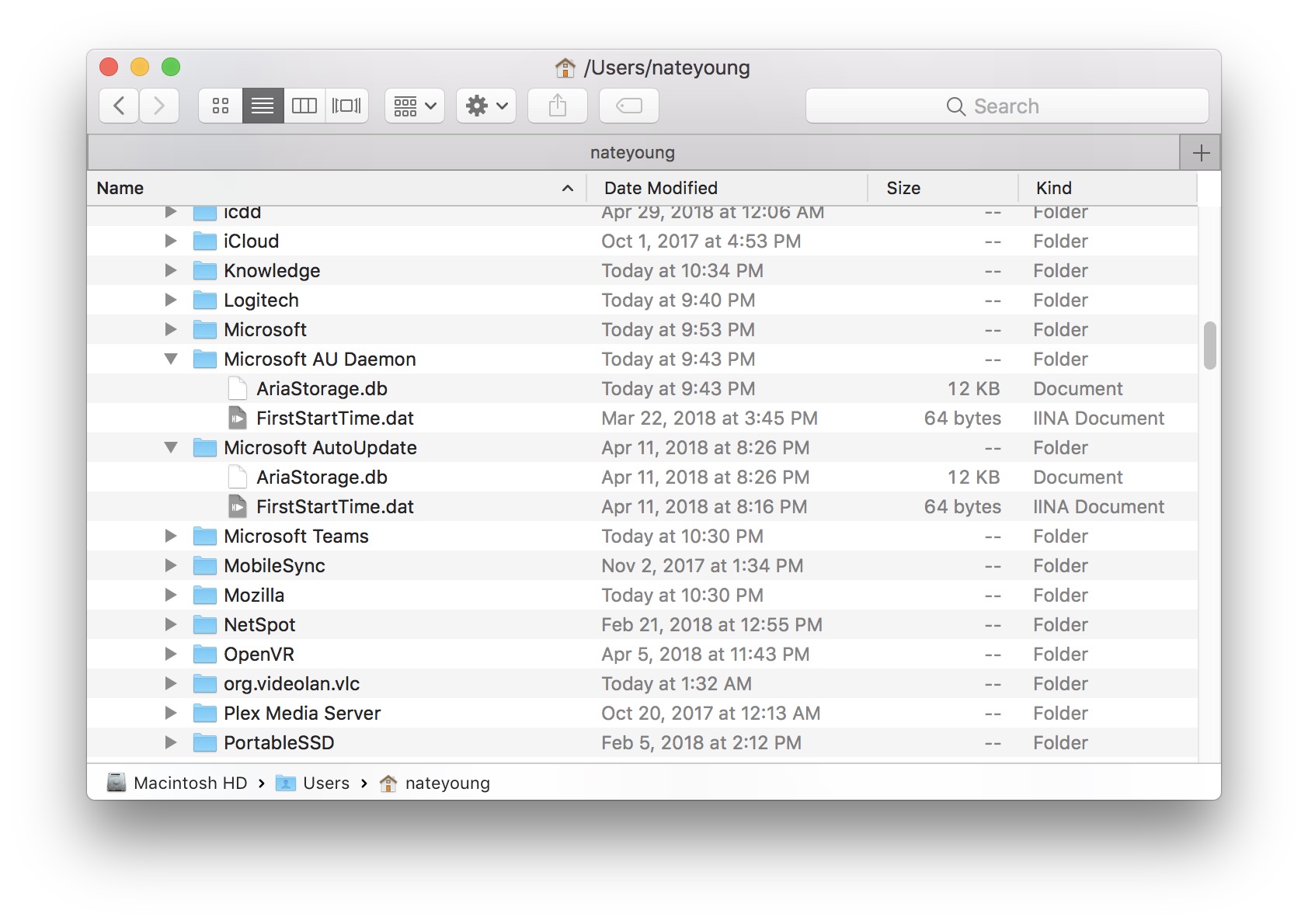 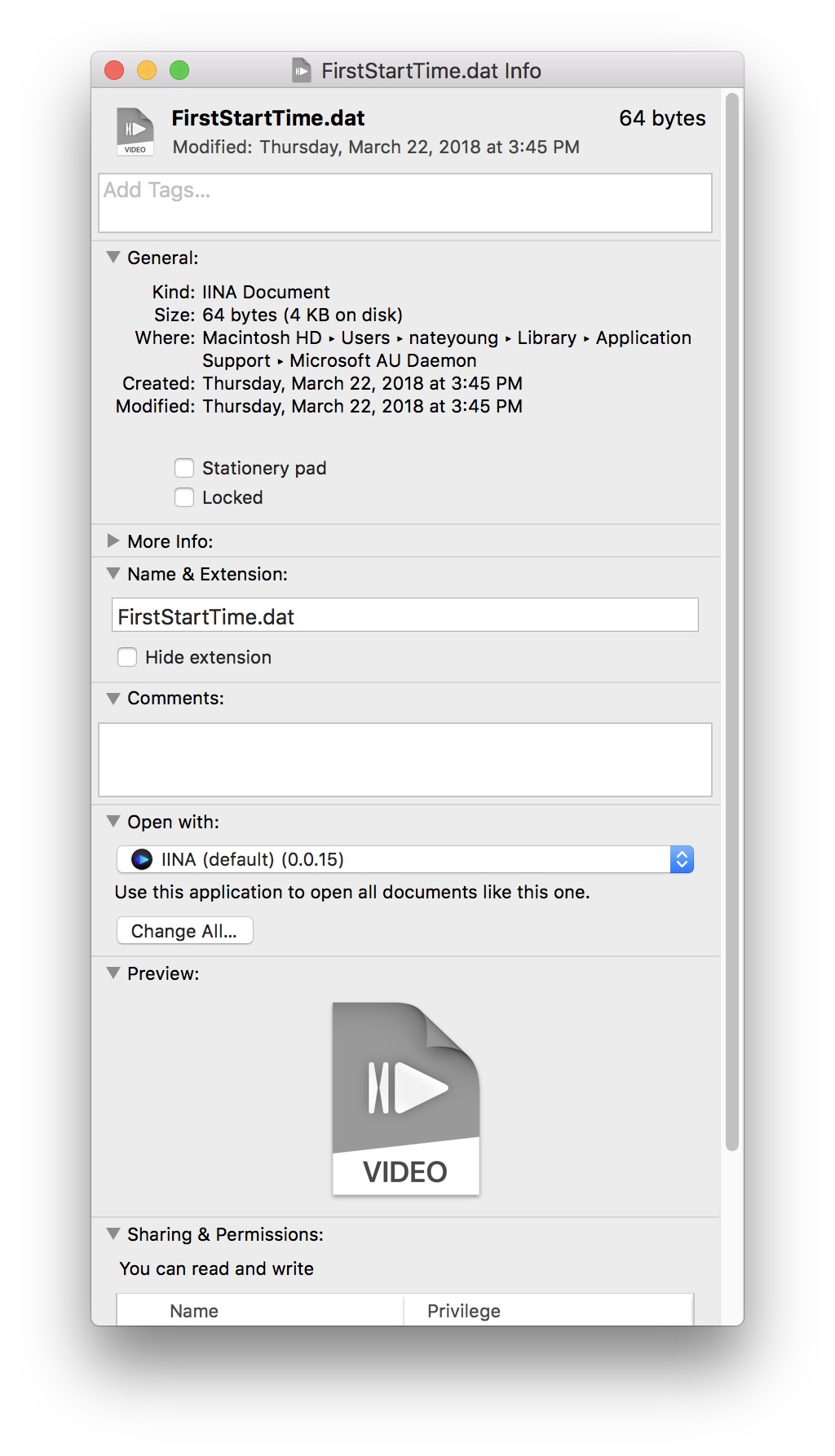 I don't know if this is even something to be concerned about, but it seemed strange to me. Is there any possible way to revert the change I made as if it never happened? I don't think there was any default application before I set one myself because I had to click 'other' and search through finder for an app that supported the original mkv.

Having the .dat filetype associated with your new media player is harmless.

The examples you provided are simple ASCII text files containing the initial settings for automatic updating of your MS Aria account. There are likely many more files with the same extension on your hard drive, created by any number of software providers, representing for the most part the workflow equivalent of a sticky note on the door of a filing cabinet.

So, then, how did a media player come to think it was the default application for a data file? A search of filext.com revealed the .dat extension is commonly associated with both Video CDs and elementary media streams. It is likely IINA can play them both, and is simply being assertive in declaring ownership of files it believes it can open. (On my system, it is the app MPEG Streamclip which claims .dat files as its own, marking them with its icon just as IINA placed its icon on yours.)

If you can live with the change in the icons’ appearance, then there’s no need to do anything. The worst that could happen would be an abortive launch of IINA via an inadvertent double-click on a .dat file. If, however, the current appearance does annoy you, then you can simply use the Open With.. Change All.. procedure and assign the filetype to TextEdit.app. This will restore the previous "generic document" icon.

I wouldn‘t be to worried about the .dat files. They are only 64 bytes in size, so there can‘t really be much inside of them that could cause harm. Have you tried to open it with a text editor and see what’s inside?

If you don‘t trust it, uninstall it and the .mkv apps should no longer have a default application to open with. Alternatively, just change the default app to QuickTimePlayer.

Another option is to use a third party app called RCDefaultApp. With it, in the Extensions tab, you can choose your file type and choose an application for it. With the „disable“ option you can set it to not having a standard application to open with (see screenshots on website).

Not the answer you're looking for? Browse other questions tagged macos finder video settings mediaplayer .