How to show the macOS menu bar on fullscreen mode

When you maximise apps to fullscreen on Mac OS Sierra, the menu bar is hidden. This is expected, because it's full screen, but if you're using an app with tabs (like Visual Studio Code), the menu bar often drops down when you're trying to switch tabs. This can be infuriating.

Google Chrome doesn't have this issue because the developers have cleverly coded the app to move the tab bar down when the menu bar appears. Unfortunately this option isn't available in Firefox or Visual Studio Code.

I've been trying to find a way to permanently show the menu bar when apps are fullscreened as a workaround.

macos menu-bar fullscreen
Share
Improve this question
asked May 4 '18 at 11:50

I don't know if this is considered full screen but if I click on green button in top left corner of app while holding down option key, the app screen will maximize but leave apple menu visible.

Here's how I did it.

I installed an app called Magnet which is a neat Window manager for MacOS. It brings Windows' neat Window snapping feature to MacOS and lets you designate how much of the screen a window should take up. One of the modes it has, "Maximise", actually resizes a Window to fill the screen without fullscreening it. 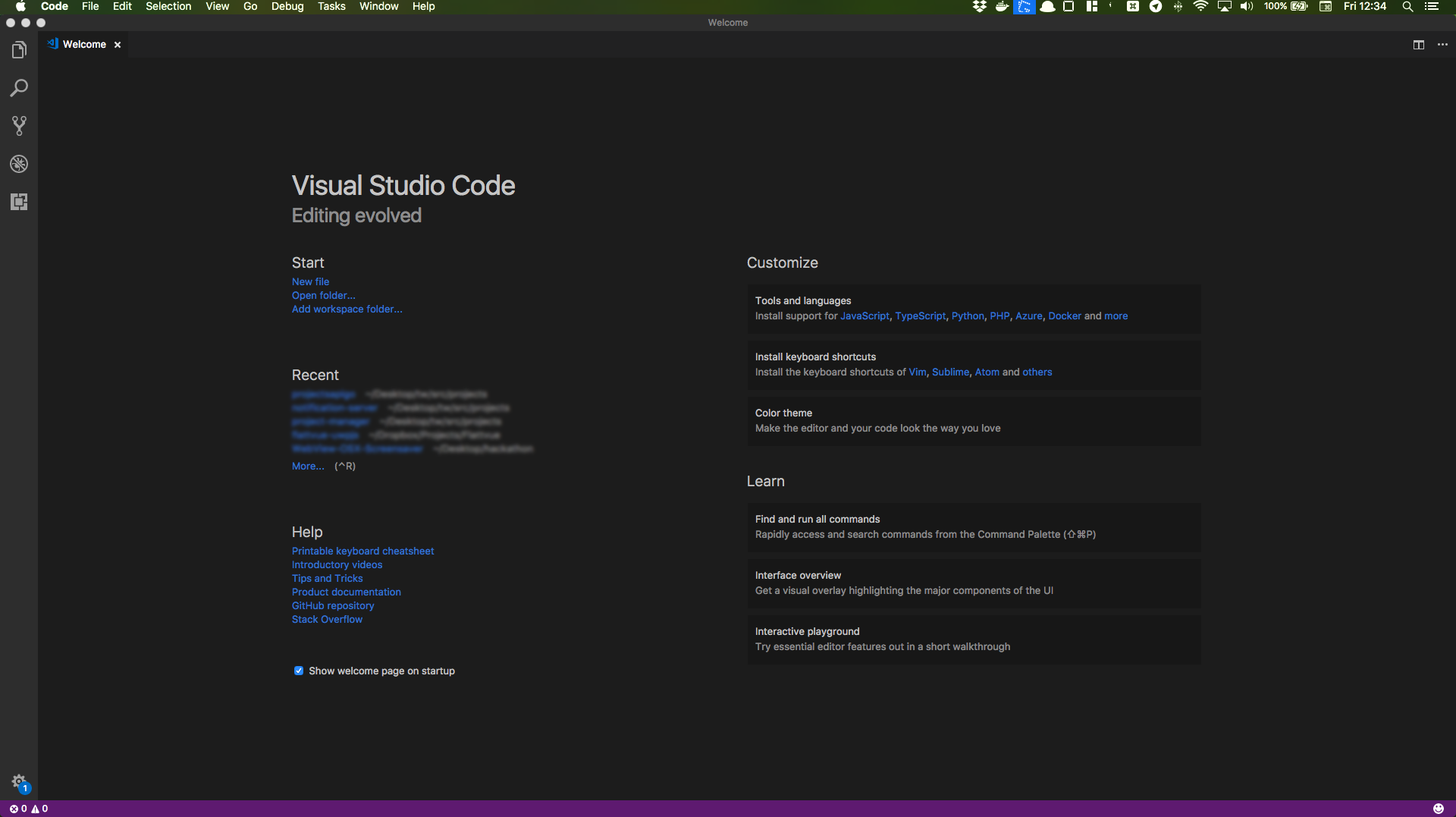 As you can see the results are pretty good. The one down side of this approach is that using Magnet to "Maximise" a window doesn't create a new desktop Space like MacOS fullscreen mode does, but you can manually create a Space using the mission control spaces bar and maximise the app there with Magnet. You can then use Mission control to move this Space around with Mission Control as normal, but it will have a generic name like 'Desktop 2' etc 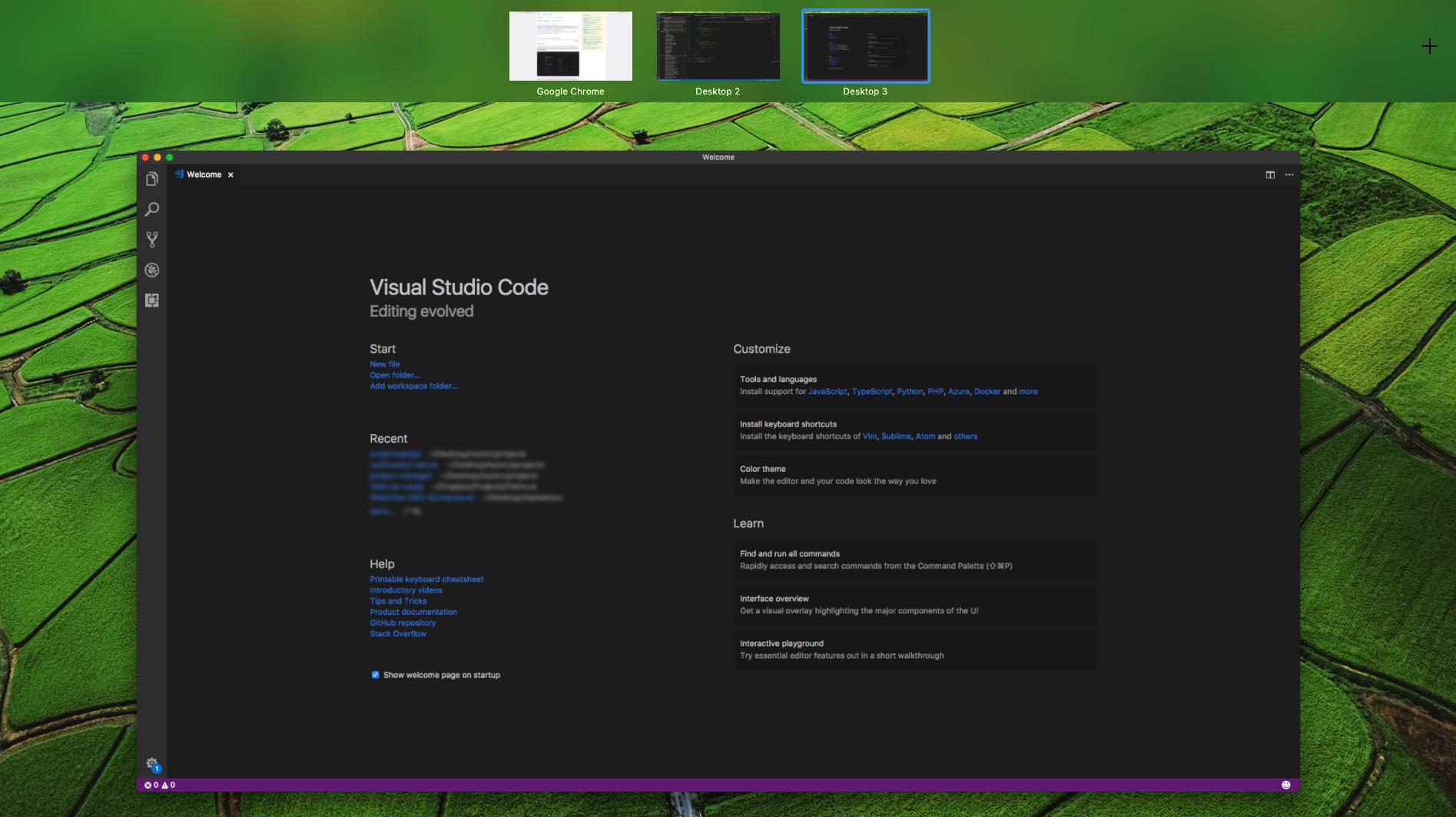 When I had this exact same problem, the other posts worked but I found a (seemingly) new setting in VS Code that allows for the quick switch to the macOS menu tab using just a keyboard shortcut (fn + ctrl + f2) once the following setting had been set.

That did the trick for me in the Code app.

S. BindlossS. Bindloss
1111 bronze badge
Add a comment  |
0
Want to improve this post? Provide detailed answers to this question, including citations and an explanation of why your answer is correct. Answers without enough detail may be edited or deleted.

If you create a new desktop from mission control, then use jmh's answer, you will get the same behavior as just pressing the green button alone, but preserve the menu bar.

Not the answer you're looking for? Browse other questions tagged macos menu-bar fullscreen .

10
Add a delay to menubar dropdown in fullscreen apps
99
Make the Menu Bar never show while in Full Screen
12
In Fullscreen, disable auto-hiding Mac menu bar
75
Is there a way to make the Menu bar show at all times in fullscreen windows?
3
Prevent menu bar from dropping down while in fullscreen
8
How to get rid of the “Do Not Disturb” Menu Bar icon?