I'm trying to record a podcast using two different microphones (after already realising you can't record using 2x the same mic) on my Mac High Sierra. I've tried this with multiple microphones but I always have the same issue. One mic only has "1 input", the other has "2 input" and it affects the way they record sound. 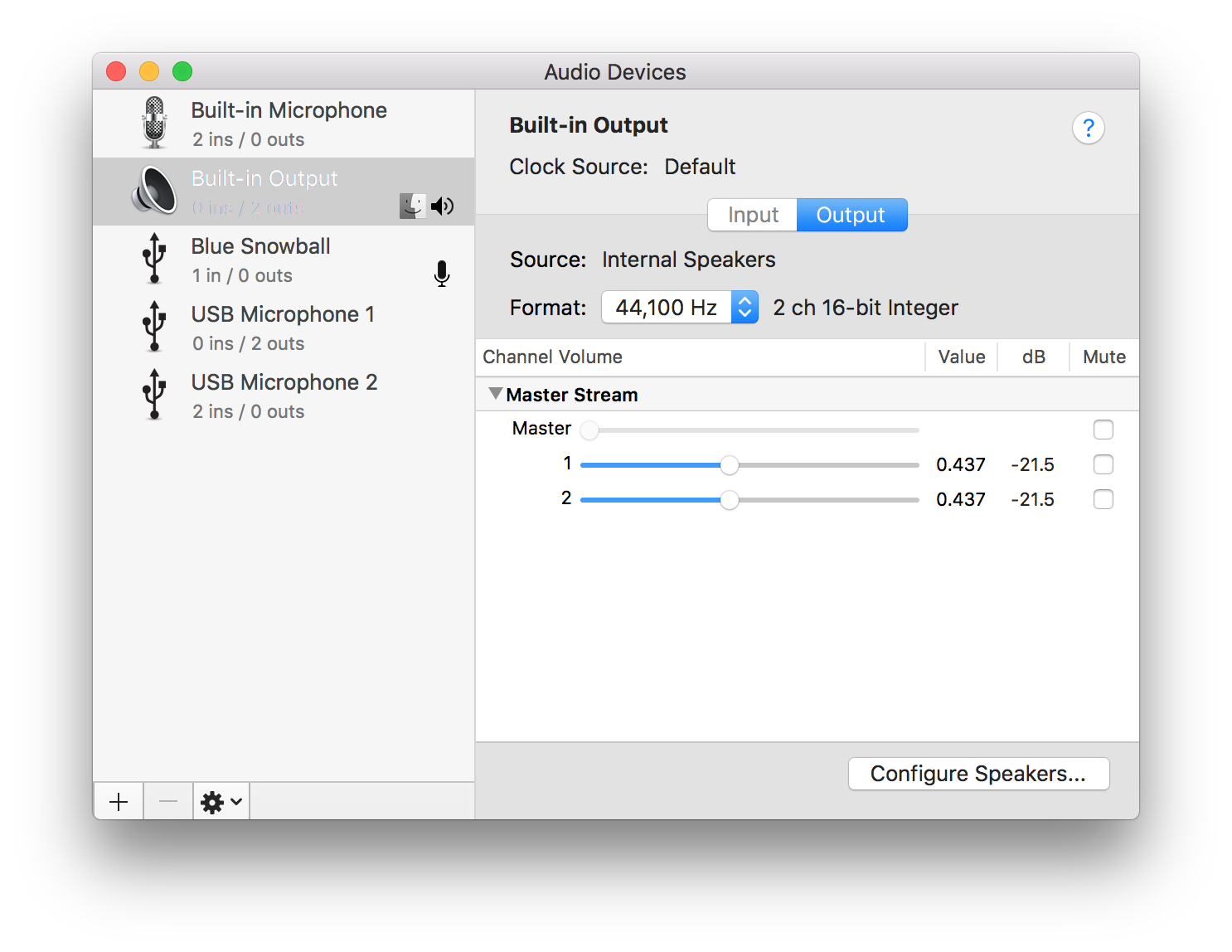 When I create an aggregate device using these mics, microphone 1 records audio only on the left side of the speaker. Microphone 2 records in stereo, coming out equally on both. Instead of having 4 inputs, the aggregate device has 3. All I want is to record myself and my partner on two microphones simultaneously and output in stereo so you can hear both of us in both earphones.

In video tutorials, my exact same Snowball microphone appears on their computers as having 2 inputs. Any ideas?

5
How to connect a 3.5mm microphone (not amplified) to an iMac for recording?

2
How can I force Mac OS X to treat my Mackie Onyx Blackjack as a mono input device?
0
Use a USB sound card with multiple input lines in apps like Skype or Dictation?
0
Route USB mic input to System Audio output for Camtasia 2?
1
Headset mic too low only on Macbook
0
No audio going into GarageBand
0
How can I mix multi-channel input device down to mono?