During a Pages update which was pushed out a few months ago, Pages obtained the ability to write equations using LaTeX or MathML commands. According to an Apple Support article, the size and color of the equation can be changed (source):

This does not mention anything about the font used for the equation itself, which seems to be something similar to a Times New Roman font.

Is there any way to change the font used, preferably to something like Latin Modern Math?

I was considering the possibility of replacing the font file Pages uses with a downloaded Latin Modern Math font file, but I'm not sure what to replace. Could I replace Times New Roman in /System/Library/Fonts/ or something like that?

Pages uses blahtex to generate PNGs from the rudimentary maths environments. The following fonts are available out of the box with blahtex:

Unfortunately, Pages does not support all of these fonts, most notably mathcal. Pages does support: 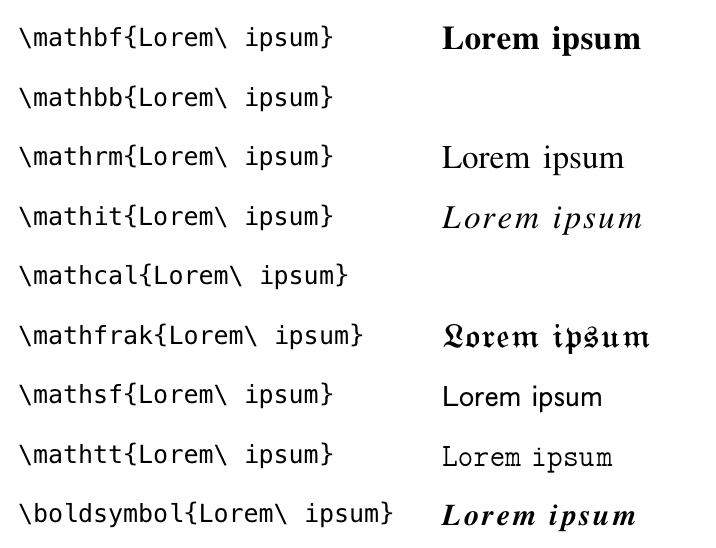 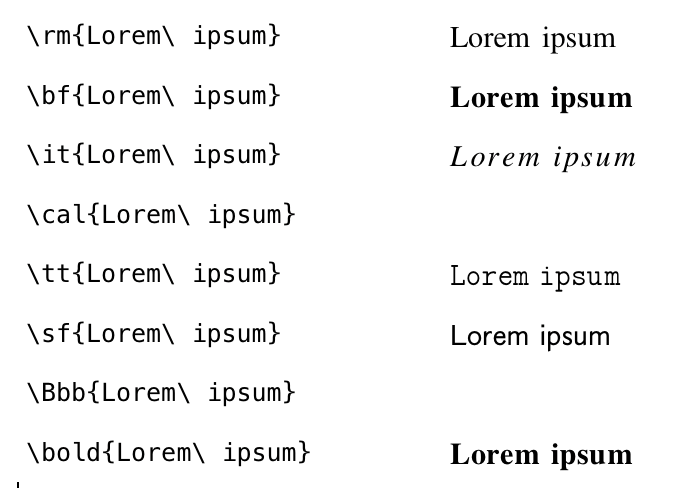 This is not possible to change the font as the LaTex panel as it is strictly in maths mode.

The LaTeX insertion panel in Pages v6.2 is strictly in math mode, and does not allow changing to another font (e.g. Helvetica), as one could do in the main Pages document body, or in LaTeX proper. You can change to a different style for the default font as outlined in the blahtex/blahtexml guide (direct link to PDF). The usage of these operators is not further documented, and though \mathsf{x = y^2} works, this format does not apply for all in the following list.

Some of the fonts, not all are available:

Not the answer you're looking for? Browse other questions tagged pages font .

2
Keynote: change the font of an equation