How to create a simple keyboard macro with Automator?

How can I use the built in tool, Automator (rather than a 3rd party app), to create a simple keyboard macro?

For example, I want it to press Cmd-Shift Left, then Cmd-U, then Right, etc.

I tried using the record feature to create this macro, but ran into several problems.

The first is that it's copying my mouse events after I press record and as I go into the application I want to run the macro on. For example, in this case I want to run it in Chrome. I ended up deleting the first few steps which involved launching chrome. The reason I deleted them is because I don't want it to be limited to a specific application, and I think that it just adds to the complexity if it tries activating an application. I want it to stick with running keyboard commands only.

The second problem is that I'm not sure how to initiate the keyboard macro. Do I save the recorded file? Where to? How do I invoke the macro once I am in Chrome? Is there a way to assign a keyboard shortcut to it?

If you don't want to use any third party apps you are really complicating your life. Although I think it's possible.

1) Open Automator and create a new Service. In your workflow you want to Run Applescript. In there you tell it to press the keys you want. 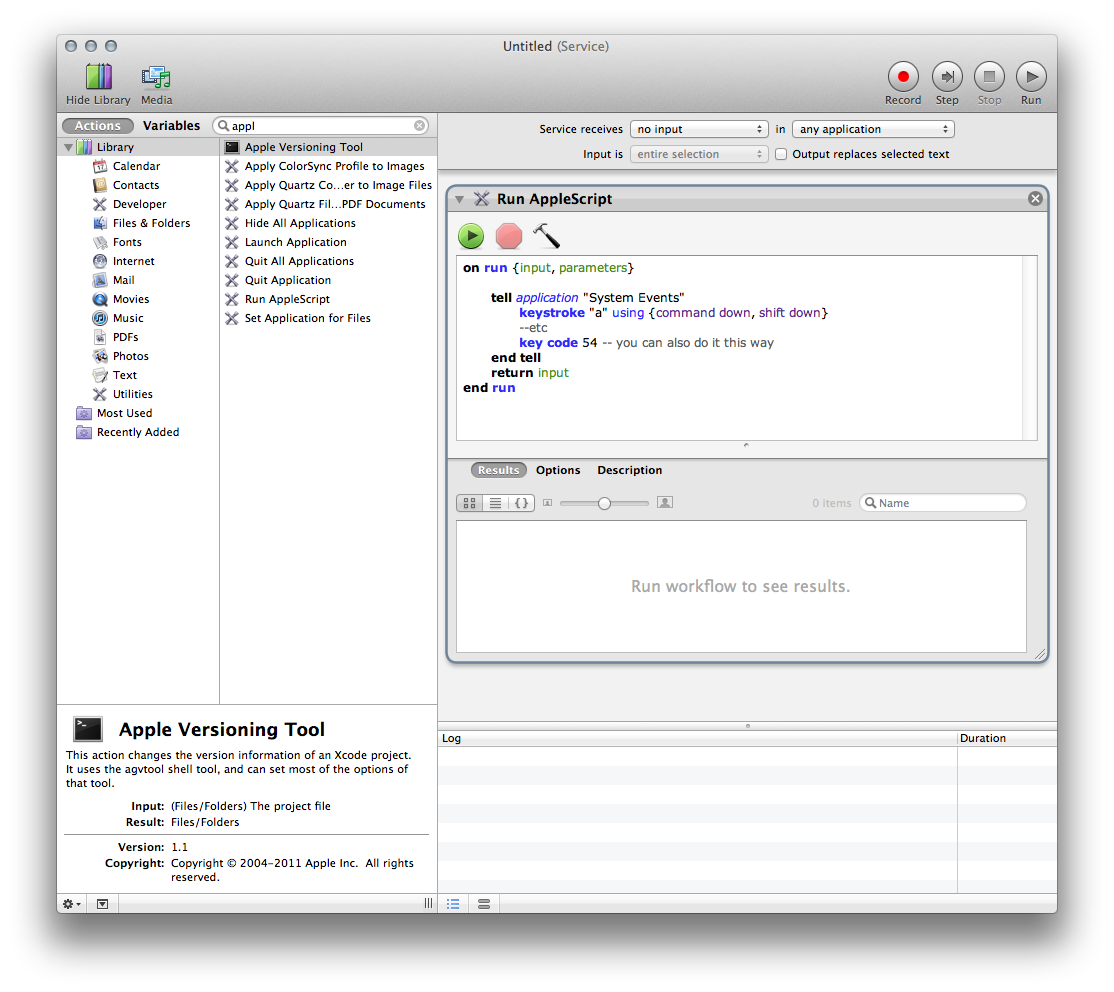 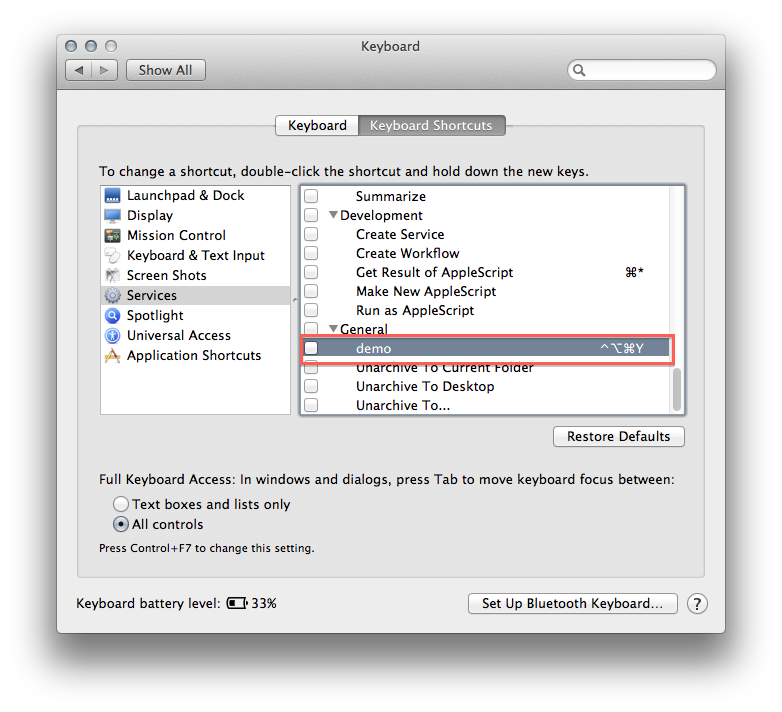 I have gotten this to work by testing the Show history function Cmd-Y. Hopefully the above isn't too cryptic.

If you want to set global shortcuts and run scripts you might want to look at BetterTouchTool: http://blog.boastr.net/

Not the answer you're looking for? Browse other questions tagged keyboard automator .

2
How to make Automator insert “AW” into a Stickies Note
0
Keyboard Shortcut to manipulate window position
0
How to use the mouse scrollwheel to trigger a macro/service?

4
How to Find What a Particular Keyboard Shortcut Does?
3
To stop a process in Matlab with Dvorak keyboard
1
How to assign multiple apps to single focus command shortcut in Slate?
2
How to assign a service keyboard shortcut for a specific application (non global)?
0
In Automator, how to get the folder contents after a “Run Shell Script” action
1
How to create an option in the Print menu with Automator
2
How to make Automator insert “AW” into a Stickies Note
5
How can I set a keyboard shortcut to paste text?
1
Single Keyboard Maestro keyboard macro, but different action depending on active application?
2
How to create a pasting macro