How can I use more than one connected drive for Network Time Machine backups on Lion Server? 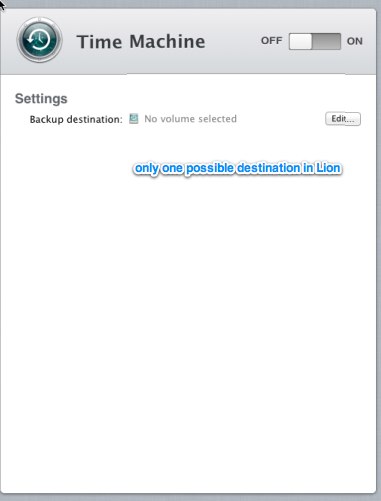 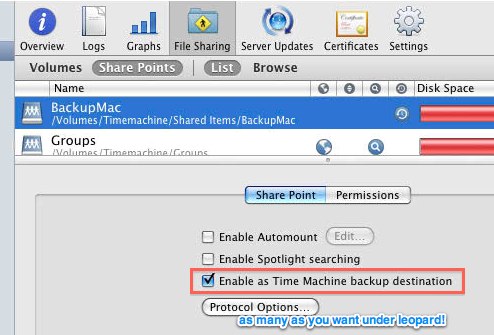 How can I select more than one Time Machine Backup Volume to share in Lion Server (like I used to be able to do in Leopard Server).

Alternatively - is there a way I can pool these partitions together (across about 4 disks) so that I can support up to 4TB of backup space for our workplace? Under Leopard we just shared 4 1TB external drives.

I've also seen this problem mentioned here, with no resolution.

My headhurts from fixing this. I found this discussion thread which allowed me to enable Time Machine Sharing for more than one volume. It's not as tricky as it sounds, but you do need to go step by step.

The only things I had to do that weren't in this discussion thread were:

I have figured out a way to enable multiple backup targets. However, it's one of these things I wouldn't want to describe to anyone except true programmer types, because everyone else has a 90%+ chance of messing up their system if they do something wrong. It involves turning off file sharing, and then editing the plist files in /private/var/db/dslocal/nodes/Default/sharepoints/

The gist of it is this:

a) first create all the share points you later want to use for TimeMachine, and set them up for afp-only file sharing, also create one TM target, which you can either use later, or have there so the system has one entry it knows how to handle. I just made a bogus one that I'm not actively using.

b) turn off file sharing in Server.app

c) turn off TimeMachine in Server.app

d) now you can edit the files, the easiest is with Xcode, so you may want to install that first

e) for each sharpoint you made in a) there will be a corresponding .plist file in the location indicated, these are the files that need to be edited.

f) for each of these files 1) the item0 string property in the timeMachineBackup array must be switched from 0 to 1 2) a new key of type array with the name timeMachineBackupUUID must be created 3) in the newly created array an item of type string must be placed with the value of a UUID, which can be created with the shell command uuidgen

g) make sure all the edited plist files are saved

h) turn on TimeMachine in the Server.app again

Big thanks to Ronald C.F. Antony who found this fix on Apple's Discussions.

Not the answer you're looking for? Browse other questions tagged macos time-machine osx-server afp .