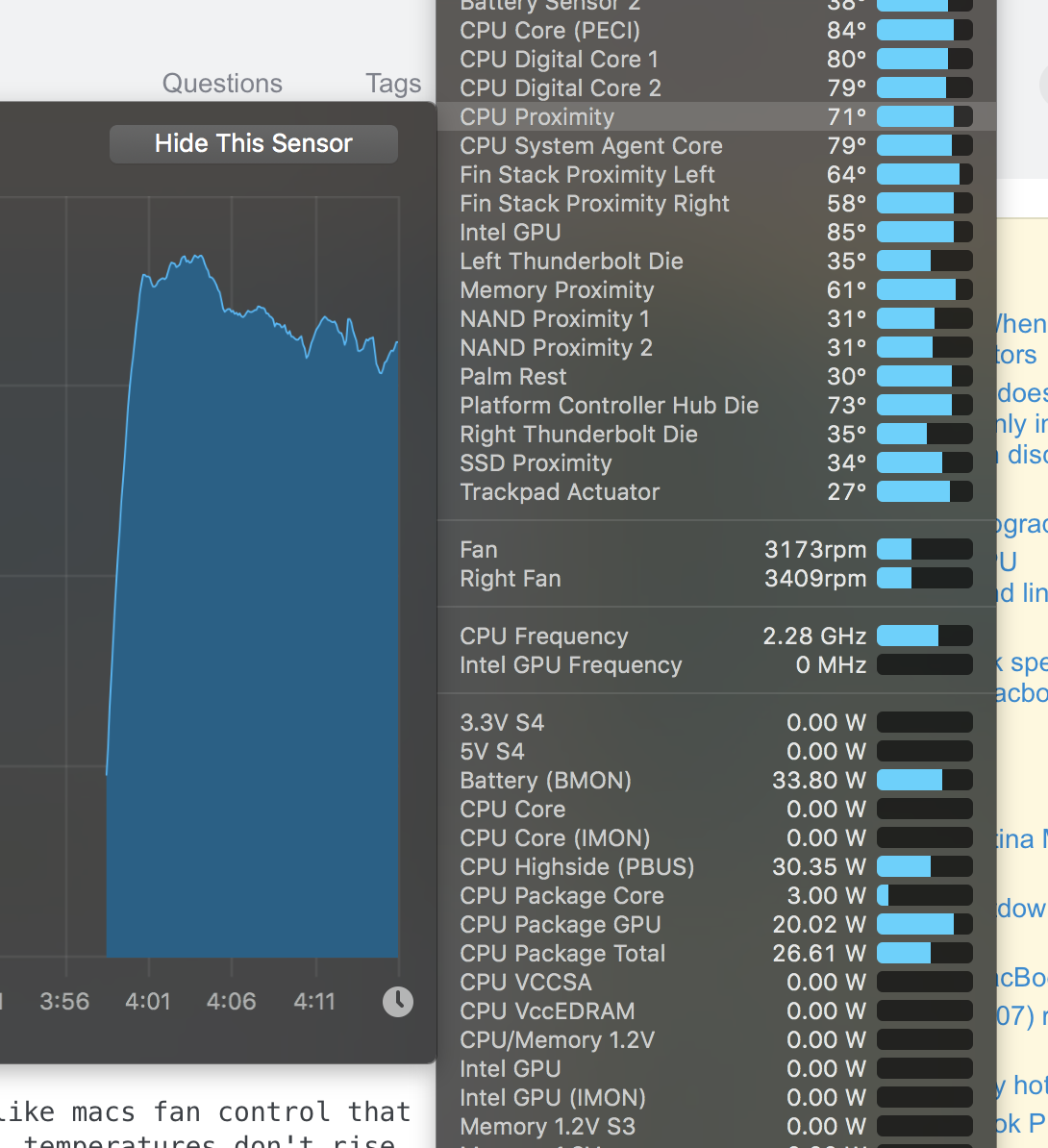 When I run an app that monitors CPU temperature, it rises from 40° to 76° in 3 minutes. Even though the CPU usage is 12%, CPU package power draw maxes out at 31W. I checked the clock speeds and temperatures from iStat Menus. The CPU core power draw was only 7W at maximum and integrated GPU power draw was at 21W.

My Question: How do I fix this? 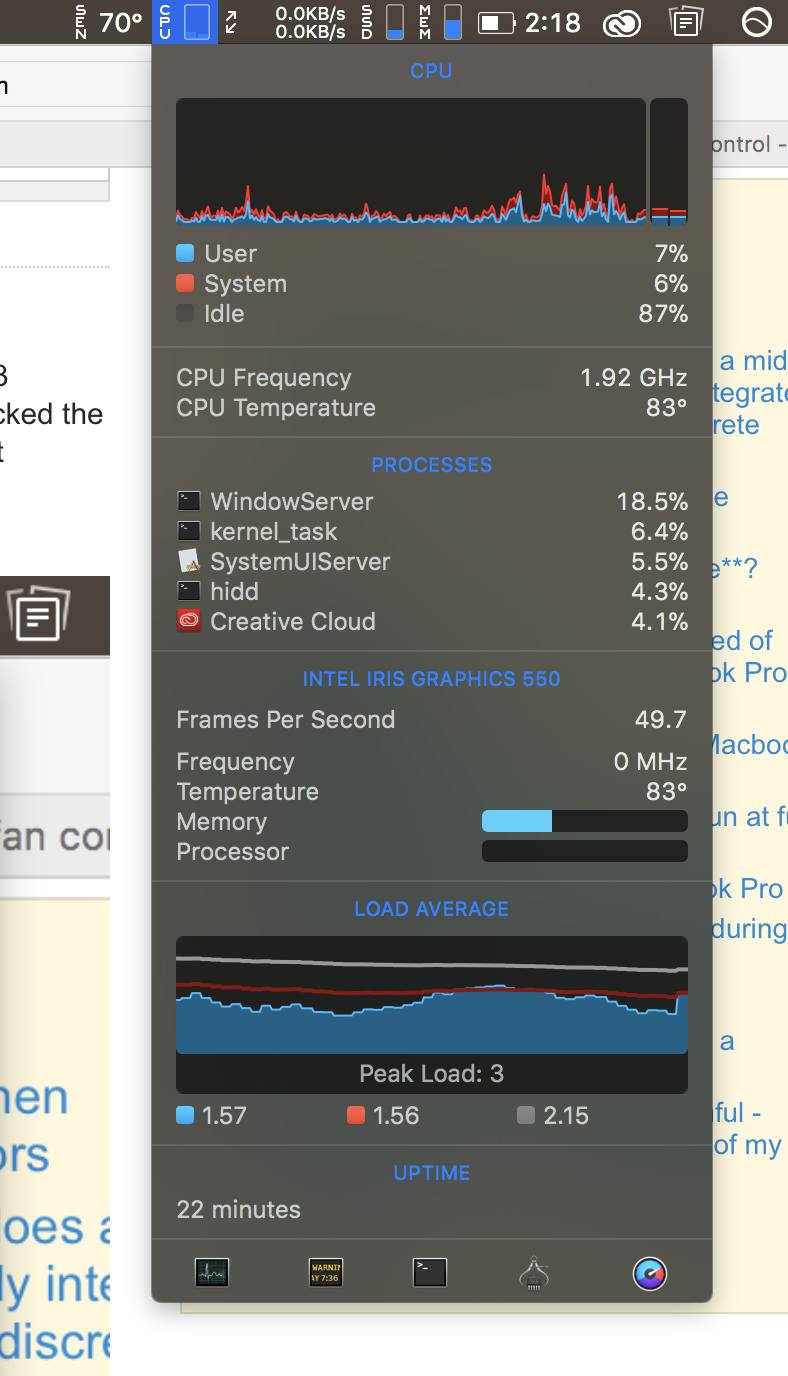 But GPU frequency was at 0MHz. When I use apps like Macs Fan Control that only displays temperatures as numbers not graphs, temperatures don't rise. Also, when using Intel Power Gadget, temperatures keep rising up to 92°. And when I close the lid of my Mac, it overheats, exceeding the CPU temperature limit and crashes. But when using iStat Menus, temperatures hover around 70°.

Fixed it! Driver issue. I was using an older version.

Not the answer you're looking for? Browse other questions tagged macbook-pro hardware gpu cpu temperature .

0
iMac running too hot?
4
Is there a way to control the clock speed of the GT 650M GPU in a Retina Macbook Pro from OS X?
10
When using an external monitor, does a mid-2015 Retina Macbook Pro with only integrated graphics run cooler than one with discrete graphics?
7
Macbook pro 13" - 2017 - heating issues when connected to external monitor
9
Is it possible to control the CPU core clocks on macOS?
6
CPU frequency in Intel Power Gadget
1
Mac mini fan never surpasses 7%, even while stress testing