I used AnyTrans to try to transfer some photos to my iPhone. When I did this, it added all my photos to the camera roll but it also added them to an undeletable AnyTrans album. When I press edit, I can't remove it, although I've removed every single photo from that album. 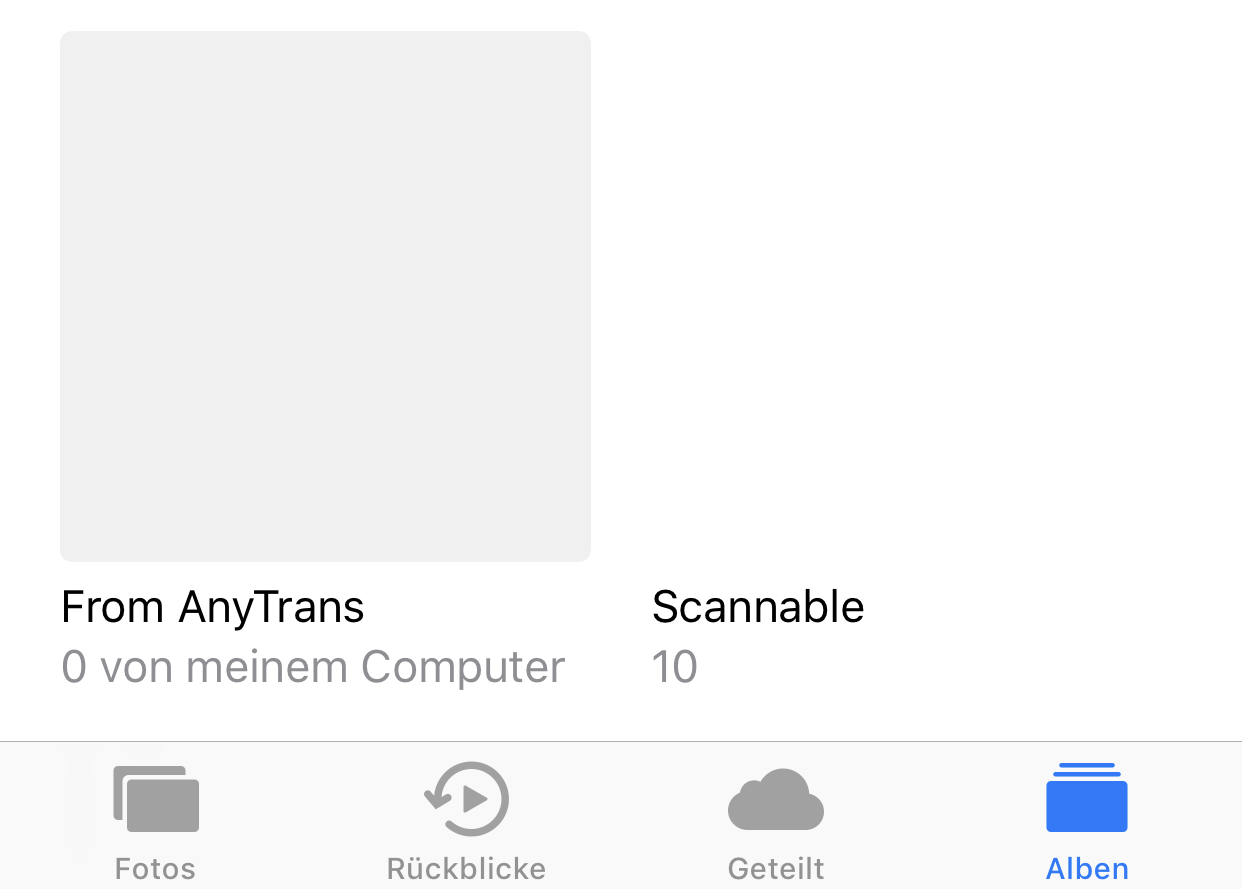 Note that is says "0 from my computer) under the album name.

Here is what it looks like when I press "edit" at the top right: 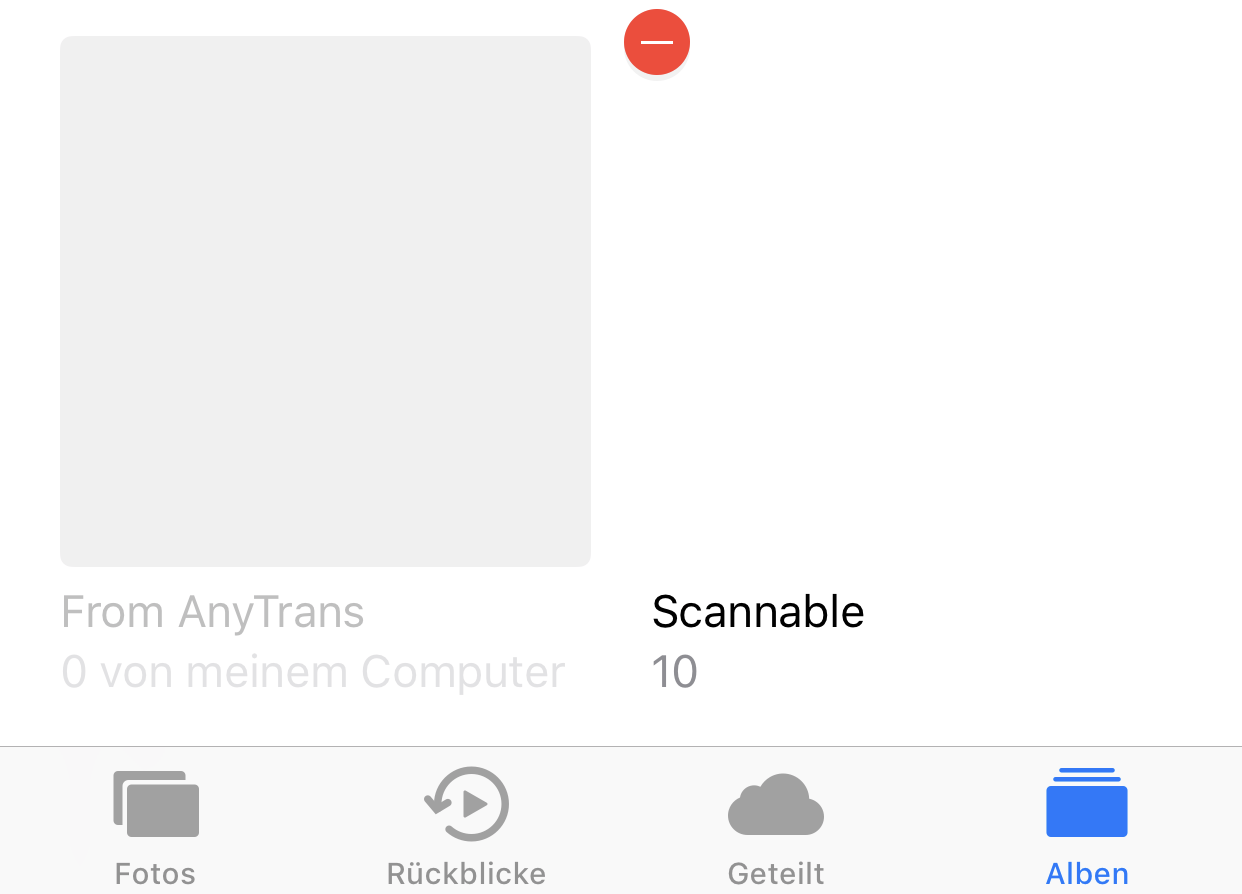 One thing I tried was looking on my Mac's Photos app (synced via iCloud Photo Library), but I did not see this particular album there. It is nice knowing that this album is probably specific to my device but also somewhat annoying, knowing that it would probably show up on a new phone if I restored from a backup. I would like to remove this album from my phone completely without having to set it up as a new phone.

2
Cannot add a photo to an album in Camera Roll
2
How to find photos not in any album in iOS photo app?
1
Transferring photos from iPhone to windows computer
0
Deleting of photos on iOS
1
Will deleting photos from the Camera Roll also delete them from albums?
0
Photos and Camera usage on iOS
1
Deleting Photos from iPhone and iPad
12
iOS 10 photos removing individual photo from people folders
2
Upload to iCloud Photos without adding to Recents album?