I am looking for solution without pressing fn key for one kind of functions. I know I can do some scripting and make little AppleScript app for toggling it but that's the last solution.

I have non Touchbar MacBook Pro running macOS Sierra 10.12.6, if that helps.

Using Automator, create a new file and choose “New Service” as your option 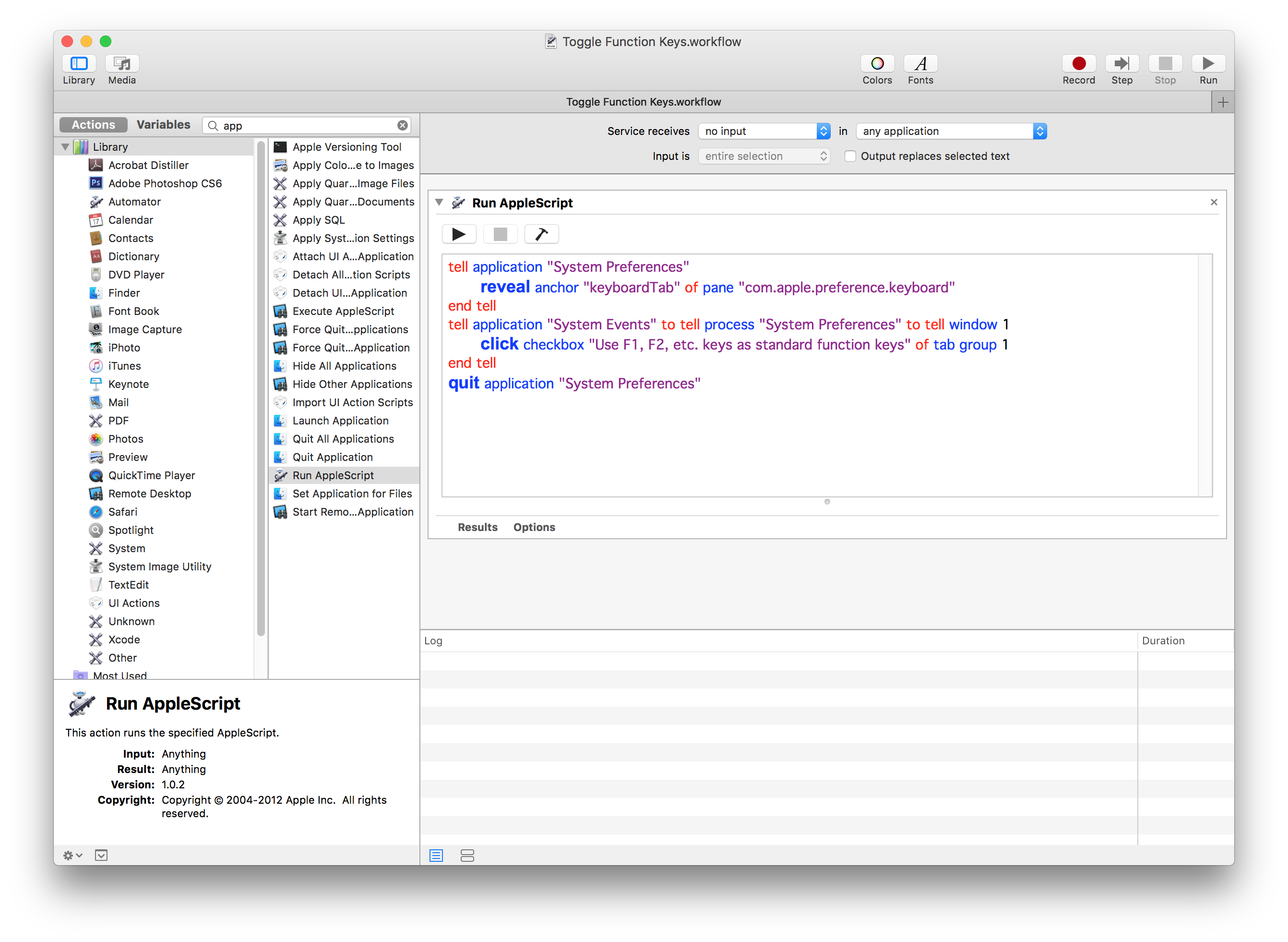 Save your new Automator service, naming it something like... "Toggle Function Keys"

Next, just open System Preferences/Keyboard/Shortcuts/Services And you should see your new "Toggle Function Keys" service Located in the "General" sub-menu And assign it a Keyboard shortcut. 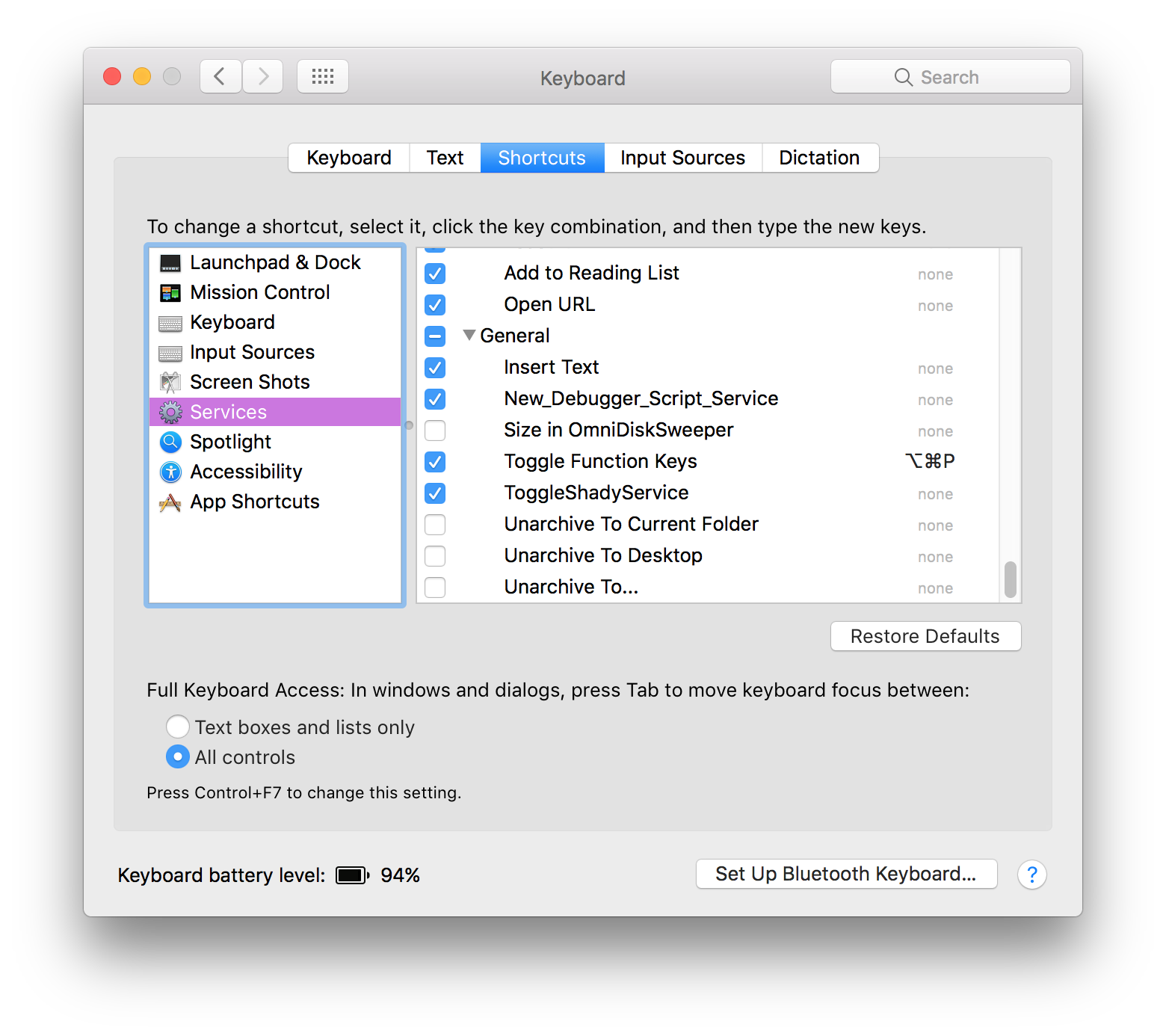 Your new service can now be activated using the keyboard shortcut you created and in the "Services" menu while using any application. 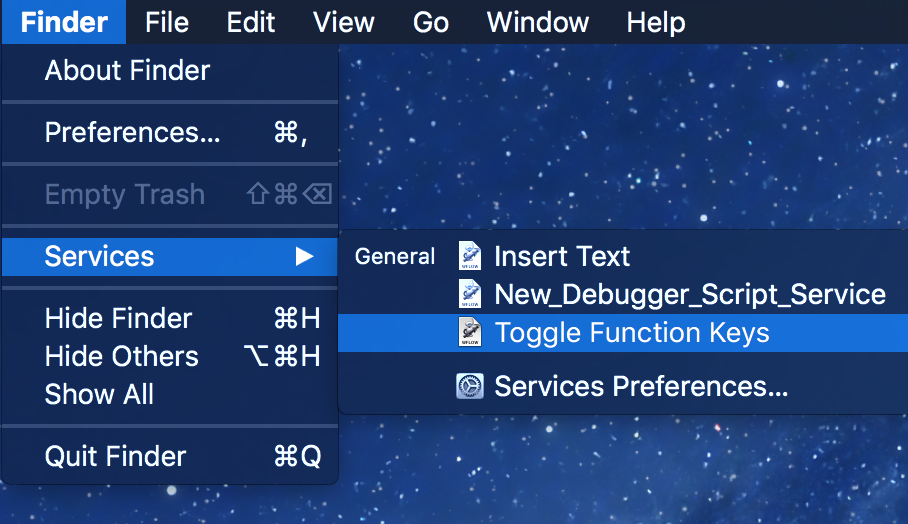 You also have another option.

If you are crazy lazy like I am, you can save that AppleScript code in my answer, in the script editor app as a script and name it something like “Toggle Function Keys.scpt”. You can make the action of toggling your function keys on and off “speakable”. Meaning you can run the script with a dictation command.

Enable enhanced dictation and dictation commands in your system preferences. 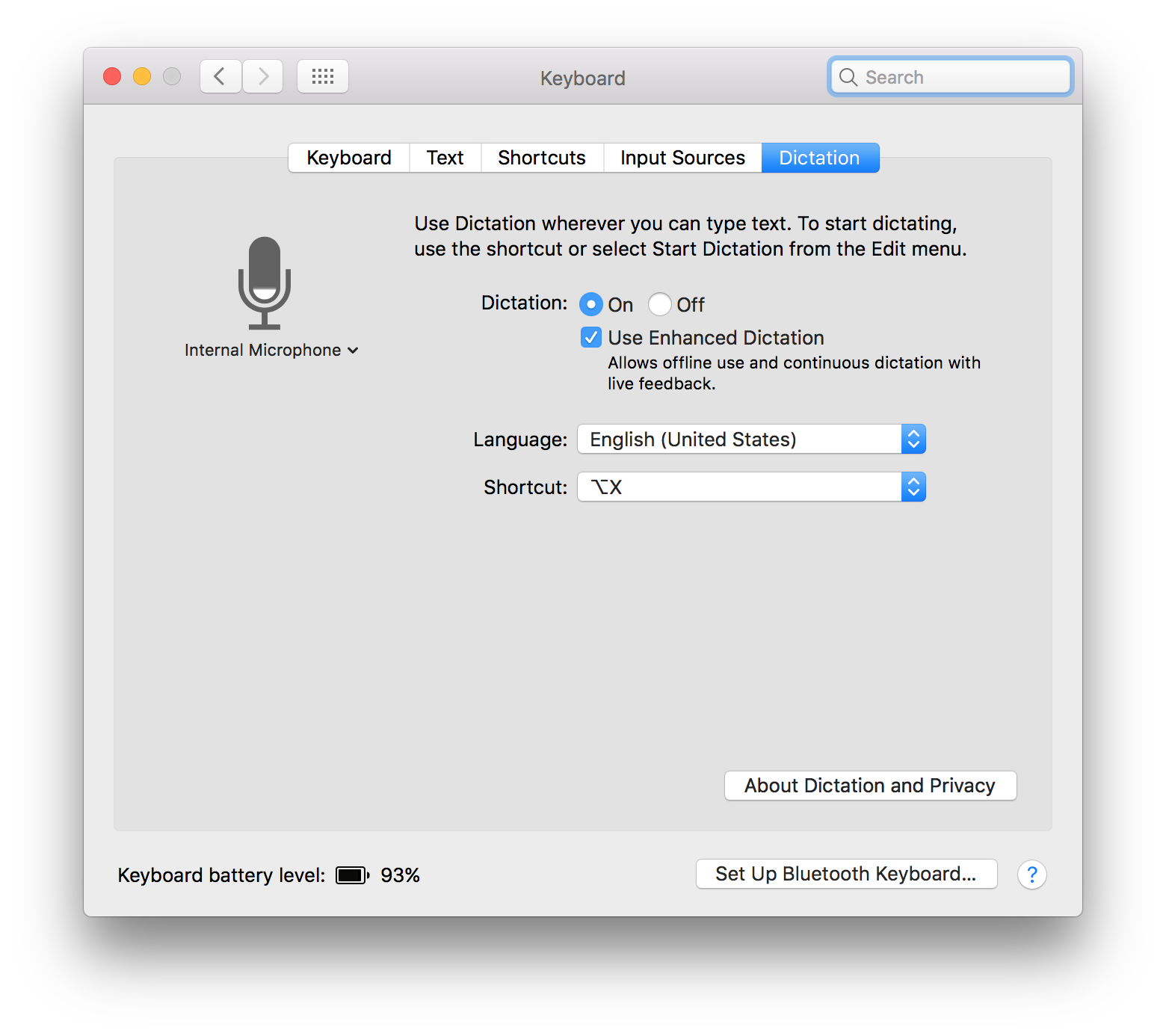 As you can see in my next image, I set “computer” as my keyword phrase... 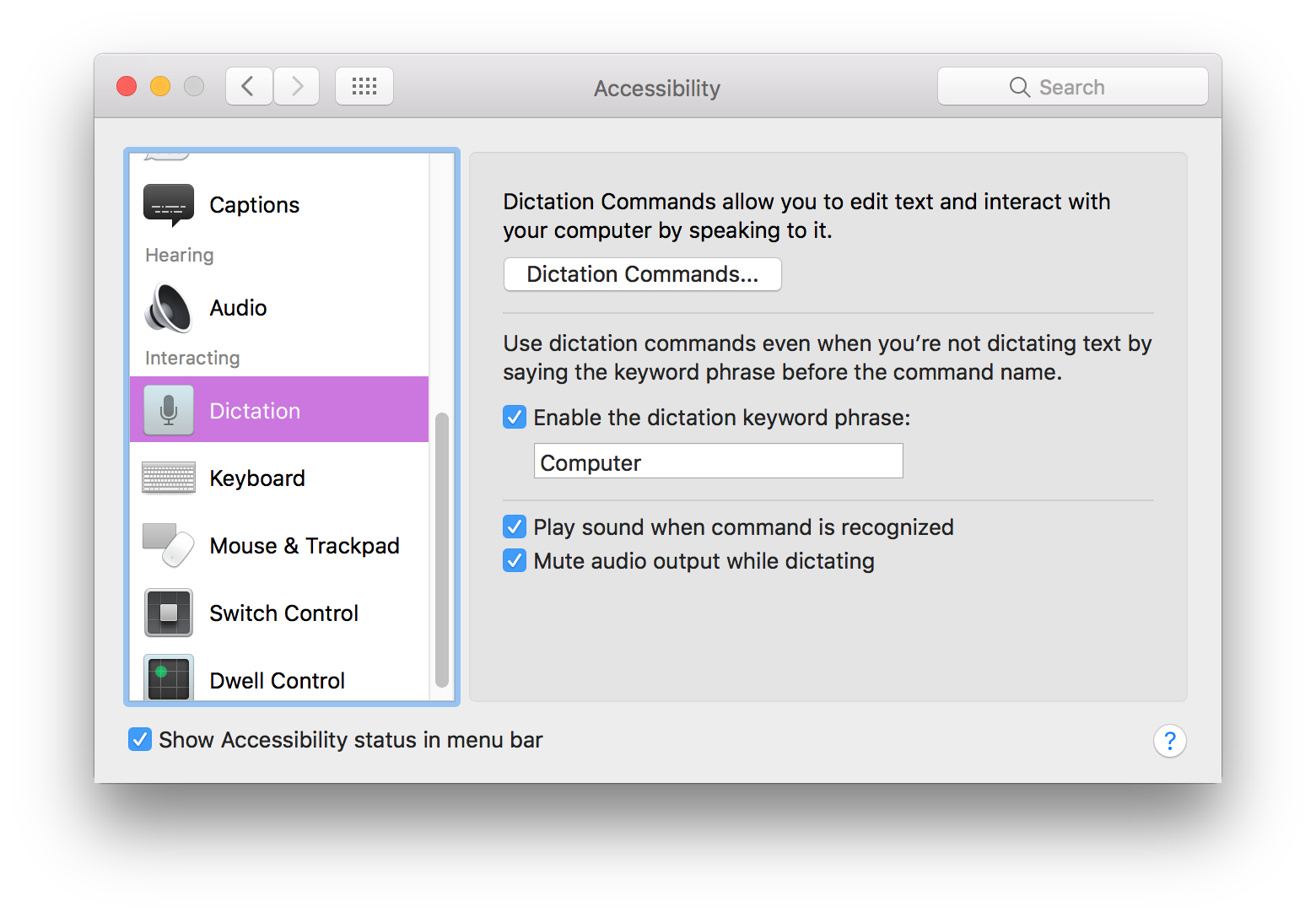 Now with enhanced dictation ready to rock'n roll, I selected the “Toggle Function Keys.scpt” file in Finder and spoke the phrase “computer make this speakable”

Speaking that command opened up this dialog box 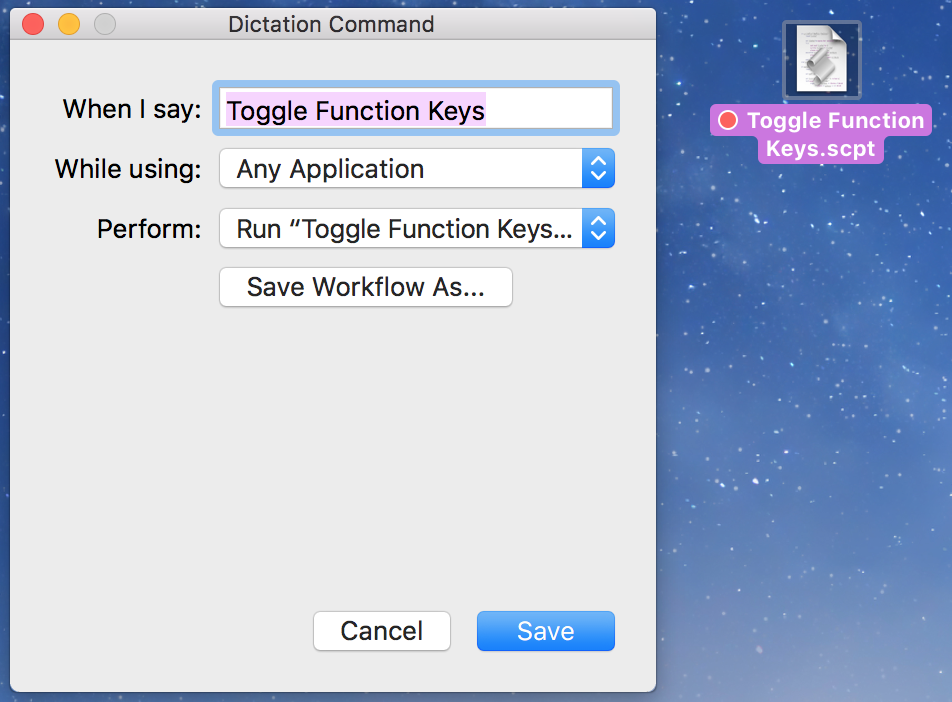 I recommend BetterTouchTool, a little menu bar app that I have relied on for years. With it, you could either create universal shortcuts with or without modifier keys, or create application-specific shortcuts so the functions are determined by whichever application is frontmost. Because the F-keys are special, if you encounter controversial behavior, check System Preferences > Keyboard > Shortcuts and disable the shortcuts that hinder your own mappings. I haven't overwritten my F-keys so I can't remember if remapping them with BetterTouchTool causes controversy or not, but if it does, see System Preferences. It's easier to keep track of what functions dominate if you can aim to keep all the rules in one place.

Sometimes, we are working or gaming and our app may have useful functionality bound to F-keys. So we want our "Use F1, F2, etc. keys as standard function keys" setting ON.

Other times when we are consuming content, we would like the setting OFF in order to easily adjust brightness and volume of the computer. In particular volume is troublesome when the option is ON because even though I can reach across 10 white keys on a piano, my hand is still too small to reach a chord of Fn+F11 or Fn+F12 to adjust volume.

Not the answer you're looking for? Browse other questions tagged keyboard pages .