I have a late 2009 27" iMac which has served my well for many years. Unfortunately, it seems the graphics card is broken. Trying to boot normally, I just get the grey screen of death after the initial chime and Apple logo. First of all I tried all the usual resets, including:

Thanks to the tips from Boot hangs on grey screen (even when booting from USB drive with fresh OS X install) I de-activated the graphics card by booting into single user mode CMD+S on boot and moving the driver files:

After this OS X normally boots up into OS X again, so I guess the graphics card is broken.

Under About this Mac > More Info ... > Graphics/Display the graphics card is still shown correctly:

But even with the graphics card de-activated, there are graphic glitches. 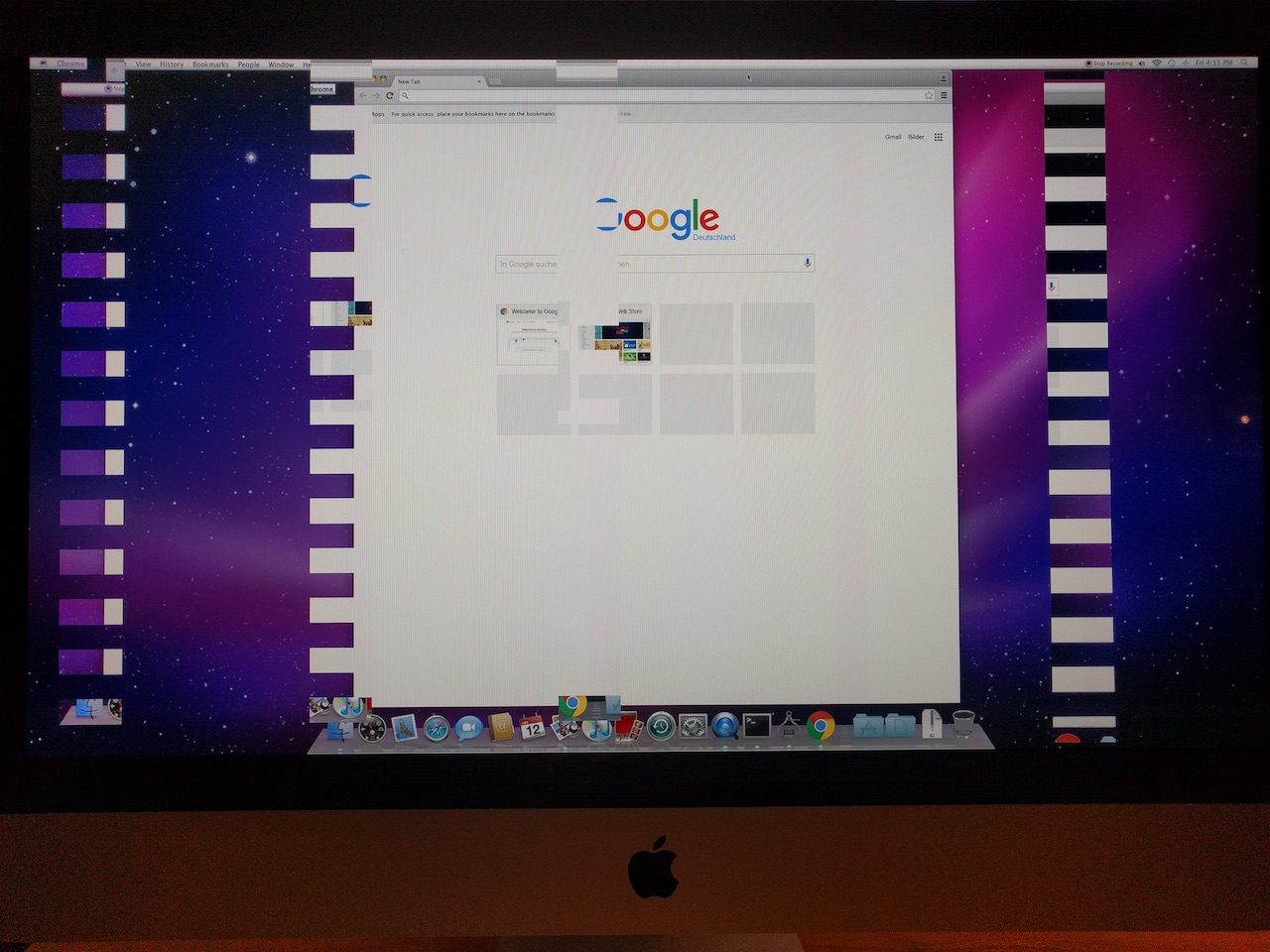