How to find all modified PDF files

I have a folder of 6000+ PDF files (chapters, articles, etc.). I'm trying to weed out/sort those that I've just downloaded but never annotated. Is there a way to do this? Those PDFs that I've never annotated usually have the same "created" and "modified" dates, so I was thinking those criteria could be used (i.e., look for files whose modified date is later than/not the same as the created date), but I have no idea how to do that.

In other words, I need to be able to find any PDF on my computer that has been modified.

Thank you for any help!

Per info in the OP and comments, this will do as you asked.

What the Workflow and example AppleScript code does:

NOTE: While I have tested this and it works without issue for me, nonetheless do not run this until you are sure you have a proper backup! You should also test the workflow on a small sampling of copied files placed outside of the actual search folder the workflow will be run on after testing is done.

Understanding the do shell script command in the second repeat loop:

When a PDF is annotated in Skim and saved, extended attributes are set on the file, e.g.:

The output is piped | to:

Note that Skim does have a built-in command line utility, e.g. /Applications/Skim.app/Contents/SharedSupport/skimnotes that can be used to test if a PDF has annotations made in Skim, however because of its output this utility is better used in an shell script run in Terminal then a do shell script command, and why I used xattr and grep instead.

Note: The example AppleScript code above is just that, and does not include any error handling as may be appropriate/needed/wanted, the onus is upon the user to add any appropriate error handling for any example code presented and or code written by the oneself.

Introduction
Based on your questions and your follow-up comment below it, I think the solution can be as simple as what I am proposing. In addition to @user3439894's well-written comment, I believe you a couple of great choices to accomplish your task.

Implementation
As all files are now grouped by their Date Modified, you can drag them in chunks of individually into your droplet (assuming it does in fact function fully as you say it does).
This would cover the second half of your follow-up comment, while @user3439894 has given you essentially what you are looking for in the first half.
I would be interested in following up with you on how things went, whichever option you choose is up to you, they are both alternatives to manually screening the data one by one.

Probably the easiest thing to do would be to create a smart folder in Finder. This smart folder contains all of the files defined by your search criteria. From there, it's very easy to sort the files in any which way you like. 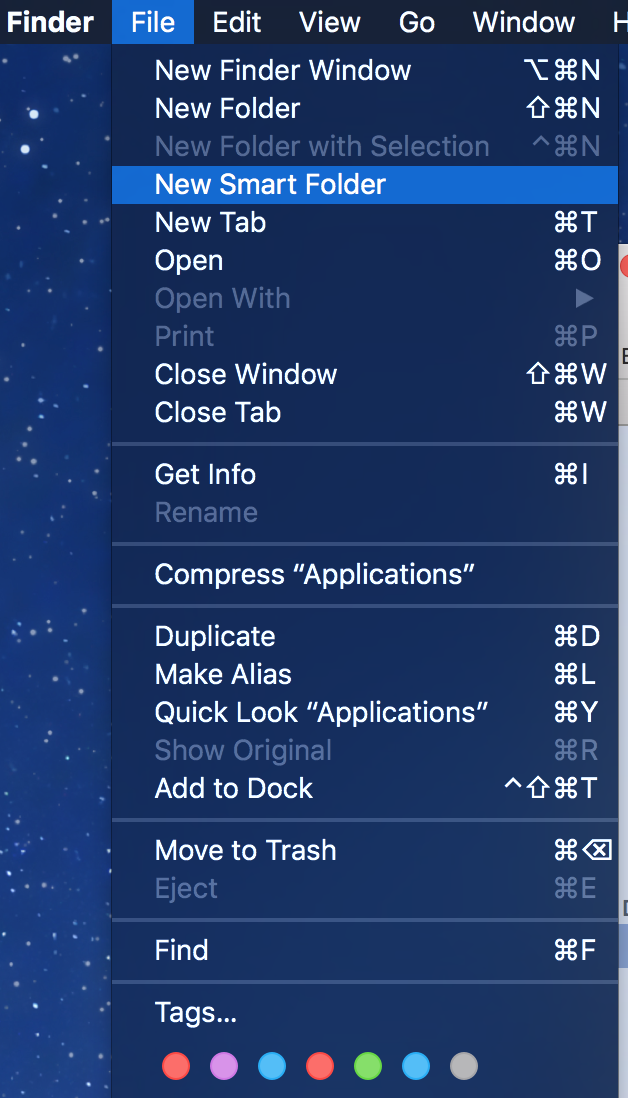 If you want to search your entire computer for the PDF files, select “Macintosh HD" in the sidebar. In the search field, simply input… .pdf 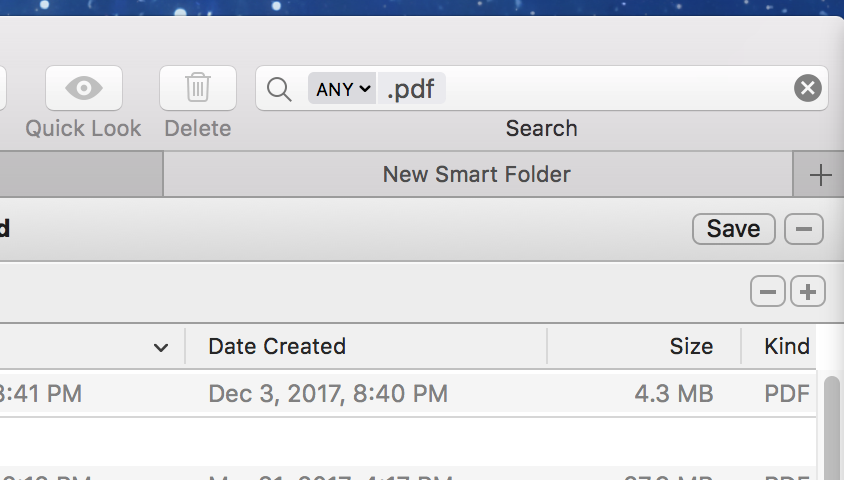 On the right side of that image you'll see a + button beneath the Save button. Clicking that button will allow you to enter more search criteria. There are tons of options you can choose. I chose “file extension” and added .pdf for the value 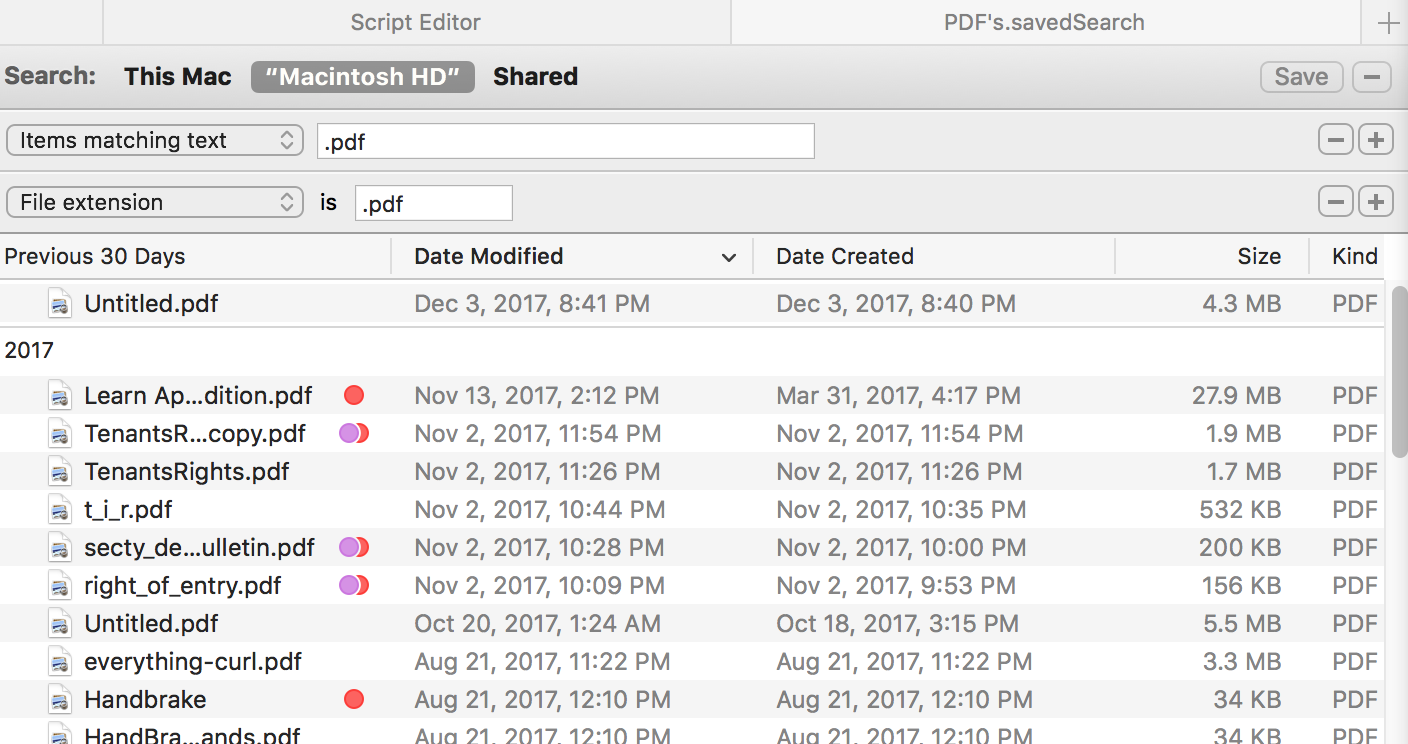 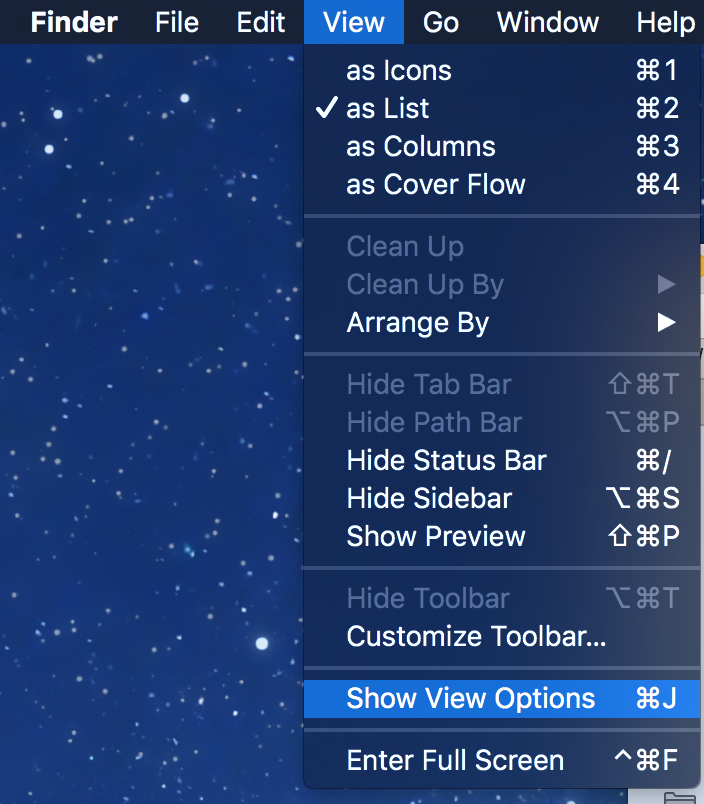 Make sure "Date Modified" Is set in both available fields 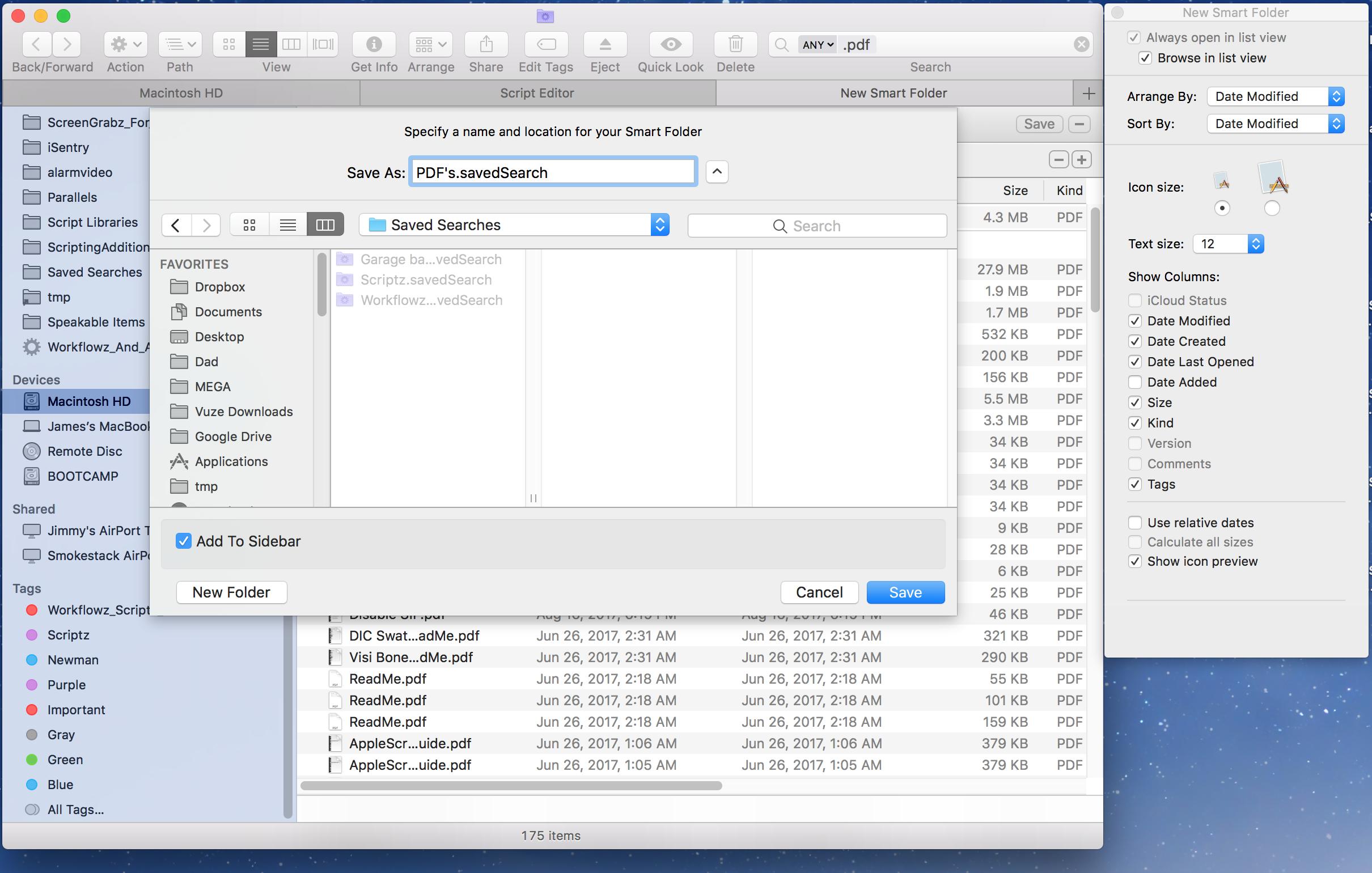 Now you will have a new smart folder with all of your PDFs in your Finder sidebar. 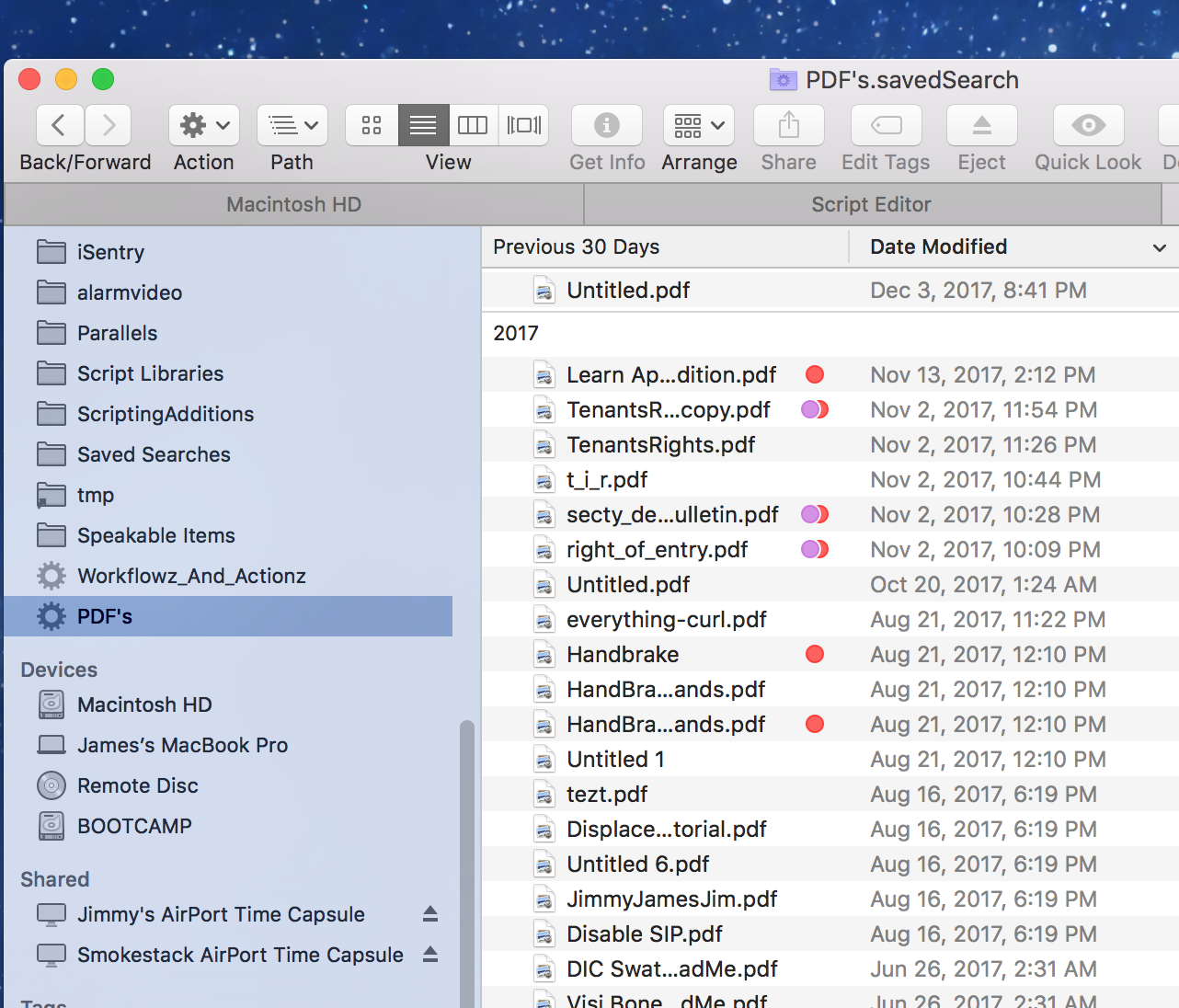 Not the answer you're looking for? Browse other questions tagged finder pdf spotlight .

1
How can I download a webpage to a PDF in Terminal?
0
Preview: Opening more than 12 pdf files in new windows
2
macOS Sierra: Wrong 'Date Modified' column when searching in finder
0
Automator: Filter finder items by date modified isn't working as expected
0
Can I sort finder results by multiple criteria at the same time?
2
How to get the actual PDF icon rather than the stock one
0
How to make Find File dialogue NOT sort by kind
4
Set file created/modified timestamp to the earlier of the 2 for a ton of files?