I just noticed that what I thought was "waveform bars" (for lack of a better description) on my iPhone 6 was actually a miniature landscape of houses and trees. What is it and where did it come from?

I upgraded from an iPhone 4S to iPhone 6S recently, so I'm not sure when I first noticed the issue, but I'm certain that it didn't exist on the iPhone 4. It's definitely not part of the original picture.

EDITED TO ADD: I was wrong. It was in fact part of the "original" picture (the one I uploaded to the phone), created by another program. I hadn't noticed it on the iPhone 4 because of the screen size/screen tilt. I'll leave the question in the slim chance someone else has encountered such a problem, but in any case it's been solved.

It's barely noticeable (showing only the tops, which to me look like a waveform) until I tilt the phone, then it becomes apparent what it is.

Searching for quite some time on Google doesn't give me any answers. Anyone have any idea where this came from? I guess I could just change the image to see what happens, but in any case, it wouldn't explain where the image came from. My phone isn't jailbroken, so I'm doubtful it's some sort of malware that's gotten onto it (though not entirely impossible). 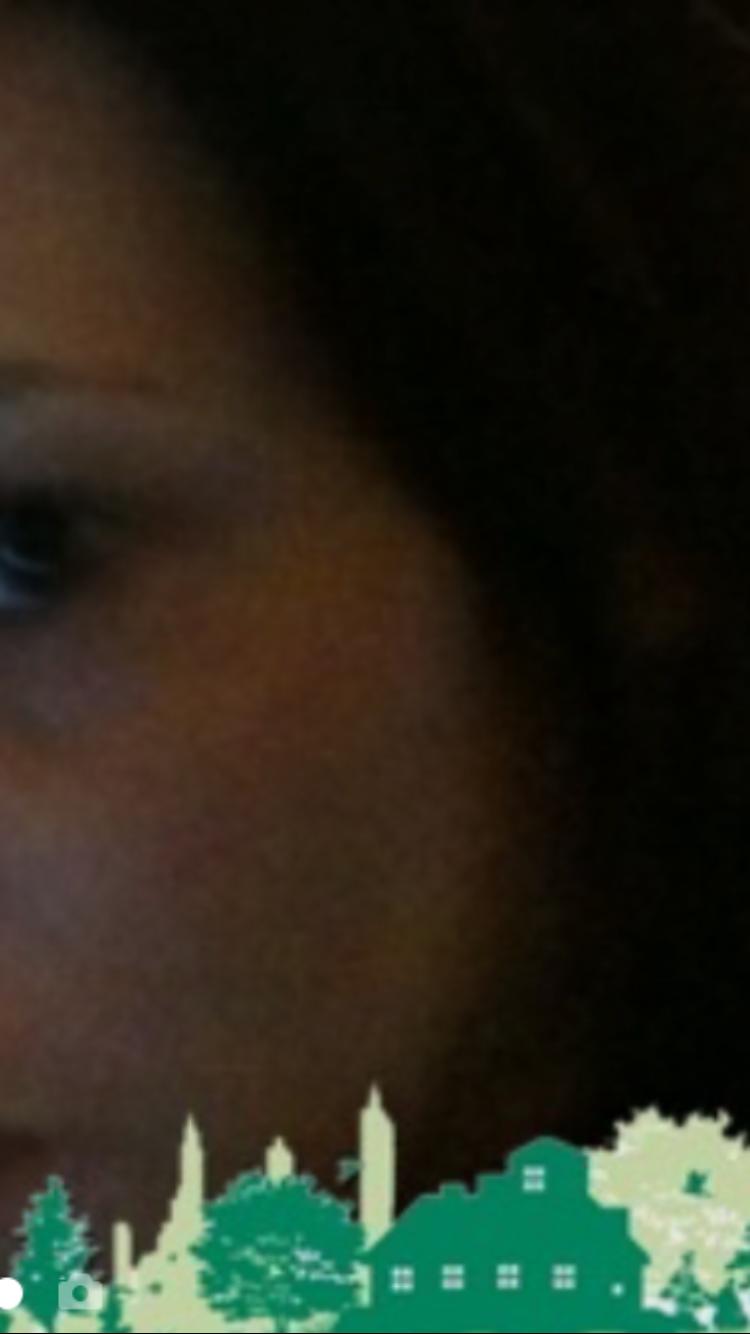 This is from the wallpaper you have set.

iOS hasn't added this — it's been added by wherever the photo came from. For example, a screenshot of a photo from Snapchat may have a filter on the bottom, then because you took a screenshot rather than using the original photo, something may be added to the bottom.

The scenery isn't moving independently; the whole image moves with perspective as you move the phone around. It's more noticeable on the edges as this is where the image moves the furthest, and you have a reference (the edge of the display) to compare as the picture moves.

Change your wallpaper to something else, perhaps to the original photo if the author can provide it to you without the edits.

Not the answer you're looking for? Browse other questions tagged iphone ios malware wallpaper .

2
Is it possible to disable or hide the digital zoom controls in the Camera app on iPhone?
13
Full screen ad on iPhone in place of lock screen
2
Lost iPhone pictures after uploaded to iPhoto
2
How to depict your name on your iPhone's lock screen?
1
What is the source of the Earth and Moon wallpaper?
3
Image Capture doesn't recognize iPhone 4S
1
Disabled iPhone 4S after restore
1
iPhone 4 cracked and will not slide over for password.
3
iCloud lock - how to interpret the number of asterisks present
0
iPhone scam message - did not open picture but pressed preview