Swipe between full-screen apps by a non-apple mouse

I just bought a Magic Mouse, but I find its sensitivity is not great (we obviously cannot play a shooting game with that). So I want to buy a gaming mouse.

But one thing I am worried about is how to do Swipe between full-screen apps in a gaming mouse.

Does anyone have an idea?

The first thing to know about this "swipe between full-screen apps" is that in terms of functionality, this is exactly the same as changing a Space (A little more on mission control and spaces here). Fullscreen space is just a type of space that contains just one window/application.

Some mouse software may have a built-in "action" that might be called "Move left a space" or "Move right space", but that is not guaranteed. However, pretty much any mouse software lets you set shortcuts to all or some of the buttons that trigger certain actions. Luckily, in this case, there are native shortcuts in Mac to go change spaces:

At the bottom of this answer I wrote where these can be changed or enabled if necessary. You can also go directly to a specific space. It's the Switch to Desktop... in the screenshot at the bottom.

How you can trigger these shortcuts (or actions) will depend on the mouse and its software. Many mice, especially gaming mice, have a Mac software even if they are not advertised as Mac mice. So if the mouse software can set shortcuts, then you're all set. There's nothing I can say about how that works exactly without knowing which software your mouse would use, but typically those are fairly simple: Pick a button and remap it to a shortcut that changes the space.

If for some weird reason your gaming mouse doesn't come with software capable of adding a shortcut to a key or it's just terrible, there are still many 3rd party applications that can do it.

Here are two 3rd party apps that you could try:

I'm pretty sure both of these have their own built-in "Move right and left a space" actions you can remap to buttons, but like I said before, It's not necessary because as long as the application can make the button trigger a shortcut you should be all set.

Additionally, there is the "Mission Control" shortcut, which is by default in the F3 key in your keyboard. When you click it, you can pick a specific space from the top of the screen using your mouse. If that works in games, which I think it might, it might be the best way to do it.

You can change the native shortcuts in: 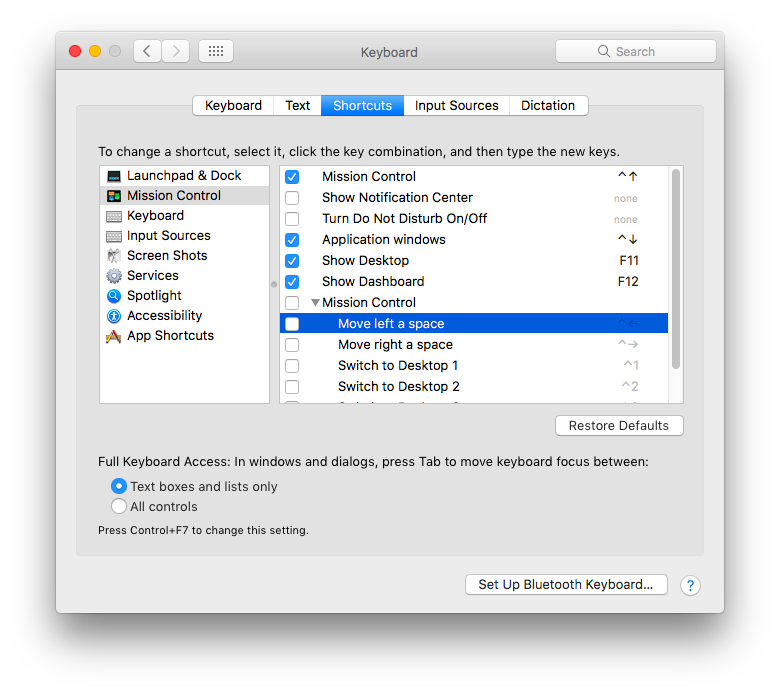 I made Mac Mouse Fix.

It lets you use your Side Buttons to move between spaces among other stuff.

I too use a steelseries mouse while gaming as the Magic Mouse sometimes cannot perform actions inside the game (e.g.: clicking middle mouse button). Yes you can swipe between apps while using an ordinary mouse as well by pressing Ctrl+Arrow Key (Left or Right). This shortcut also helps you to switch workspaces.

Not the answer you're looking for? Browse other questions tagged mouse .