Sorting by multiple criteria in iTunes

So I have a playlist with a bunch of albums in it that I would like to sort by album name. This is mostly fine, except where you have two albums from different artists that have the same album name, such as here: 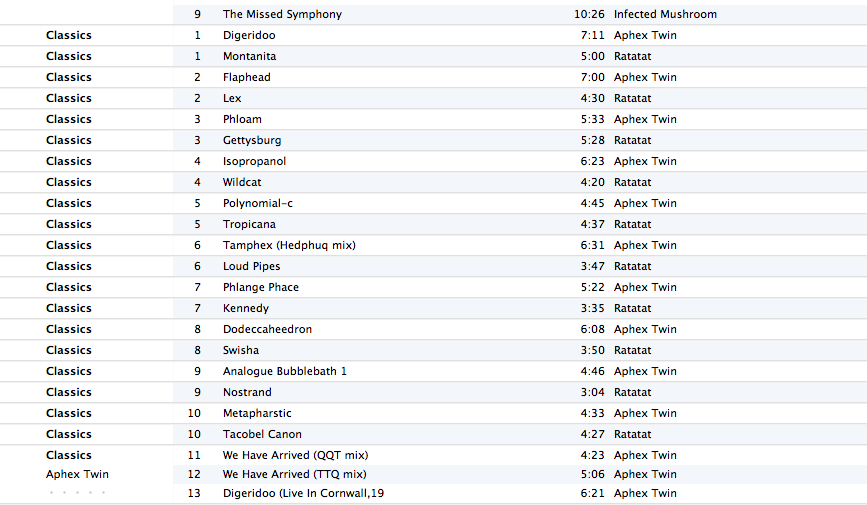 What I would expect to see here is 'Aphex Twin - Classics' first and then 'Ratatat - Classics', because iTunes should know that it has two albums but from different artists.

It looks like you can can set the 'Album Artist' in the id3 tags and it will then sort by that, which means to make this work correctly I'd have to retag all my music and copy the artist into the artist album tag (unless it already existed yadda yadda). This is less than ideal, is there another way?

(Thinking about this I'm imagine it happens because of how iTunes tries to deal with compilations, which imo really needs to be overhauled, but that's another story)

4
How do I get iTunes to play the albums of an artist chronologically?
8
Can one still sort By Album By Year in any of the views in iTunes 11?
9
How to get iTunes 11 to Group by Album Name
0
Sort order tiebreaker for “Album by Artist”
1
Wrong sorting of non-English characters (iTunes 11.2 for Windows)
0
How can I make soundtracks with one artist sort as soundtracks in iTunes (and iPhone)?
0
How to play all songs I own by an artist in itunes?