I just learned the feature of split view, does anyone know if there are shortcuts for that (moving a window to the left/right half of the screen)? If not, is there anyway to set up shortcuts? 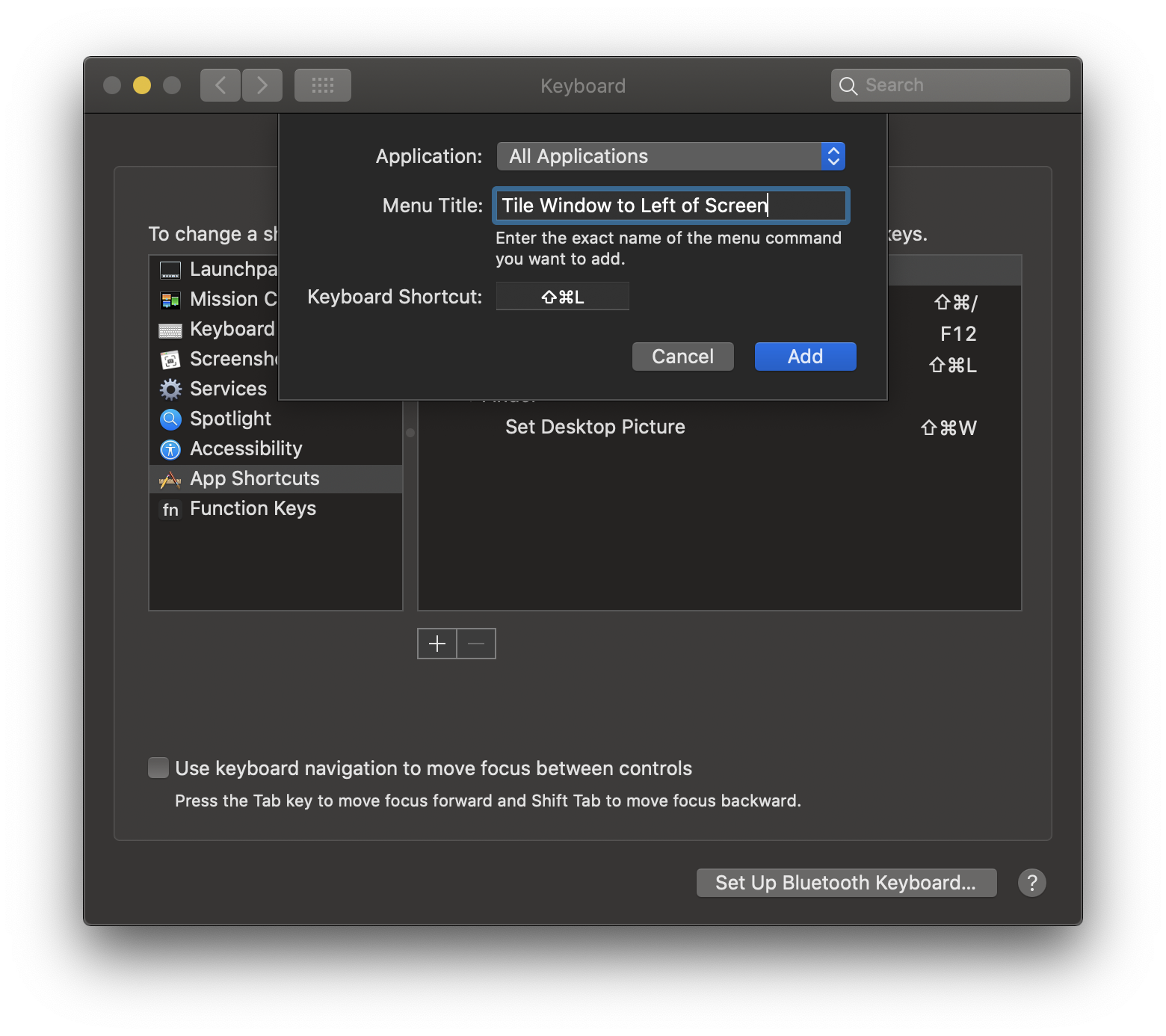 Your newly created shortcut is now visible in the dropdown menu over the full screen button! 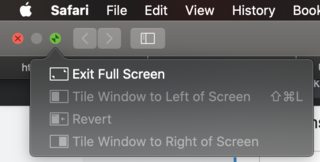 Note: You need to exit fullscreen to be able to use the split screen shortcut.

This post from Stack Overflow has an answer that seems to outlin the only way to do it (as far as I know): bash - Manipulate OS X windows with script - Stack Overflow.

I've not been a big fan of the split view, because that "locks" you into fullscreen mode, which I am also not a fan of. I know people who accidentally started using fullscreen mode when the green ball behavior changed and so they basically keep opening new windows because they get lost in what is already open, which leads to a crazy amount of fullscreen spaces.

I tend to always set these as my basic shortcuts:

I don't like the behavior of the Tile behavior (slow animation and asks you to tile something to the other side). So, I followed Kewal's method but used the menu titles "Move Window to Left Side of Screen" and "Move Window to Right Side of Screen" (which are hidden menu options that just snap the window to either side, like in Windows/Mac + Better Snap Tools). (I also added a "Revert" to return the window to its original size+position.) 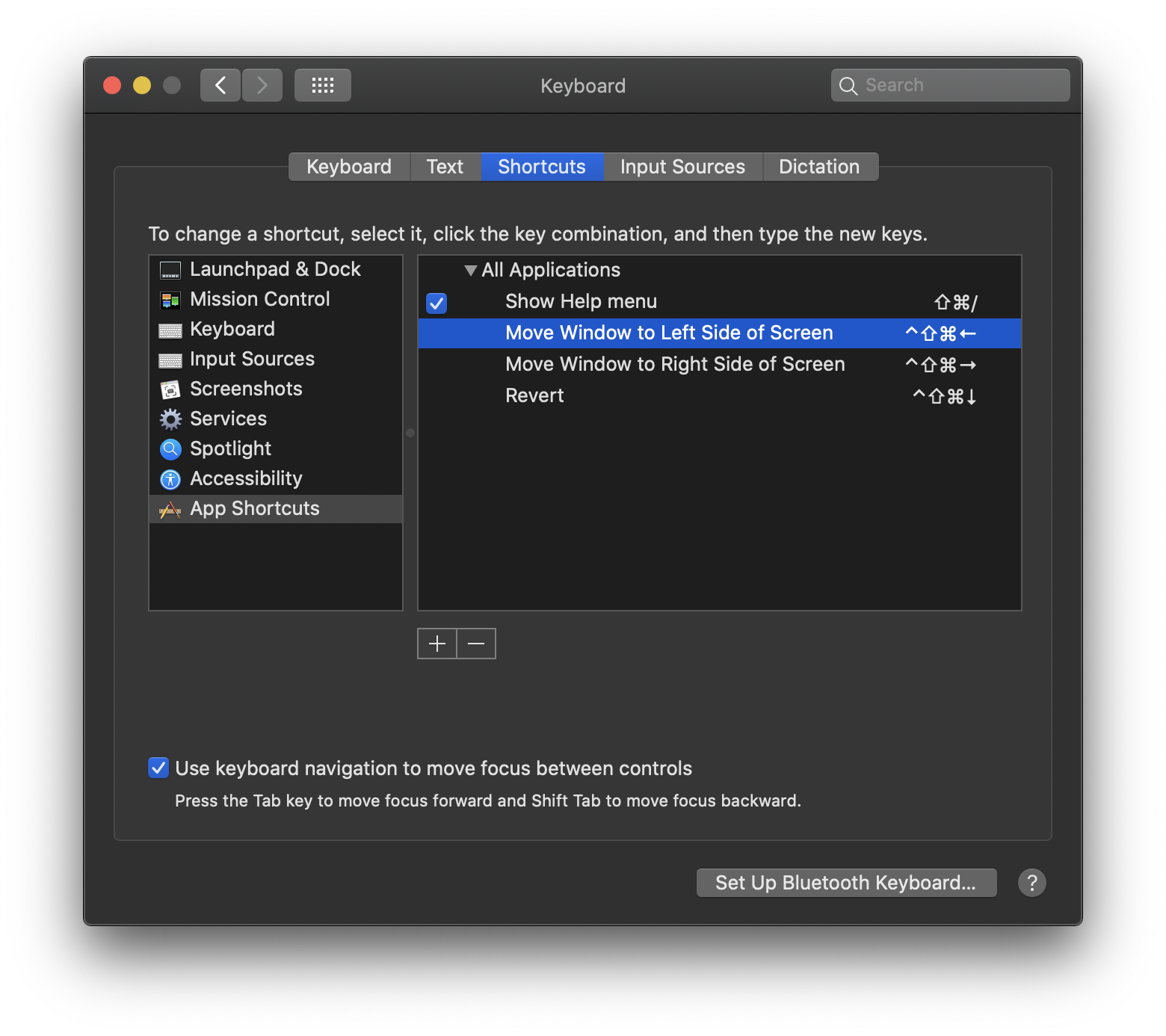 Not the answer you're looking for? Browse other questions tagged keyboard shortcut split-view .

7
Is there any keyboard shortcut for entering El Capitan’s split view?
2
Exit full screen for both windows upon leaving split view
1
What are the variables needed to access focus properties in split screen view?
6
Split view with green button does not work in macOS Sierra
3
Default resizing Split View to not blur one window
2
Can't use Split View with TextWrangler
3
How do I get out of split screen mode when I never entered it completely?