iMac (mid 2011, running OS X 10.12) gets stuck on white screen (after playing the chime sound and displaying the Apple logo and progress bar) when I try to

Booting in verbose mode (Cmd+V while booting) rushed through a wall of text seemingly normal before getting stuck on white screen again when—I would assume—the login screen would have shown normally.

I was able to enter Apple Hardware Test once by pressing D during boot, but it appeared to be stuck after a while, so I didn't let it finish. If I'm holding down D now while booting, the machine enters Internet Recovery Mode, same when I hold down Cmd+Option+R. Entering Internet Recovery Mode produced the -6003F and -6003D errors once each. After that it got to the progress bar and the estimated time remaining, but appeared to get stuck (time remaining was 24 hours and not moving, same for the progress bar). When I tried again, it got stock on the "Starting Internet Recovery / This may take a while" screen (unless it might take an hour in which case I might have ended it prematurely).

I was able to start the machine up in Target Disk Mode (T during boot) after connecting my MacBook via Thunderbolt 2. I was to able to completely mirror both, the iMac's SSD (OS disk) and the HDD. No files seem to be corrupted.

Curious detail 1: When trying to boot either normally, into safe mode or into recovery mode and the white screen interrupts the progress bar, in that moment the screen brightness is slightly dimmed.

Curious detail 2: The chime sound was notably quieter for all the boot attempts until I reset the NVRAM. The first of the two chime sounds that play during that procedure were still quiet, the third one was at normal volume again.

Curious detail 3: All built-in LEDs of my Matias Tactile Pro keyboard (1. caps lock, 2. the key that would be num lock on a Windows keyboard and 3. F14) light up for a few seconds immediately after turning on the iMac. After a few seconds they turn off again. When the iMac was operating normally this never happened.

Question: Is it safe to assume that something inside is fried and there'll be no way around a visit and repair at the Apple store?

Edit: I guess one remaining option is trying to boot from a flash drive. Will try that if it turns out that Internet Recovery really is stuck when I check its status again tomorrow. 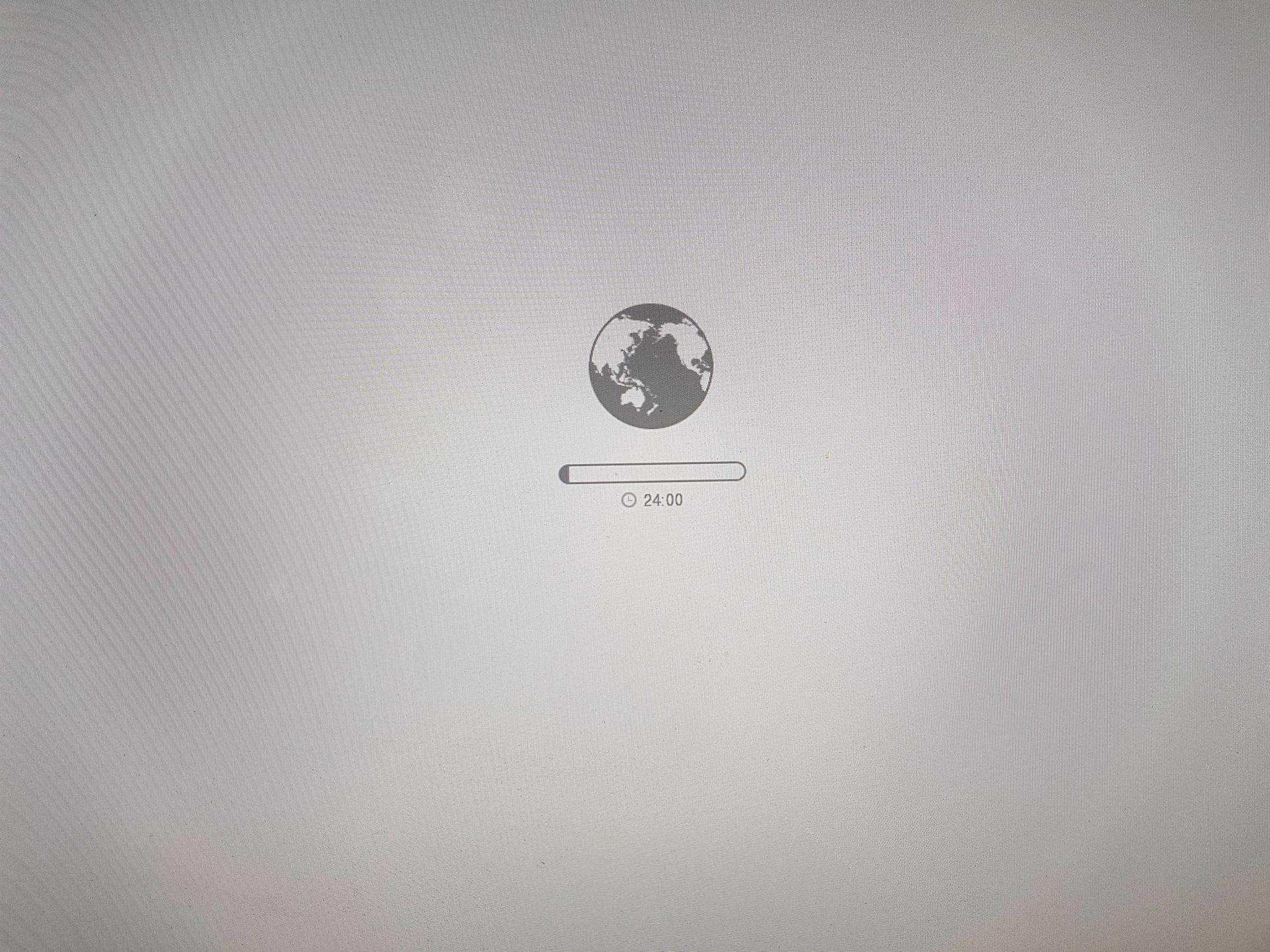 It's very likely to be the video card. There was a repair extension program (since expired) for the AMD GPUs in 27" 2011 iMacs. They will boot to the Apple logo/progress bar and then hang at a white screen or pink/green lines.

If you're near an Apple Store at all you should take it in or at the very least call Apple and do some troubleshooting. Stores in most of the US (except California, where the timeframe is quite a bit longer) will not carry parts for the 2011 iMacs much longer, likely stopping as soon as a few weeks from now since its been about 5 years since they were discontinued in all markets.

Not the answer you're looking for? Browse other questions tagged macos imac boot recovery safe-mode .