I was travelling in China with my Macbook and USB-C Power Adapter. While plugged in at a hotel, the prongs of adapter got burnt.

Is it okay to just replace the prongs, or is it likely that the adapter's circuits have been damaged? There is no other visible damage to any other part of the charger.

Should I just replace the whole adapter to be safe? 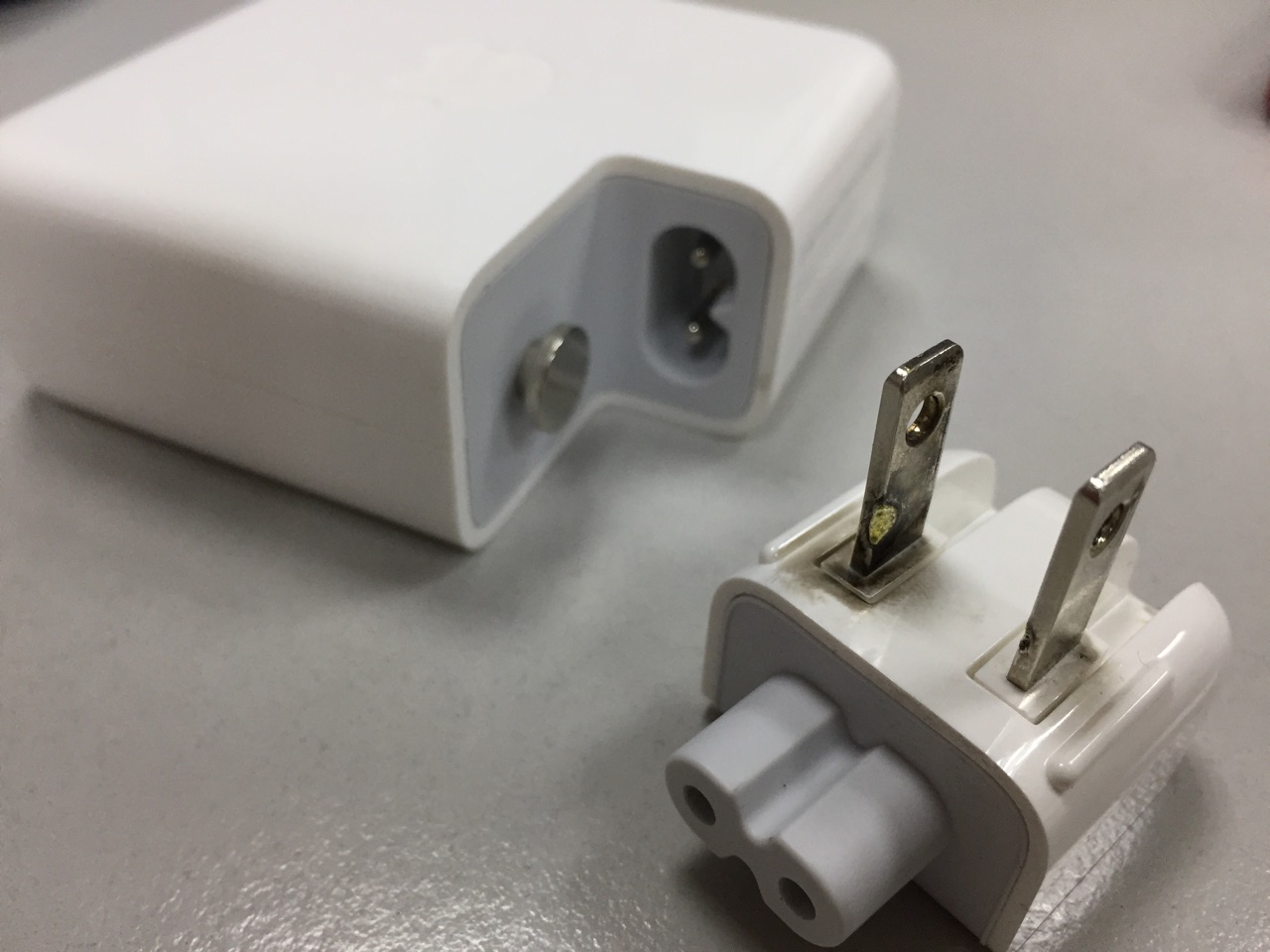 Taking a close look at the adapter, you will notice there is evidence of melted metal on the second prong most likely caused by arcing. 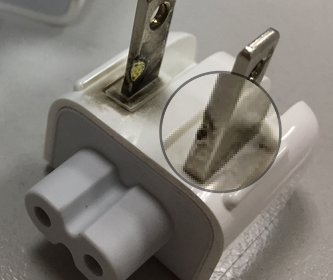 What this tells me is that there was a short from the hot to neutral which (should have) tripped the breaker. What caused it? Any number of things from faulty wiring to a surge with enough voltage to cause the electricity to "jump" from one conductor to the next.

Is your adapter safe to use?

Yes, provided it works. Adapters are designed to isolate the high(er) voltage mains AC from the lower, cleaner, usable DC voltage. If anything was damaged due to a surge, the adapter simply won't work (most likely the internal fuse would be blown).

Bottom line... you can plug it in and it won't hurt your Mac. You can even used the charred AC plug connector and it will still work. Unless the prong is broken, or so physically deformed that it's causing a short, there's nothing to worry about.

If there is no damage to the body of the brick and it appears to be functioning normally, I would personally be okay just replacing the prong portion.

Not the answer you're looking for? Browse other questions tagged usb power magsafe .

0
Does Mac power adapter die if you leave it plugged in?
1
Macbook Pro (mid-2012) detects adapter/battery but will not charge
4
Why would a new MacBook Pro charger fail in one month?
12
Can I charge a 2017 MacBook Pro with a third-party USB C power adaptor?
3
MacBook Pro only charges with smaller MagSafe 60W
3
Macbook Pro 15 inch 2019: will charging from LG 38WK95C-W via USB-C damage/fry the macbook's battery?
1
Are frayed cables of Apple lightning cord or Macbook Power Adapter covered by warranty?
1
USB-C to lightning cable plugged into