How can I adjust Touch Bar brightness?

Is there a way to adjust MacBook Pro's Touch Bar brightness?

You can't. It may automatically adjust based on external lighting conditions if the "Adjust keyboard brightness in low light" option is on in System Preferences>Keyboard, but I haven't experimented to confirm this.

You can put a small sticker, or something similar, over the ambient light sensor on a Touch Bar equipped Mac to set the brightness to its lowest setting. 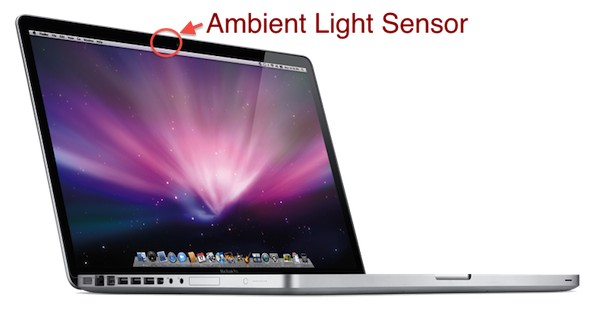 Here's what I've been able to determine about how the touchbar brightness controlled.

The ambient light sensor for the keyboard and touchbar are located under the top cover. There are two of them – one located behind each (left and right) speaker grill. I believe, they've been located there as far back as there have been keyboard backlights on MacBooks.

An easy way to check this out for yourself (and characterize the behavior of the touchbar brightness vs ambient light) is to first, turn off "Automatically adjust brightness" option in the Display preference pane*, then, in a dimly lit room, shine a flashlight over either one or both of the speaker grills. There is a bit of a delay, but afterwards, you'll see the touchbar go to its full brightness. If automatic keyboard brightness is enabled, you'll see the keyboard backlight get brighter (though with less delay).

Bottom line, at least as of the latest Mojave beta and the latest 2018 MBP (15"), there is no apparent way to control the touchbar brightness. Until I discovered this, I was a bit frustrated trying to control it via either the manual setting or whatever the system was trying to do when set to automatic control.

*The reason that I suggest disabling the automatic control for the display is it will get rather bright in response to the flashlight being waved around and just confuse trying to see what the touchbar and keyboard are doing. The ambient sensor for the display is the one near the camera at the top of the display.

Edit: Damn. I must've had the flashlight up too far above the top cover, and light was leaking to the sensor up in the lid. The TouchBar's brightness is indeed controlled using that sensor. I kind of shot myself in the foot by disabling the display auto adjust feature and thought there couldn't be any input from bezel sensor.

Yes, and the keyboard backlight too. But, I do know the original backlit keyboards did use sensors behind the grills. I've seen 'em. They're real. Really.

shine a flashlight over either one or both of the speaker grills.

this is unfortunately untrue from my own experimentation on a MBP 15,5 (2019 13") the light sensor for keyboard and Touch Bar is located next to the camera on your display bezel.

There is no way to control the brightness of the Touch Bar, however, to make the thing more apparent you should reduce the brightness of your display and keyboard backlight. this will allow your pupils to dilate and let in more light. this only works in the dark though...

If I manage to find something that will help (In the form of a program) I will post it here as I would personally like to adjust the Touch Bar brightness independently of the display and keyboard, as sometimes I am in a dark room and have the display all the way up, so can't see the Touch Bar...

Not the answer you're looking for? Browse other questions tagged touch-bar .

16
Customize touch bar on lock screen?
4
Customise Touch Bar in Microsoft Office 2016
3
Remap touch bar control keys, e.g., Siri
8
Display fn keys by default in Touch Bar
5
How can I let apps make changes using TouchID on MacBook Pro?
6
How can I always allow TouchID to unlock MacBook?
3
Is there a way to split touch bar to have both function keys and touch bar utilities
3
Is it possible to to replace MacBook Pro Touch Bar keyboard with a regular keyboard?
15
Product to overlay MacBook Pro Touch Bar with physical keys