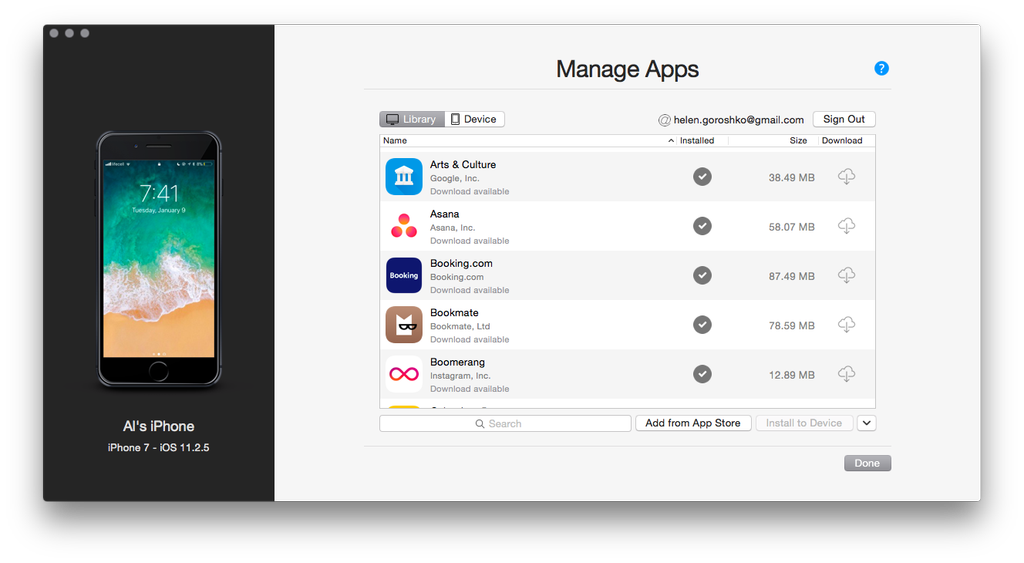 7
How can I know which GUID represents which app in my iTunes backup of my iPhone?
4
How to save my app files and/or data from my iPad 1 whose screen won't turn on?
10
How to restore individual app data from iCloud while keeping all the other apps installed and new data created since the last iCloud backup?
4
How to prevent an iPad from grabbing Apple ID for "Itunes and App Store" when plugged into a Mac?
2
iTunes is not showing device backups - can't restore backup
5
How to extract applications as IPA files on iOS9?
10
How do I backup and restore my IPA app backups in iTunes 12.7?
1
Transfer speed of USB-C to Lightning on latest iPad Pro 10.5