I've tried the 2 solutions I've been able to find and neither have worked.

I tried clicking "allow" in the "Security & Privacy" preference panel where the download gets blocked. Each time, I ejected the image before trying again with no luck.

I also tried entering sudo spctl --master-disable in the terminal before trying again, but still no luck.

After the failure, the application icon does still appear in the downloads folder, but I'm supposing this isn't a good installation and I'll run into problems using it? Thoughts?

macos virtualbox
Share
Improve this question
edited May 6 '18 at 14:49

I had these same issues installing VirtualBox 5.2 on an employees Mac running 10.13, via remote desktop. After trying all the things you've mentioned I kept googling, eventually finding this thread saying it's a screensharing issue.

There is a report that you cannot allow kext if you are using Screen Sharing.

I use magic perf to intercept various touchpad actions. [...] If you have this problem try to disable any apps that my capture and forward clicks.

Apple are disabling the "Allow" button if it's pressed by anyone BUT the Mac touchpad, directly.

So, if you're also attempting this via some sort of indirect method, or are using something like Magic Perf or Steermouse, disable those and make sure the click on "Allow" is as direct as possible.

Hope this helps someone out there.

Note: the Privacy & Security page may need to be unlocked before 'Tab' will work.

Credit to @dansanduleac's answer on GitHub

get your x,y values by cmd + shift + 4 to bring up the screenshot tool. hover over the allow button and put those values for x and y respectively. make sure the allow button is visible when you run the script.

This works for Virtualbox 6.0 on macOS Mojave (10.14.5), but should also work for other versions:

(VB5E2TV963 is the Oracle developer id, it shows up during installation at top right of installer if your click the lock icon. kext-consent add may work, but maybe not :D) 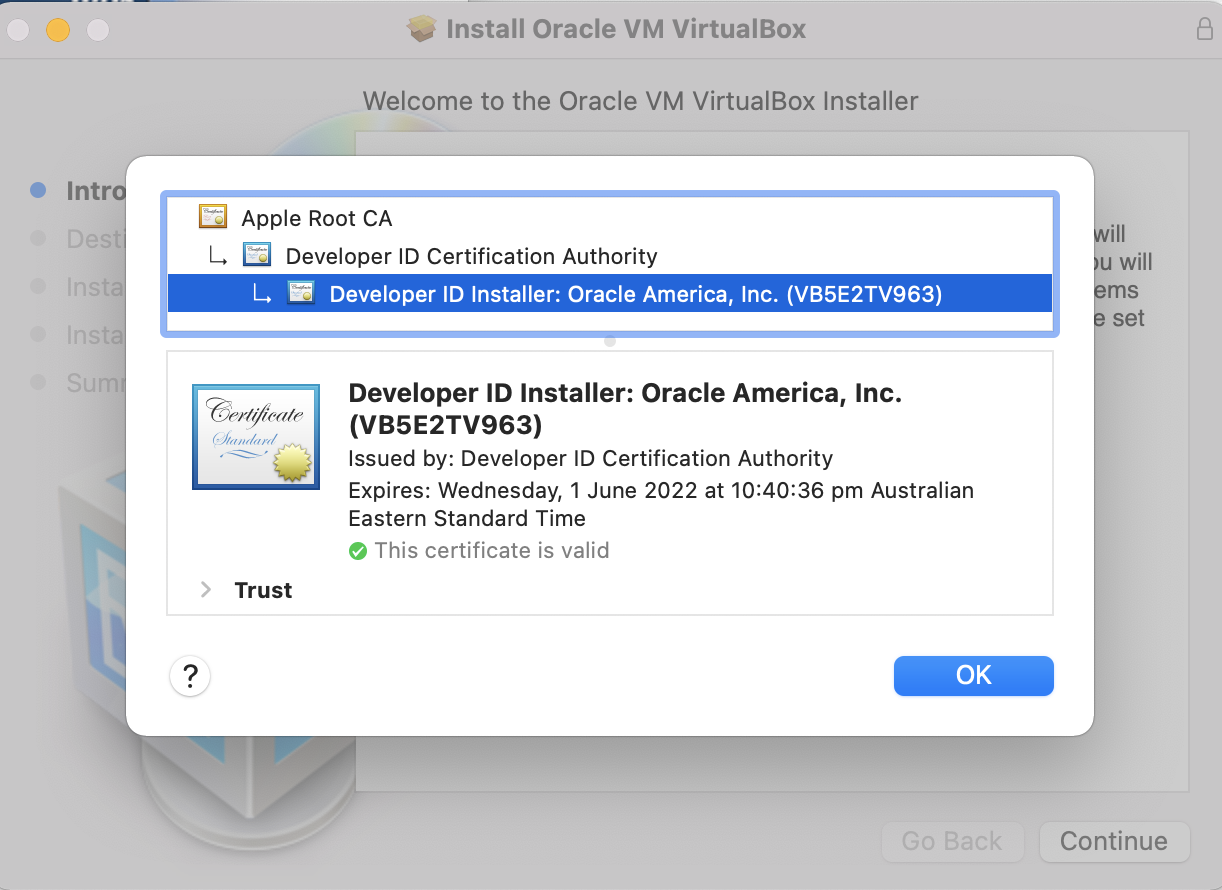 Not the answer you're looking for? Browse other questions tagged macos virtualbox .