Until recently Atom was working fine, but then Atom started lagging when I typed a key and would often not display the letters I typed until 5-10 seconds later. This happened multiple times. I tried starting up in safe mode (I think thats what it is called) and that did not fix this. Once when this happened I opened activity monitor and a strangely large amount of RAM was being used. Here are some pictures:

The apps that I had open

A picture of the activity monitor 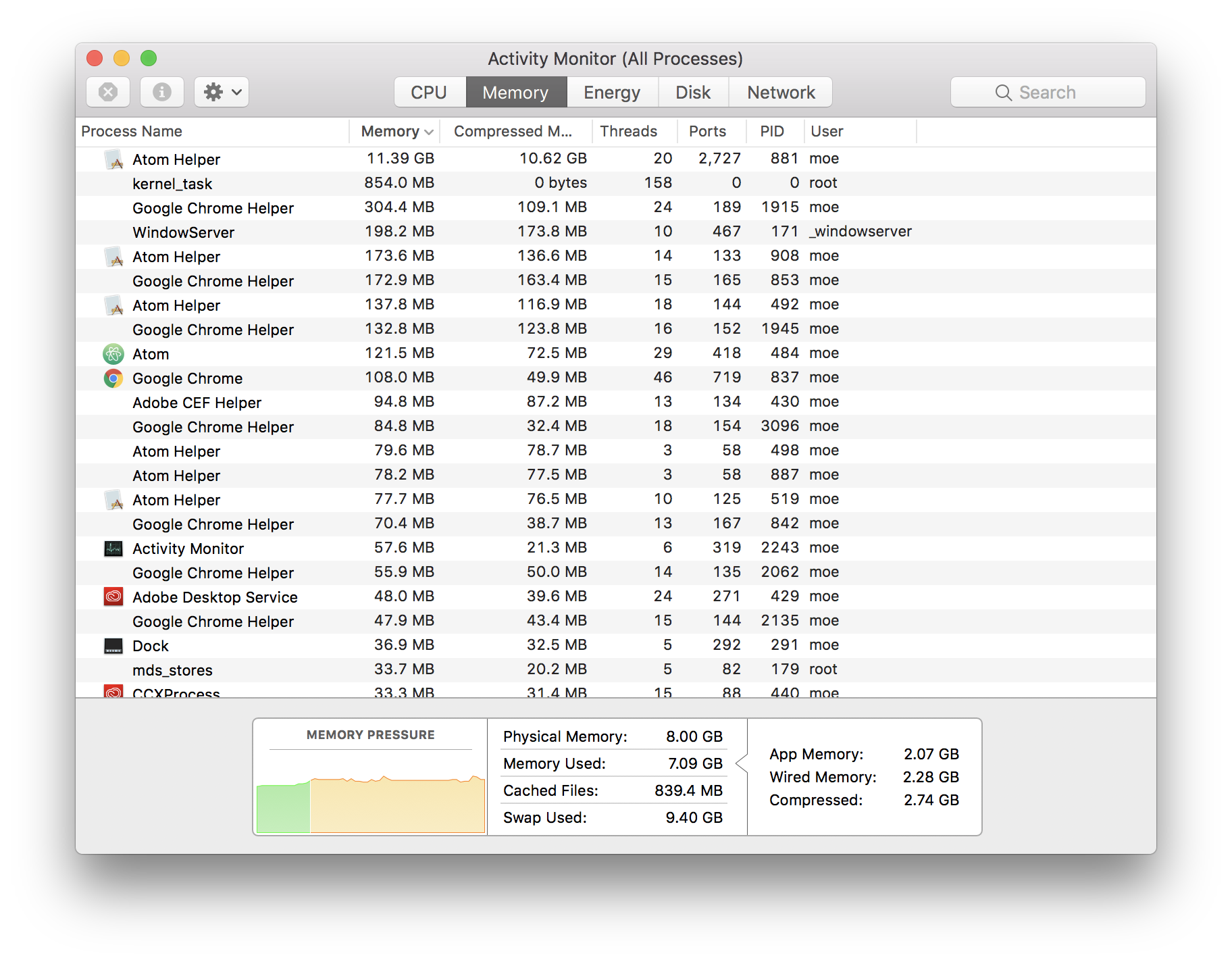 Is there a reason why there is this lag?

Atom has some known issues with performance. They've been working on them, and are getting better, but they are still there. Until they get better performance, I'd recommend using Visual Studio Code (Free, also based on the Electron framework, but tends to perform [a little bit] better than Atom all around) or, if you want the fastest, then Sublime Text is about as good as you get in a GUI text editor, though it'll set you back $80.

There are numerous other text editors out there, all with their own pros and cons, and it really depends on what kind of development you're doing. PHPStorm, for example, has some really nice PHP-specific dev tools that are harder to set up in other editors.

As a full-stack dev, (I use Vue for front-end work, and Node.js / PHP for the backend) I've settled on VSC for now, until Atom catches up speed-wise. I get a lot of flak from friends about using a Microsoft product on my Mac, but I am a firm believer in getting things done with the best tool for the job. Currently, for my needs, that's Microsoft's editor running on a Mac.

Not the answer you're looking for? Browse other questions tagged applications memory .