In iOS 11, the Dock has gained some potentially useful features related to recent apps and app suggestens. For me however, it constitutes visual clutter, and I want to get rid of it. 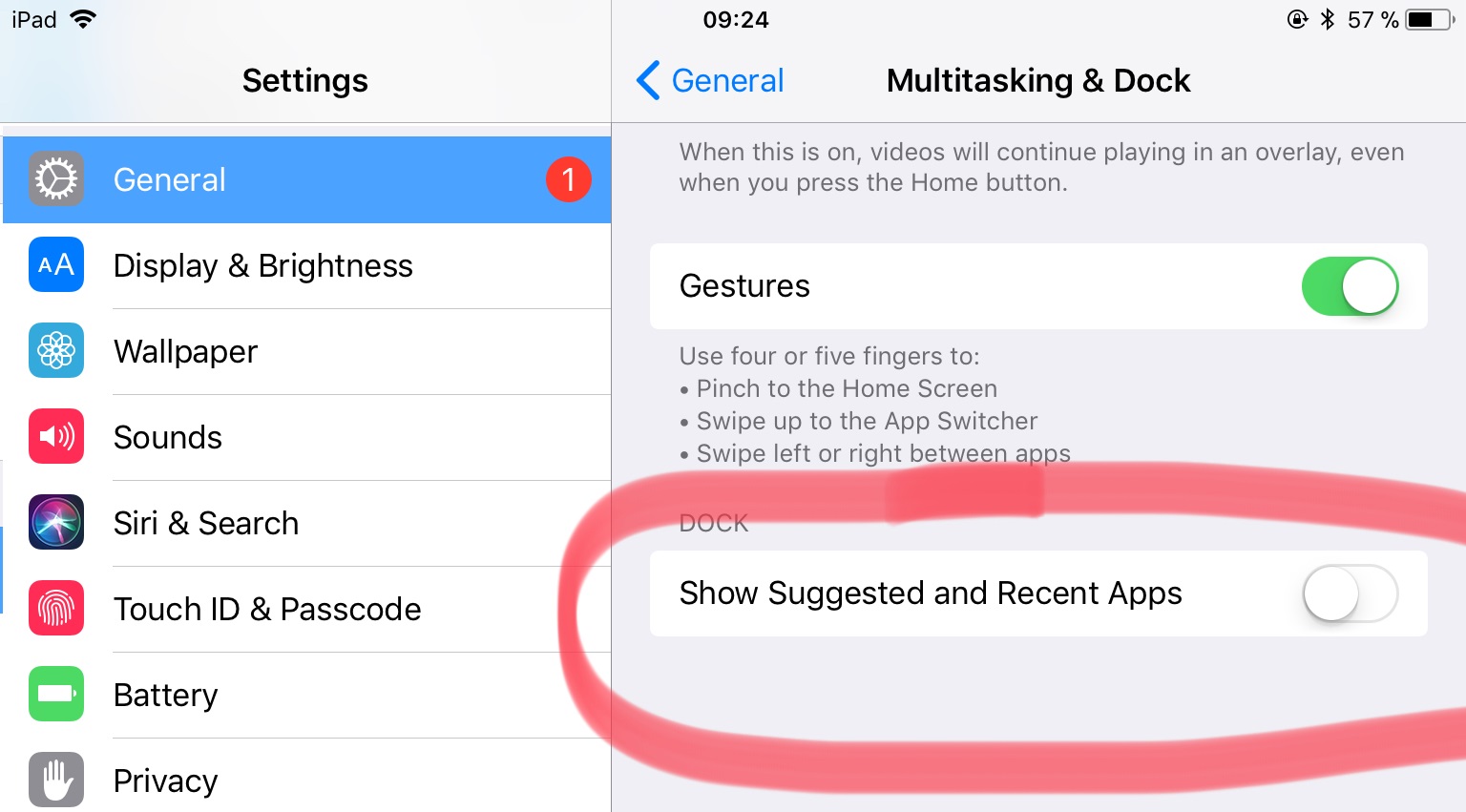 However, whenever I use the alarm clock, an icon reappears.

Until I reboot, the symbol remains. To make matters worse, it doesn't just sit idle; The dock will first appear without the symbol, followed by the suggestion-area sliding in as an animation, resulting in animated visual clutter.

The icon is not related to an active alarm, but it reappears every time after the alarm has been used.

Is there any possibility to get rid of such icons entirely?

That is a new feature in iOS 11. Your iPad is learning about your usage habits and recommending that app due to the time of day. There is currently no way to turn off this feature.

Not the answer you're looking for? Browse other questions tagged dock icon ios .