How do I use AppleScript or Automator to turn Time Announce on or off at specified times?

I like Time Announce during the day while I am working. But I want it off when I am sleeping.

Apple's Do Not Disturb function will mute notifications and sounds associated with them, but it has no effect on Time Announce.

Elsewhere on this site there is an old answer from a number of years ago that offered this script:

Similar script to turn it off.

Another answer can be found here, but goes back to the days of Mountain Lion:

How do I enable "Announce the time" programmatically?

I am new here and a rank beginner to Aapplescript. I do not have the privilege of commenting yet to seek clarification from the authors of the answers presented.

These scripts do not work on Mac OS X High Sierra (10.13). While the first script will compile, when run nothing happens. The script from the page referenced won't even compile. Syntax error about an unknown token after an identifer.

In addition, making a change manually to this preference in settings requires my password to unlock. Can AppleScript or Automator deal with that too?

UPDATE: This works for me using the latest version of High Sierra.

This version will "turn on" "Announce the time:" if not already enabled

This version will "turn off" "Announce the time:" if already enabled 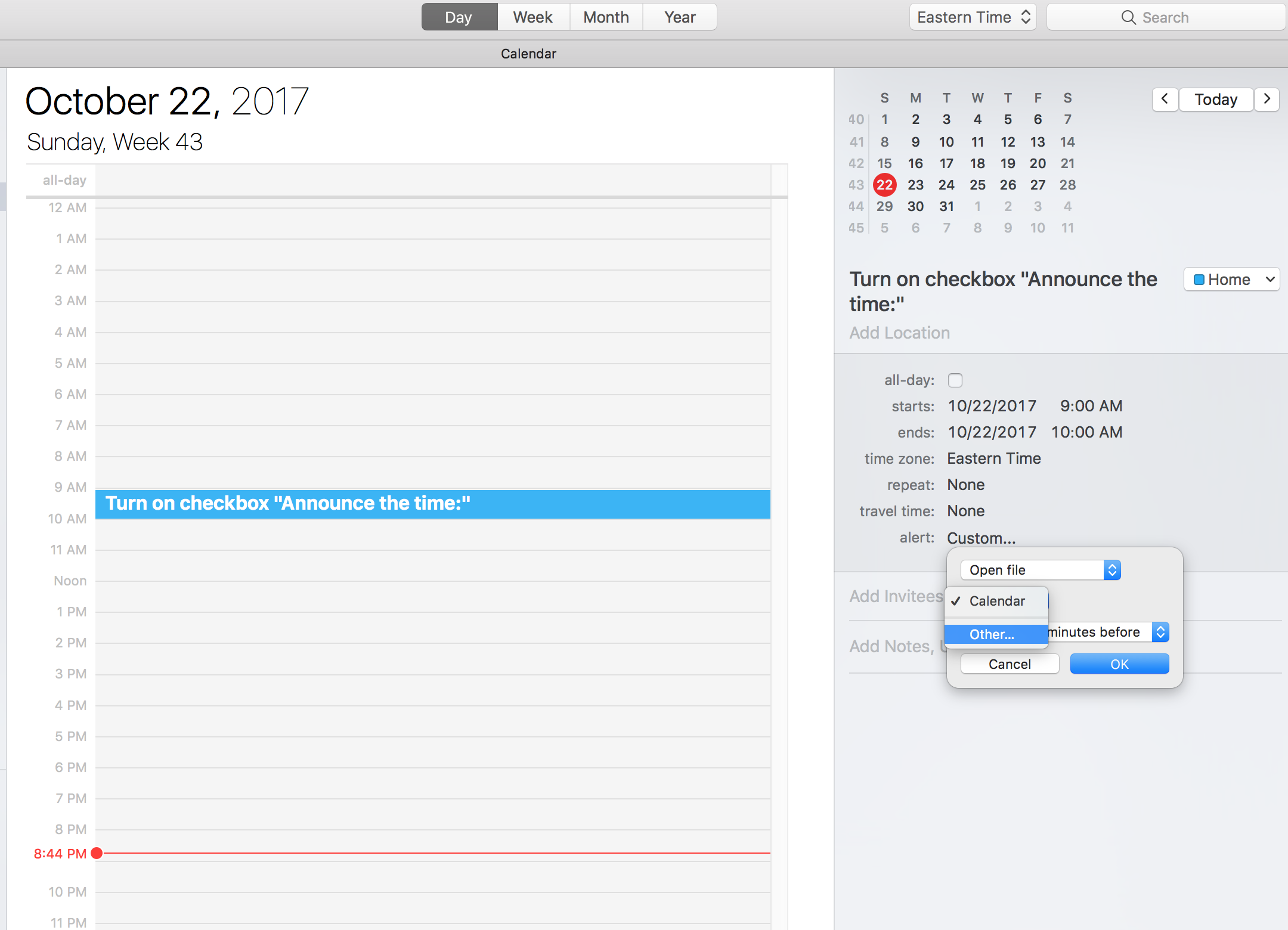 Not the answer you're looking for? Browse other questions tagged applescript automator high-sierra time speech .

1
Automator workflow or AppleScript to close Safari after a period of time
1
How to search through online сhеss games using AppleScript or Automator?
1
How to make automator run an applescript that turns of mac?
1
Use Applescript/Automator to select a window highlighted in the Finder
2
Use copied file path in terminal (from applescript and automator)
1
Make AppleScript turn a variable into the items between two specified items
0
How to use Applescript to turn off Apple TV in iTunes?
0
How to activate an Automator application with AppleScript?