How do I recover from Disk Utility hang without system restart?

I have external CDROM connected to MBP and I wanted to read one data CD. The media was in bad shape (scratched) so macOS could not read anything. I wanted to eject the disk and try another media, just to find out I am completely stuck. 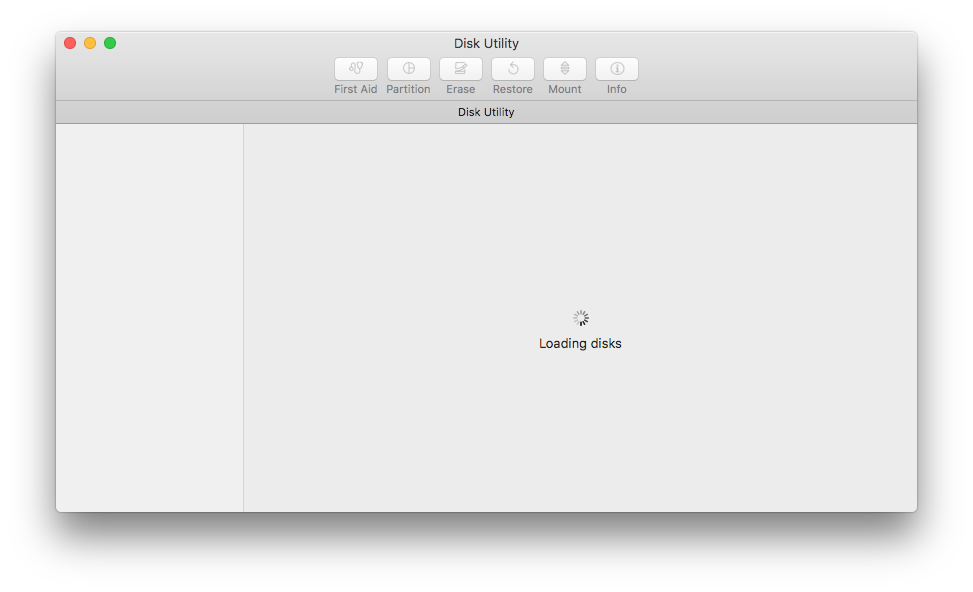 Disk Utility would spin "Loading disks" indefinitely, and all my efforts to unmount/eject disk from command line have failed. Not even eject button on CDROM drive worked. When I physically disconnected CDROM drive - diskutil still kept showing it:

With CDROM connected this did absolutely nothing:

I tried following with CDROM connected and disconnected (tldr; everything failed):

I issued sync to force cache flushing - it did nothing.

I checked all open handles with lsof - and could not find any.

This happened to me couple of times before due to bad (corrupted) USB drives (or HDD drives with esoteric Linux partition scheme), and only way I could get out of this type of hang was - reboot (not even logout/login worked).

Is there a way to recover from Disk Utility hang without system restart?

Only workaround I have so far is Windows in VM to do USB copying.

Any help would be appreciated.

1
Ejecting USB-Partitions on boot - works but not entirely
2
Is it normal that External Hard Drives continue to be listed in Disk Utility / diskutil even after Eject?
1
I accidentally unmounted the External Hard Drive and now I want to re-mount it back
2
How to read data from an unreadable drive formatted by a GoPro?
0
How to properly unmount image (dmg / sparsebundle)