How to get Apple Watch 2 to calculate VO2 Max data?

One of the new features of the new OS on the Apple Watch is the ability to calculate a VO2 Max for any run longer than 20 minutes.

I have been on 3 such runs since the update, and 0 of those times has the Health App on iOS given me a V02 reading.

Under the "Data Sources" tab for V02, nothing shows up as a possible source, not even my Apple Watch 2.

I have attempted to switch on and off the Privacy Settings in the Watch App on iOS for Heart Rate and Fitness Tracking to get the watch to connect for V02. Both have been on, during my runs. This did not resolve the issue.

How can I force my Apple Watch to act as that data source for V02 Max?

I went for a 2:30:00 run yesterday with my iPhone (6s) in my bag and my watch running strava. VO2max was recorded once per hour in three hours (10-11/11-12/12-13). I’ve tried to get VO2max off of shorter runs (5k-10k) on the same route without my phone but no data. I will now have to test longer runs with just watch and shorter ones with phone to get a definitive answer. Hope this is helpful. 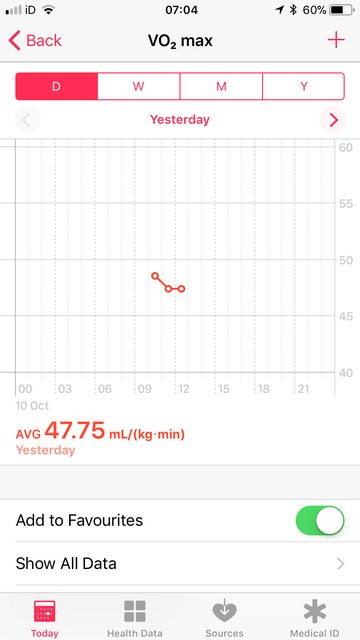 It’s a bit naive, but have you read the instrucctions under VO2? 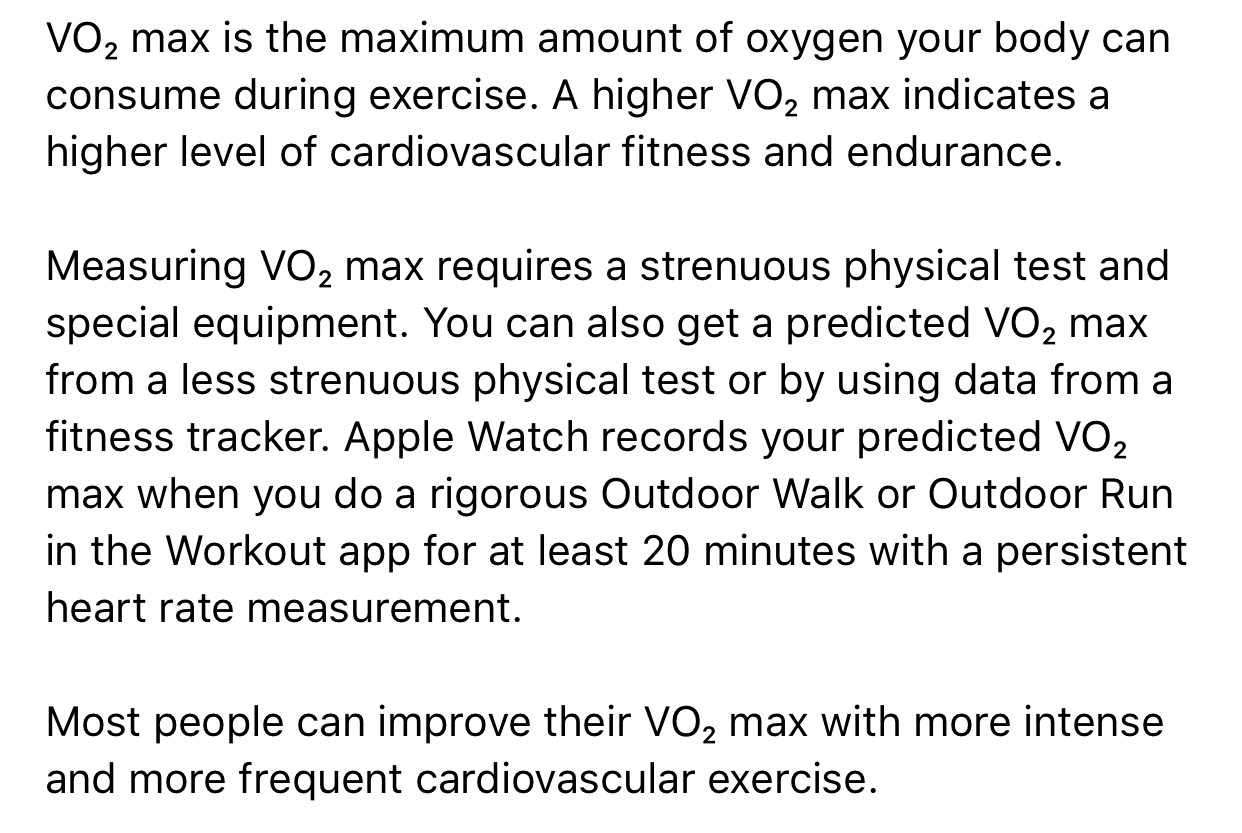 Not the answer you're looking for? Browse other questions tagged apple-watch iphone health.app ios watchos .

2
How does HealthKit calculate activeEnergyBurned and other variables?