The App Compatibility feature was designed by Apple to list the apps that won't work after a new update is released, and you can find it by accessing Settings > General > About > Applications. 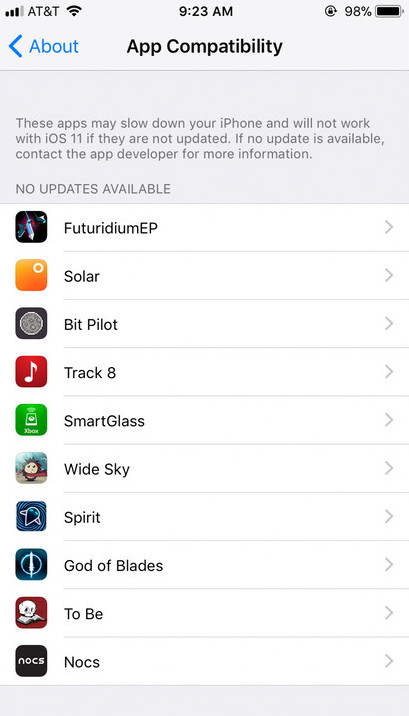 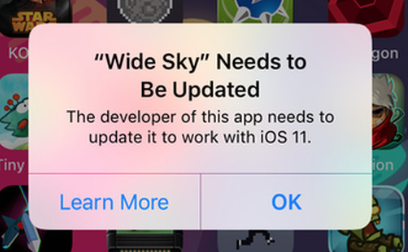 I am now away from the iPhone 6, and would like to make it work on my iPhone 5c.

This is what going to Settings > General > About > Applications looks like on my iPhone 5c: 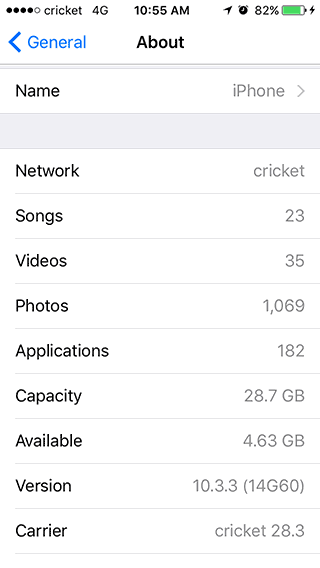 I cannot click "Applications" on that screen, or get any info on which apps are not going to be compatible with iOS 11.

iOS 11 is a 64-bit-only OS. Apps that were only built for previous 32-bit iOSes will not work on 11, which is where the incompatibility comes from.

Your iPhone 5c is a 32-bit phone, so it will not support iOS 11. As a result, there aren't app compatibility issues for it.

Not the answer you're looking for? Browse other questions tagged iphone applications upgrade compatibility ios .

3
Should I update my apps on iPhone 4s?
0
Will iOS7 apps run fine on iPhone 4?
0
Can I run iPhone apps on iPad Mini 3 using iPhone 6 compatibility?
5
Downloading 32 bit iOS Apps for 32 bit iPhones after iOS 11 is released
3
Can't go to App Compatibilty
1
Why am I not getting notifications from the App Store about available updates?
0
What would happen if I deleted AdSheet.app and iAdOptOut.app (iOS)
1
Cross button on iPhone app icon doesn't appear when trying to uninstall