How do I download an iOS App (IPA) file to my Mac after iTunes 12.7 update?

Now that Apple has removed the ability to access the iOS App Store in iTunes 12.7 on Mac/Windows (See MacRumors article), I can't find any way to download an IPA file from the App Store. As a note, I'm not worried about installing the IPA files (see "How do I backup and restore my IPA app backups in iTunes 12.7?"), I just need the IPA files as a developer looking for some basic information on the apps. I'd like to solve this without resorting to jailbreaking as my devices are already updated to iOS 10.3.3.

Here are things that I've tried that didn't work:

At least for now, it looks to me like maybe the only way is to hold onto an older version of iTunes for as long as that works.

This isn’t exactly what you want, but just to add this option too...

If you use the "Apple Configurator 2" app, you can still download and update apps from multiple Apple IDs - as you also could with iTunes. 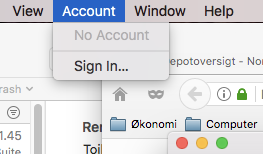 The Apps are downloaded to:

Edit: iTunes 12.6.3 is no longer supported by macOS Mojave, Catalina or other later versions. The Apple support page notes this and the page is no longer being updated. Apple Configurator or other solutions must be used.

There is now another solution: Apple provides a version of iTunes (12.6.3) which supports new devices such as iPhone 8 and iPhone X which still retains the App Store.

Apple Configurator 2 works well for me, but I’m adding this answer for those who would prefer to use iTunes or can’t use Apple Configurator (Windows users) Source: https://9to5mac.com/2017/10/09/apple-itunes-apps-focused-removed-stopgap/

Important: You will need to Option-Open each time you switch versions so that you can select the correct library and don't update the older library to 12.7 format.

The Mac "Apple Configurator 2" Update button solution will work if you both have an older version on your iOS device or on your Mac, and a newer version is in the App store.

If the old version of the app is on your device, hit the "Update" button in the Configurator. After the Configurator downloads the new version, an ipa file will Temporarily appear in a sub-sub-directory of the:

directory. Immediately copy the app .ipa file out of that directory to a safe place (remote storage, etc.) before doing anything else (such as quitting the Configurator app, etc.).

If an old version of the app is not on your device, but you have saved an old copy from your ~/Music/iTunes/Mobile Applications directory, or other backup, you can first use the Configurator app to install the old app on your device by using: Add button > Apps > Choose from my Mac... After installing the old version, follow the instructions above for updating to the current version of the app to get an .ipa file.

If you don't have an old version anywhere, try an Add of the same app twice, and see if you can copy the ipa file during the second Add operation if Configurator complains.

Disclosure: I'm one of the developers of iMazing.

iMazing 2.5 for Mac and PC can download apps from the App Store and install .ipa files: https://imazing.com/guides/how-to-manage-apps-without-itunes

Seems the new way to do it is to open iTunes, then drag the .ipa file onto the device in the list on the left hand side (between Library and Playlists).

Not the answer you're looking for? Browse other questions tagged iphone ios itunes applications .

2
How to do Remote App Installs from iTunes in Macbook to iPhone
2
How do I sync apps to my iPhone with iTunes 12.7 or later?
8
How do I manually install an app in iTunes 12.7?
10
How do I backup and restore my IPA app backups in iTunes 12.7?
12
With iTunes 12.7 no longer managing iOS apps, can I delete IPA files from my Mac?
4
Download app bundles from App Store to run on iOS Emulator on Mac
4
Where's the iTunes app section for my iPhone?
2
Is it possible to regress to previous versions of an app? (iBird Pro)
0
Can I get an older version of iTunes to get the App Store back?
1
Can't locate App Store in iTunes for macOS
See more linked questions