Recently my Macbook's hard disk started to get badblocks and I promptly managed to make a disk clone with ddrescue into an external drive through an Ubuntu live session. I successfully cloned everything without much issues.

When I plug this external drive using Ubuntu I can access all partitions. But unfortunately when I try to access this drive on macOS itself the Apple_CoreStorage partition doesn't mount.

The external hard drive is the /dev/disk3. The first 3 partitions are an exact copy of /dev/disk0 at the time I did the clone. The last partition Time Machine was later created with the free disk space that was left.

I can't mount /dev/disk3s2 inside macOS although I can do that when using Ubuntu. Am I missing something? What should I do to mount this partition?

From what I've understood the problem happens because both /dev/disk0s2 + /dev/disk3s2 and /dev/disk0s3 + /dev/disk3s3 shares the same disk label. My /Volumes/Macintosh HD lists the Macbook filesystem itself, ie. it's the /dev/disk1 (from /dev/disk0s2).

Actually this happens because both disk GPT GUID and partitions GPT GUIDs share the same UUIDs. I still haven't found a way or tool to change those partitions GUIDs safely (where I can mount them without compromising their data).

The good news is: there is a man entry for a tool which can change the UUIDs of all CoreStorage metadata objects: man csunique.

Check the disk identifier of the duplicate with diskutil list. In your example that's disk3s2.

Then the command in your case would be:

The bad news is: I can't find the tool/script. It's neither in the path nor can I find a file with this name elsewhere on the disk. I checked this in 10.9/10.10/10.11/Recovery HD by searching the whole disk even inside packages with FileBuddy. A Google search wasn't successful.

You may change the various UUIDs manually by editing the raw disk content with a tool like HexEdit or wxHexEditor of course. AFAIR the pvUUID and the lvgUUID are located at the first block of disk3s2. The pvUUID/lvgUUID has several additional occurrences in the metadata area of the Logical Volume Group of disk3s2. Don't use arbitrary (ie self-made) UUIDs but try to generate them with uuidgen or online with a UUID generator. Some bits of the UUID have a special meaning and determine UUID version or the hash algorithm.

The diskutil cs list output of the original disk:

The pvUUID (light violet) and lvgUUID (light yellow) appear in hex in the first block and the last block of the partition: 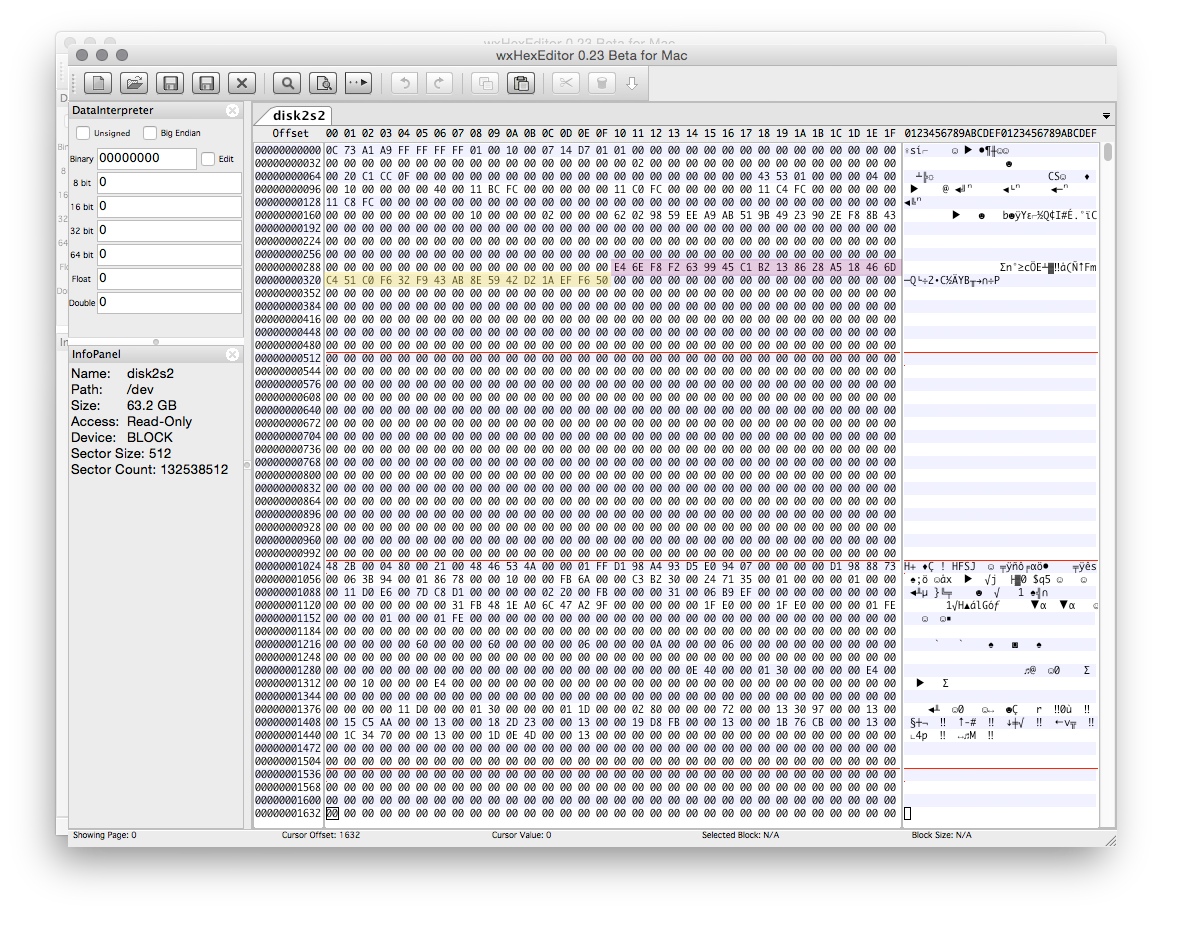 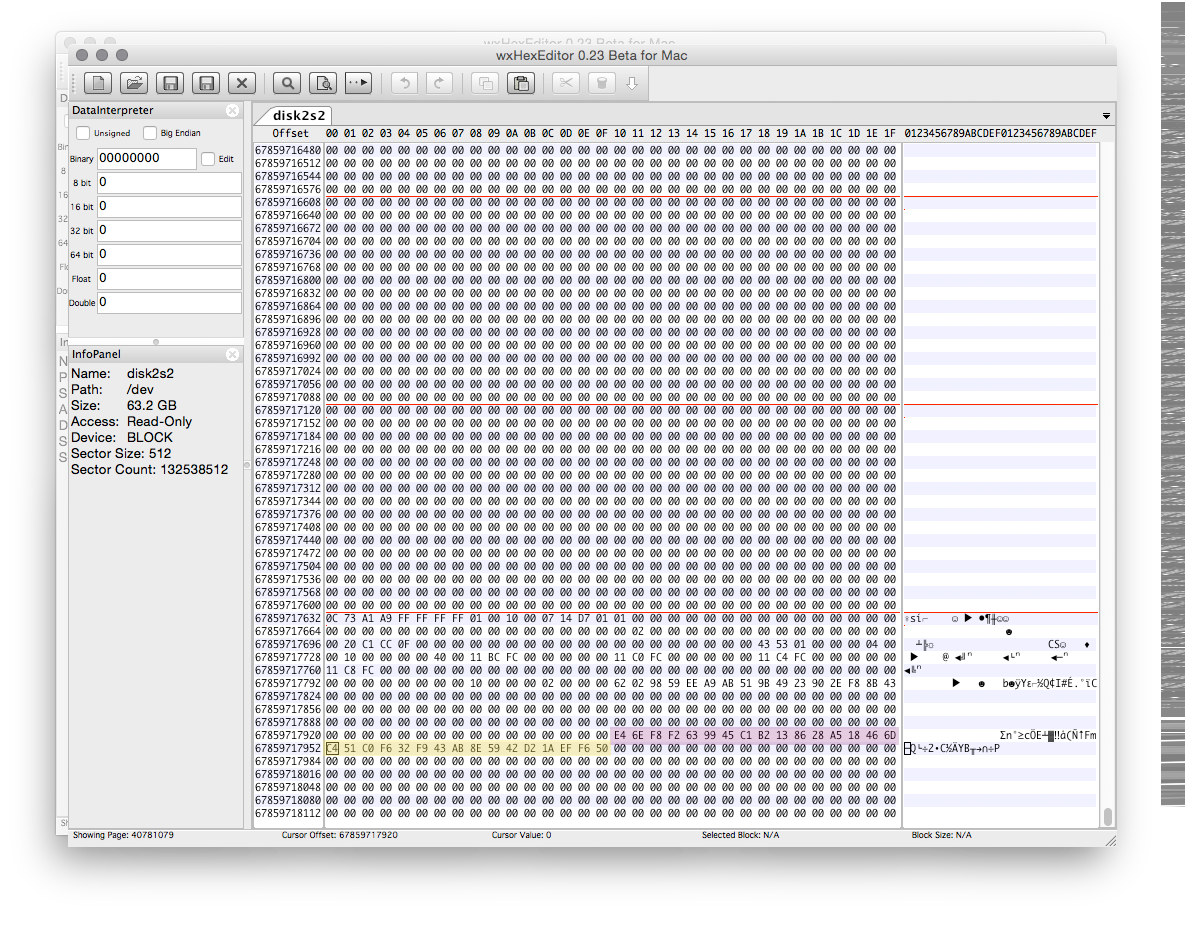 and as text each four times in the last 32760 blocks (512 byte physical block size) of the partition in plist-like items. 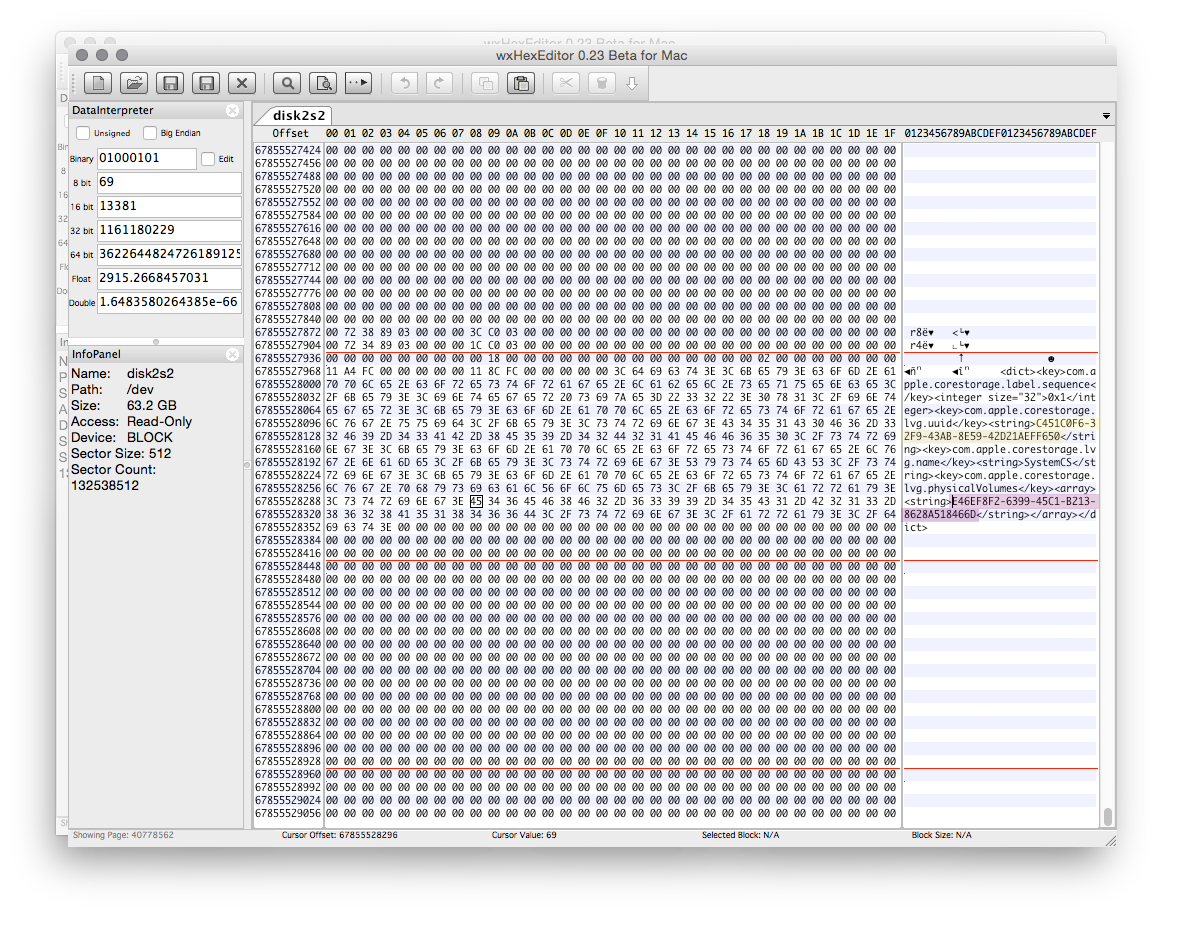 Since the partitions were created with Linux, and accessible in Linux, why not use Linux to change the miscreant UUID?

Duplicated UUID’s can be a big problem on your machine. But luckily it is easy to change the UUID of a Linux partition and can be done in roughly 1-2 minutes!

The UUID of a Linux partition is the Universally Unique IDentifier of that partition. I would say with a fair bit of confidence that in this and most scenarios, the Linux partition UUID has more of a local machine scope.

This ID is used in a few places to identify the partition. The most notable being your /etc/fstab file, which manages the mounting of partitions at boot time. Here is a little snippet from mine…

Why would you need to change a partition UUID?

The main reason being a clash of ID’s. Technically the likelihood of creating 2 identical UUID’s is very rare (read more on the Random UUID probability of duplicates). But there may be cases where you clone a partition using DD or Clonezilla and the clone resides on the same machine – different physical hard drive or partition.

Cloning using both the tools mentioned above will create an exact copy of the partition all the way down to the UUID – and now you have 2 partitions with the same UUID. From the example of my /etc/fstab above, the UUID is no longer unique and it will mount the first partition it finds with that UUID.

How do I change the UUID?

This isn’t hard at all.

You can find the device path using the following command:

Here you can see that /dev/sdc1 and /dev/sde5 have the same UUID. The path of the partition I want to change is /dev/sde5

This is simple, the following command will output a UUID like below:

This is also another command, tune2fs, which will apply our new UUID to our device path:

Done, now you can update your grub to include the correct UUID’s to reduce any risk of your system confusing the partitions.

Not the answer you're looking for? Browse other questions tagged partition external-disk .

1
Can't modify partitions
10
I think I messed up the Fusion Drive on my 1TB iMac (with BootCamp)
1
Install rEFInd on another partition
2
Cannot boot to OS X using rEFInd
5
Create Windows 10 installer USB without bootcamp
1
Boot Camp failed and reduced Macintosh HD partition from 3TB to 1,46TB
1
My Fusion Drive Partitioning Seems Wrong/Strange/Wonky
0
How can I recovery my unused space which I merged with Main APFS(Encrypted)