How I disable or remove shortcut global (Shift+Cmd+C)?

I use shift+cmd+x to delete line in editor vscode but sometimes I accidentally click shift+cmd+c to open a terminal.

How I disable or remove this shortcut shift+cmd+c global?

As far as I know, ⇧⌘C is not a system-wide global shortcut, so it sounds like something Visual Studio is doing. It probably has a way to disable it within the application, but if not, you can try to remap it to something else (this works for any application where the thing you're triggering is a menu!):

(This works even when the menu you want to trigger doesn't usually have a shortcut. Unfortunately, it only works if the feature is a menu item.) 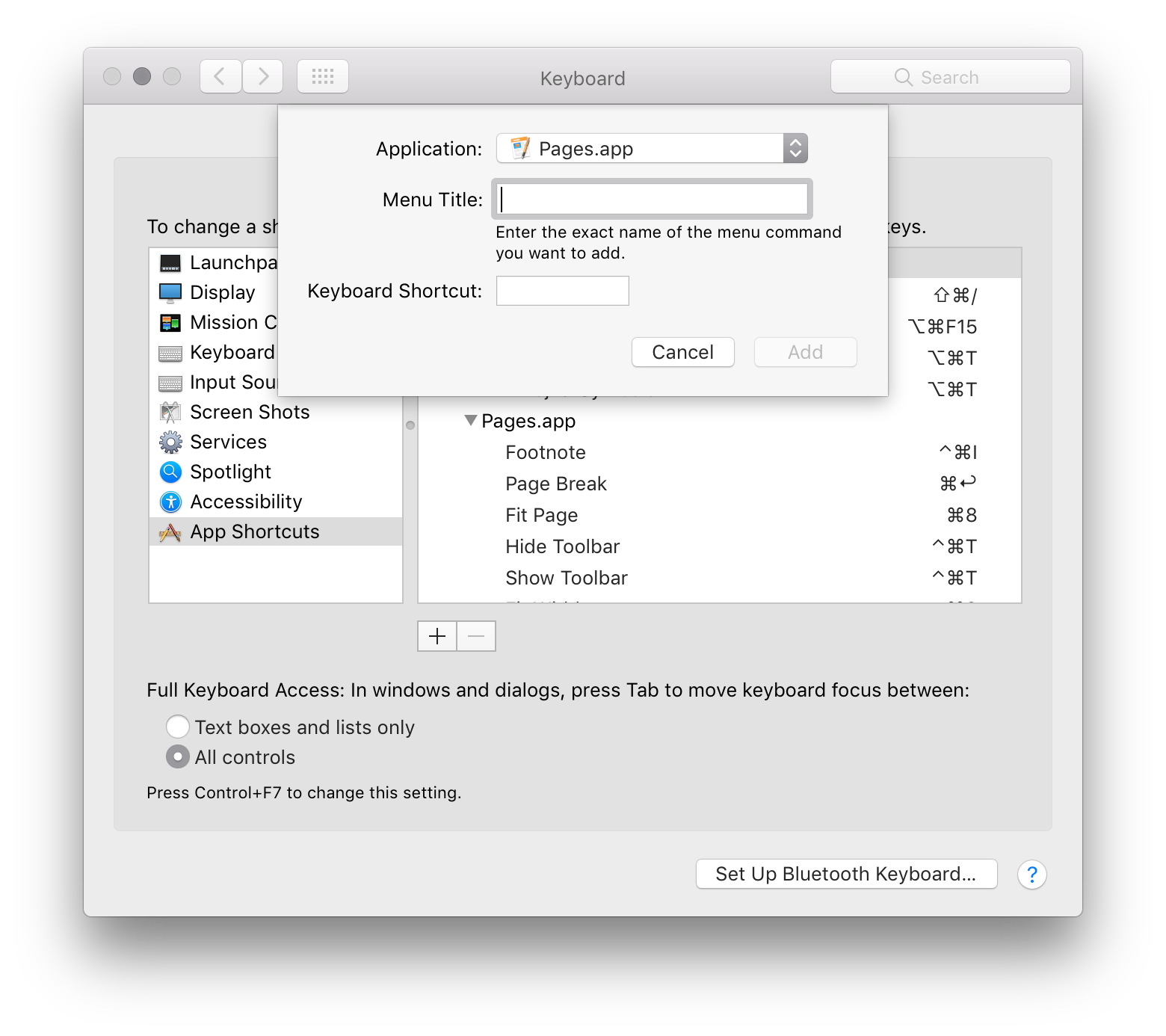 (Unfortunately, I probably can't release this as CC-BY-SA as per the content policy, because it's a screenshot of copyrighted proprietary software. But I don't see anyone else worrying about this, so....)

Not the answer you're looking for? Browse other questions tagged terminal shortcut .