So my girlfriend's "oldish" MacBook Pro (Model #: A1286?) won't boot. Upon pressing the power button the fan starts up and a short mechanical noise is heard that sounds like the DVD drive's loading mechanism. Then the screen comes up mostly whit with the pictured pattern. 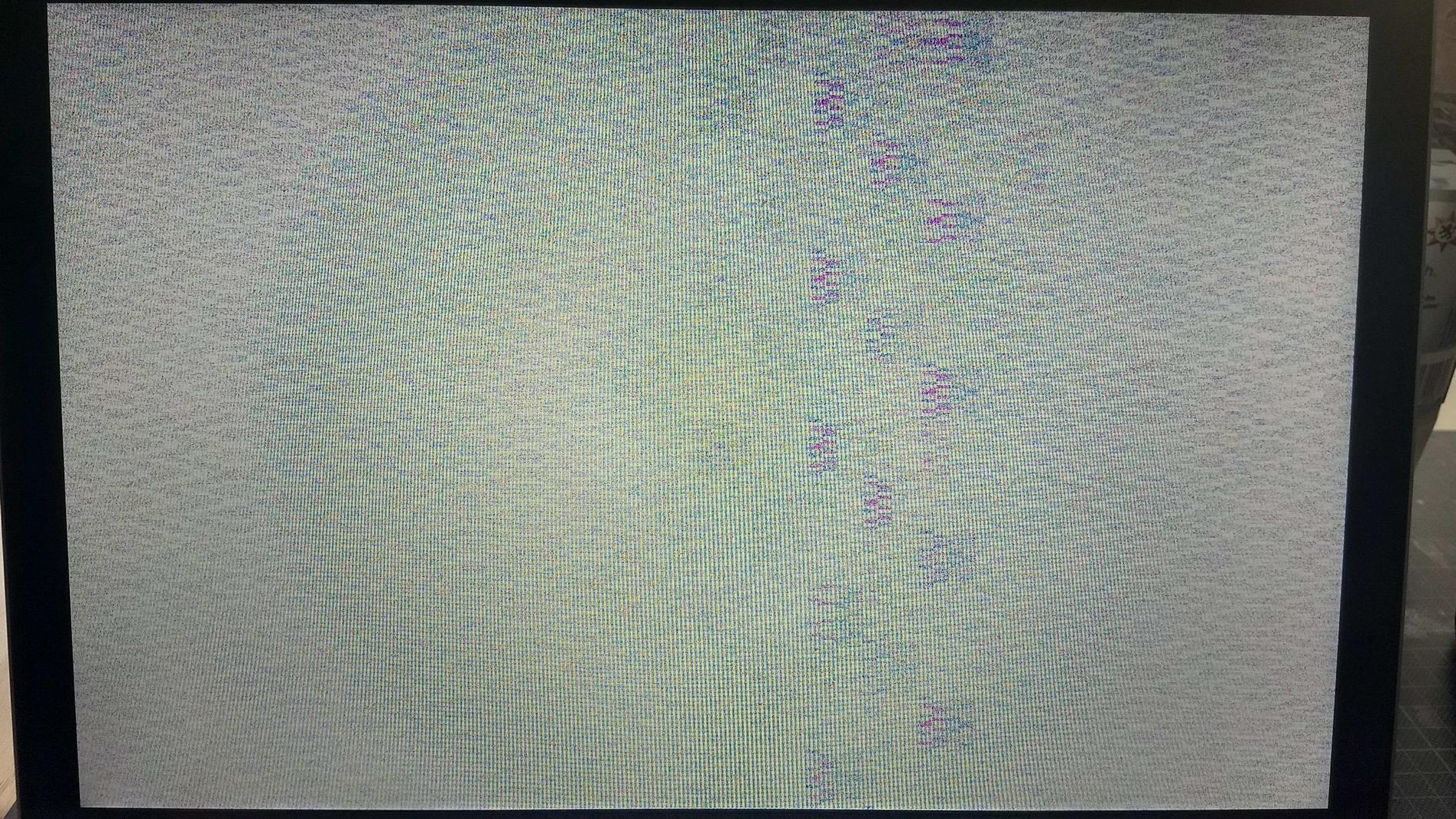 If I leave it running the screen will periodically turn black shortly, the mechanical noise will be heard again and then the weird patterned white screen comes back. The pattern is not always exactly the same, but always similar to the one pictured.

All troubleshooting tips I was able to find assume that the machine boots to at least the apple logo, which this definitely does not.

I would appreciate any input as to what might be causing this and / or how to fix it.

EDIT: Almost everything I have tried so far has included holding down some sort of key combination on startup. But all those tips (like the ones from Monomeeth's answer) usually reference the "grey startup screen" or the "screen with the apple logo". My MBP does not display anything but the weird pattern above, so I can't run the hardware test, boot to safe mode or reinstall the OS.

But since I've tried Resetting the PRAM/NVRAM the MBP sounds the "startup chime" on every reboot which it hasn't done before as far as I can remember.

Troubleshooting is a process of elimination and often requires patience. In this case you should definitely run Apple Hardware Test, although you could try resetting the NVRAM first to see if that resolves the issue. Below are steps on how to do both.

Resetting the PRAM/NVRAM on your MacBook Pro model

Older Macs had what's called Parameter RAM (PRAM), newer Macs use Non-Volatile Random-Access Memory (NVRAM). It may be worth resetting this on the off chance it resolves your issue. Here’s how to do this:

If this doesn't work, then proceed to testing your hardware with Apple Hardware Test.

Note 1: that the extended test will take some time. Take a note of the results and report back.

Note 2: If pressing and holding the D key at Step 3 doesn't work, start again at Step 1 and, at Step 3 press and hold both the OptionD keys instead. This will try and run diagnostics from the internet instead, so you will need to allow more time for it to complete.

Not the answer you're looking for? Browse other questions tagged macbook-pro display boot .