I am trying to create an Automator Service for Finder's Right-Click Context Menu that can split any selected csv file, whilst copying in the original header at the top of every file.

My current attempt is to make Automator run this Bash Shell Script:

This script will split MY_CSV_FILE.csv into new files with max 50 lines while copying in the original header at the top of every file. The new files will have the original name appended with xaa, xab, xac etc.

Regarding the Automator setup, this is the Service I'm currently working on. The problem right now is that I'm unable to pass the Selected File in Finder to the Bash script. 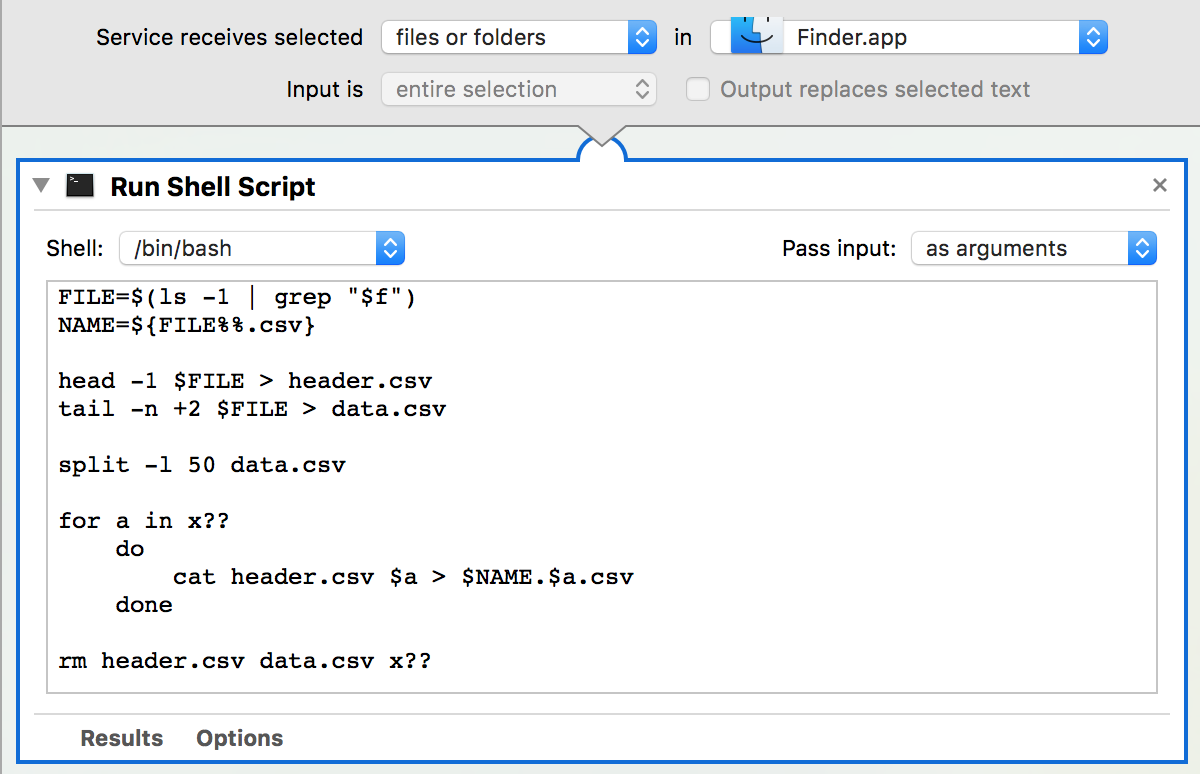 Do I also need to specify the path using something like "$@" for both the input file and the resulting output files? I haven't done something like this before, so I'm not really familiar with that variable and "$f" for that matter.

How could I make this work? I'd like the resulting files to appear in the same folder as the file I select to run the Service on, via the Finder Right-Click Menu. It would be even better if the Service only accepted csv files.

I'd write the code a bit differently, and here is an example of how I'd do it:

I'd also add a Run Apple Script action to the service, with the following code:

This enables the output of the echo commands in the Run Shell Script action to display a notification if a output file already exists or when the splitting is finished.

Note that while notification could be done from within the Run Shell Script action using osascript, nonetheless, I did it this way as it was easier to code. 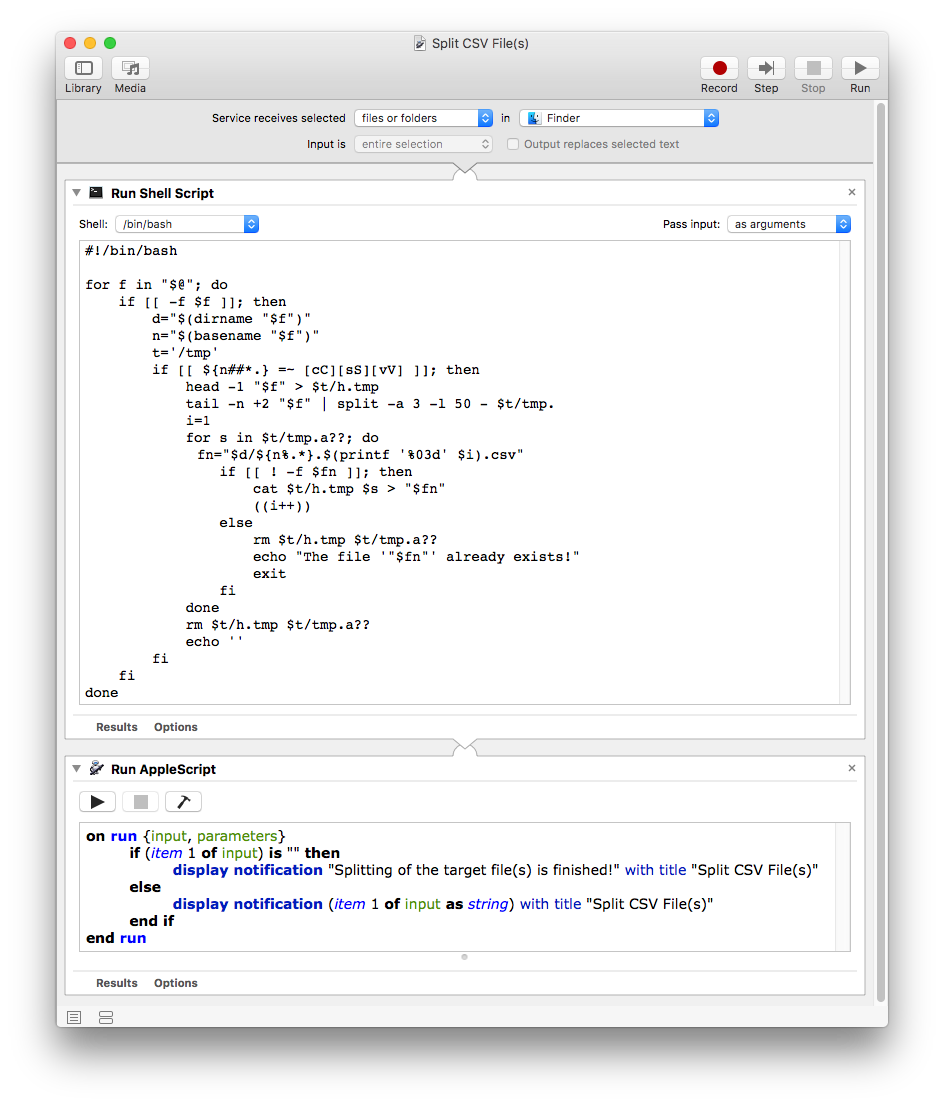 This was tested on a file named file.csv in Finder, which has 200 lines in it, and the images below show what was created by the Run Shell Script action portion of the Automator service when run on the file. 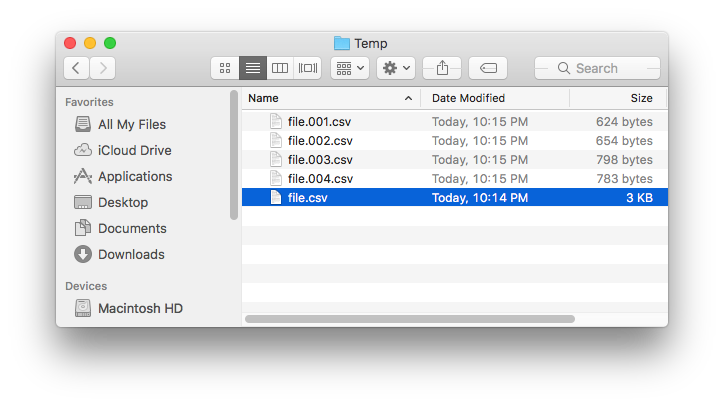 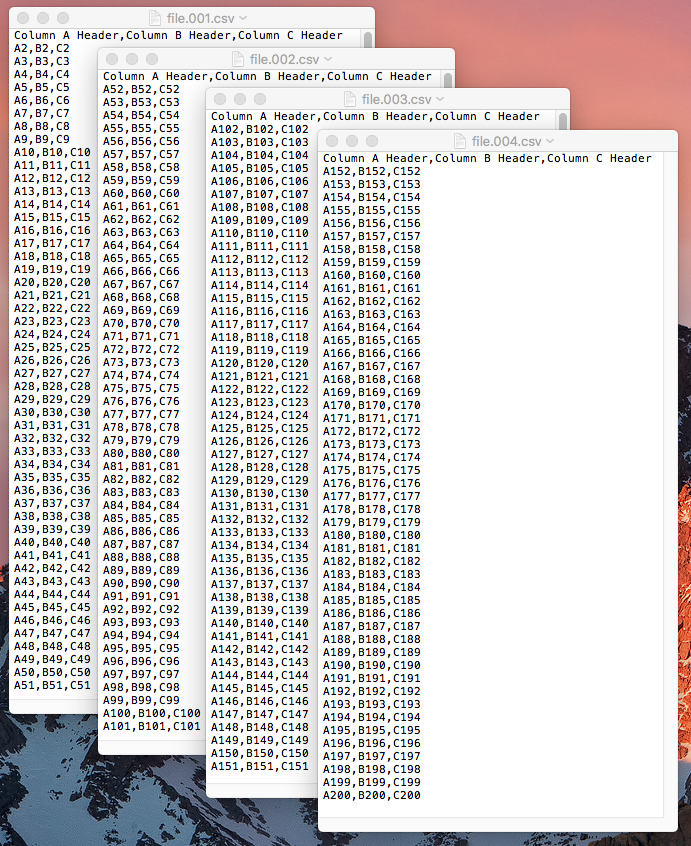 Not the answer you're looking for? Browse other questions tagged macos finder bash automator .

1
How to commit a file with TortoiseHg?