How to make executable .py file (for non-programmer)?

I'm on Ubuntu 16.04 and I've created a python script for my colleague - he has MacOS. Assume that he doesn't know anything about bash or python.

So I don't want to make him running this script from bash. I would like him just to double click on file to execute the script.

How would you do that?

This is a top of the script:

EDIT: I can't access his Mac so either I have to give him clear instructions or create some executable.

You can simply rename the file and make it file extension "command" instead. Plus, you have to make it executable (like you do before with chmod +x). Simply name it "jinja.command", instead of "jinja.py" for example.

Then, you will see terminal window opened with text output (if you have one in your application), as far as the "program terminated" string.

You want a tool called Platypus. It provides very clear guidance on turning scripts into apps. 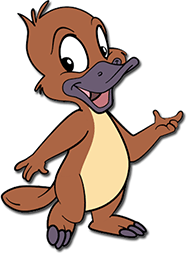 Platypus is a Mac OS X developer tool that creates native Mac OS X applications from interpreted scripts such as shell scripts or Perl, Ruby and Python programs. This is done by wrapping the script in an application bundle along with a native executable binary that runs the script.

Not the answer you're looking for? Browse other questions tagged terminal bash python .