What is the need of the Facetime app in the MAS?

Looking through the Mac App Store I stumbled across a result that really confused me. There I saw the FaceTime App made by Apple. It costs £0.99, with minimum requirements of OS X 10.6.8. 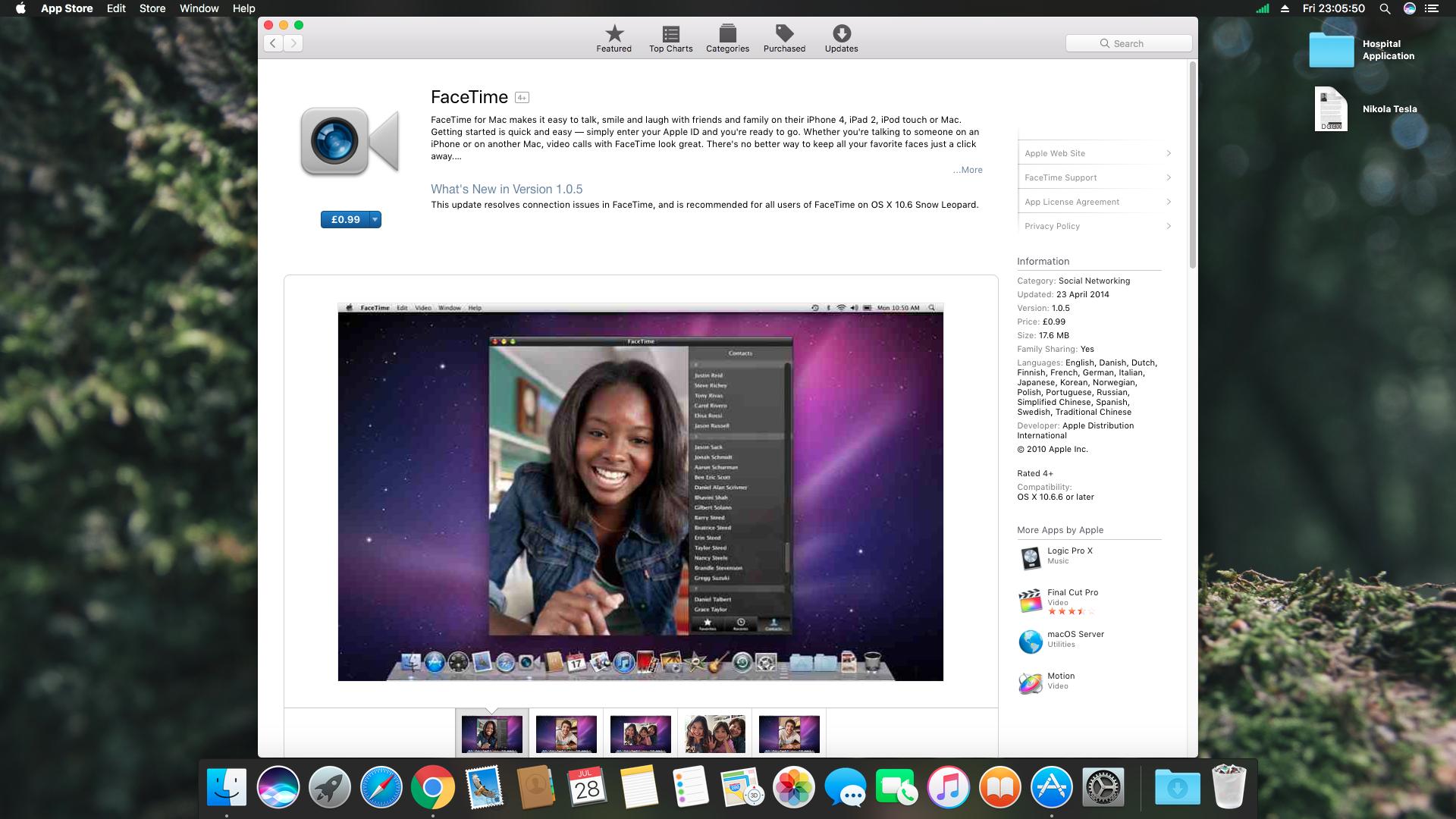 I was confused because all new Apple Macs above 10.7 already have FaceTime, so why is it available to be BOUGHT?

Also, as I already have the FaceTime app why did the Mac App Store not tick it off and instead show Open? What app will I get if I was to buy what I already have? Is this a listing that Apple has forgotten to take out?

As you said, FaceTime for Mac only started shipping built-in with macOS Lion 10.7, whereas the FaceTime app on the Mac App Store runs on macOS Snow Leopard 10.6.8 (which does not have it built-in).

The Mac App Store download allows customers unable/unwilling to upgrade past Snow Leopard to FaceTime with Mac users on 10.7 or newer, or those on iOS.

Not the answer you're looking for? Browse other questions tagged applications mac-appstore facetime .

4
Which websites provide alternative listing of Mac App Store content?
0
Can't buy anything through the app store on mac?
13
Mac App Store - how to check which account was used to buy app
5
How painful is it to use multiple Apple IDs with the MAS?
0
App not installing from Mac App Store
2
Garageband - Unable to complete In-App Purchase
10
Need a Google Voice app for Mac
1
Unable to re-purchase an app after reporting and getting refunded by Apple