Automator action not supplied with the required data

I'm trying to do the following in an Automator workflow:

Here is a sample of the file names I'm trying to rename:

The delimiter I'm splitting by is the "$" dollar sign to create the following new files:

These are the file name formats I'd like for the automator to continue processing.

Thanks to another user, I was able to get this far. However, my workflow is failing at step 5. I'm getting the following warning:

The action "Rename Finder Items: Add Text" was not supplied with the required data.

Here is the workflow setup in Automator: 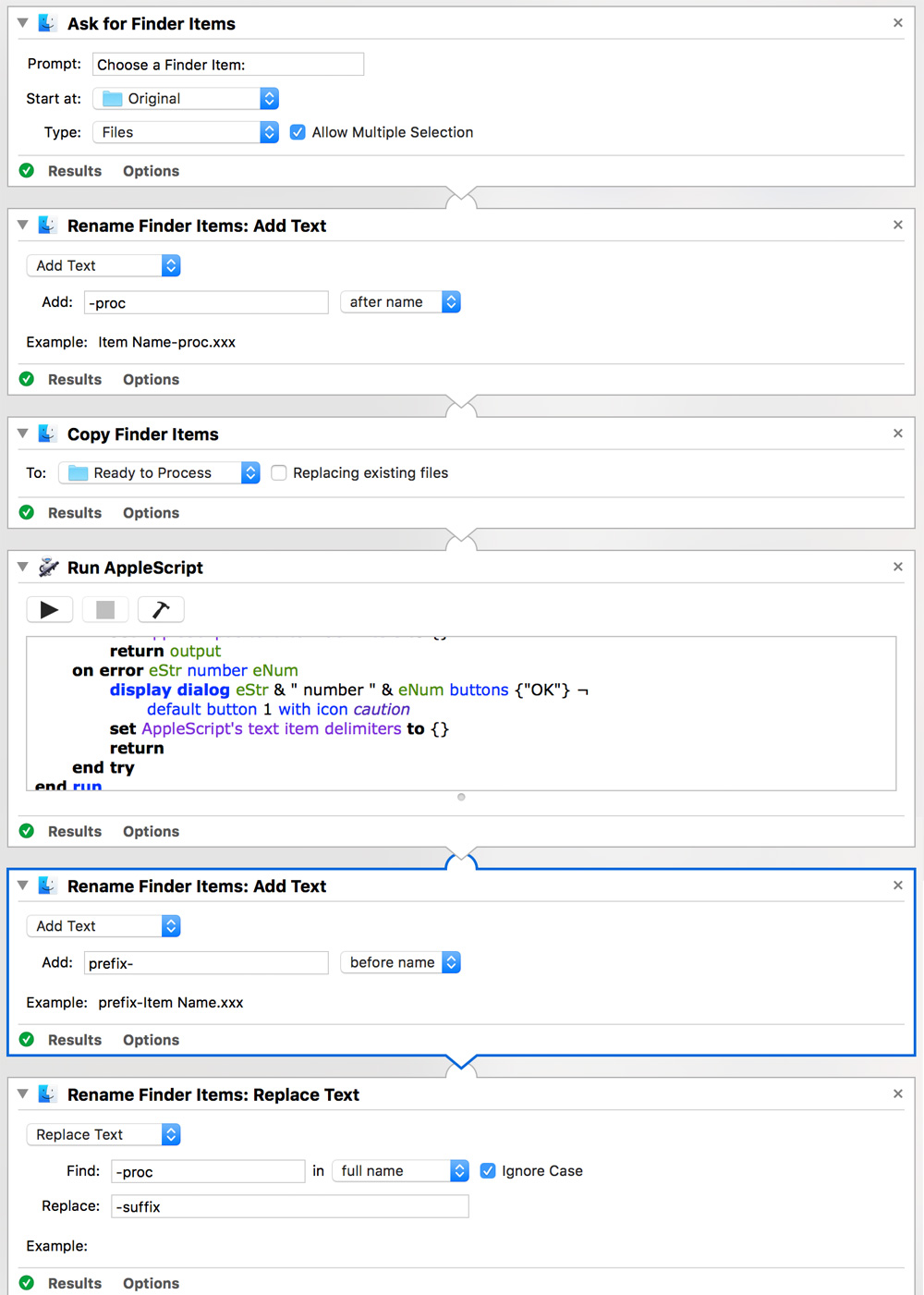 With the AppleScript below:

I thought by returning output, the next workflow would pick up and continue with the required changes. I'm seeing that is not the case.

How do I return my output so that the next workflow item can use it and continue with the file renaming?

It is still not totally clear what it is you're trying to accomplish, however, here is an example workflow that you might find useful.

See the image below for other applicable settings of Automator actions, as shown in the OP.

As you can see in the image below, all actions completed successfully and did as programed, with the Results pane of each action showing the results of it's action.

To be used instead of the First Automator Workflow. 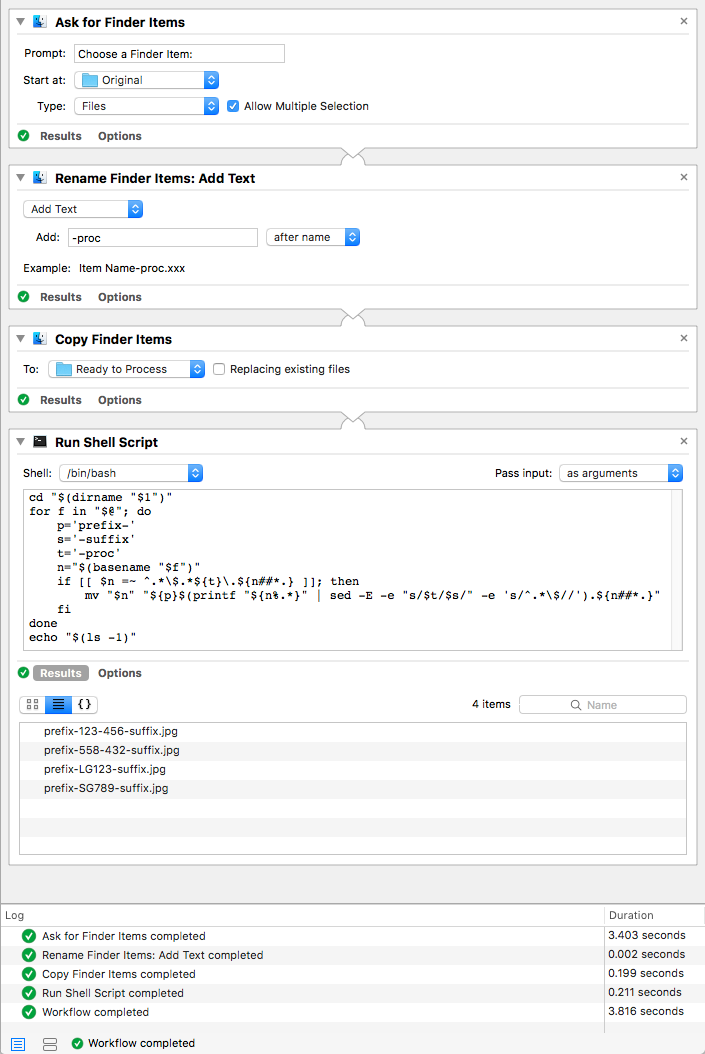 You could, if needed/wanted, add a different second segment to this second workflow, but the code in this Run Shell Script action eliminates the need for the two Rename Finder Items: Add Text actions that were in the second segment of the first (original), workflow.

Note: I will update this with an explanation of what the code is doing in Run Shell Script action, as soon as I can.

Not the answer you're looking for? Browse other questions tagged finder applescript automator file rename .

1
How to extract the text of a PDF document with Automator, and save it in a directory
3
How can I rename an ordered list of files with an ordered list of file names?
0
Applescript not returning string
3
Mac Sierra - Batch Convert Pages to Plain Text
4
Batch change creation dates based on file names
1
Remove delimiter section from filename with Automator
1
Find-and-replace AppleScript for iTunes Track Names
0
Automator: "Ask for Text" pass to "Rename Finder Items" possible?
0
How to mount a disk image with automator or Applescript and without hdiutil?