Is it possible to add a song on my iTunes Library on the Mac, and sync it to my iPhone through iCloud?

Seems like iCloud is not for songs that I ripped from CD and add to my iTunes Library?

It seems that I have to hook up the device one by one, the iPhone, the iPad, the iPod, and then drag the song from the iTunes's Library or Playlist to that device?

I tried that on the iCloud on my PC and it seems to be able to sync the bookmarks, Outlook data, Photos, but not for songs. Is that correct? It works for songs that I purchased, but not for songs I ripped from a CD myself? I haven't tried that on the Mac yet as I am still running Snow Leopard, but upgrading to Lion still might not be able to sync the songs I ripped from CD through iCloud?

iCloud in Control Panel of Windows 7: 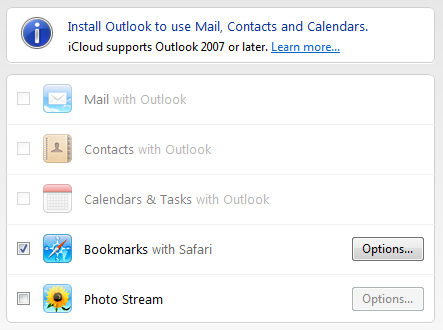 iCloud does not handle music at this time, and likely never will since that content is handled by iTunes, although only for purchased content: 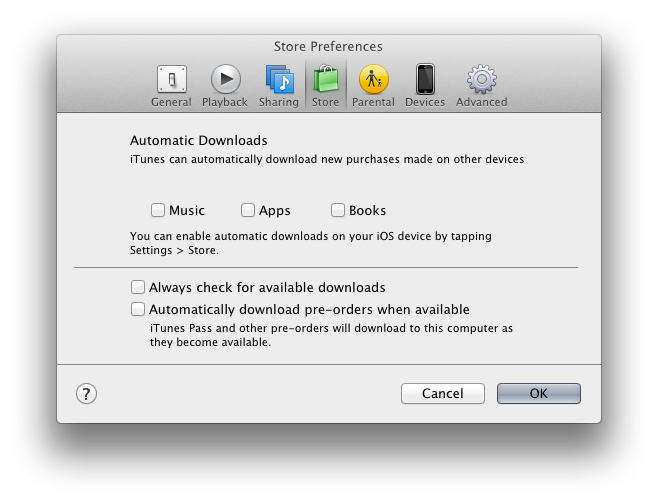 Because purchased content runs through Apple's servers, it's easy on them to just push the newly purchased song to any device connected to the respective Apple ID yet still retain control of the media, so to speak.

As for iCloud on OS X, it only includes a few more features over the Windows version, but none of them deal with music: 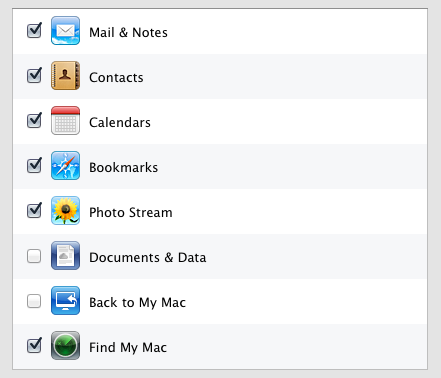 I don't doubt they could add the functionality, but it might ruffle feathers (RIAA) and certainly put considerable load on their data centers.

As of October 2011, no. iTunes in the Cloud only works for songs you've purchased from the iTunes store.

However, in a few months or so, Apple's iTunes Match service will do exactly what you want. For $25 a year, it uploads all your songs, purchased from iTunes, ripped from CDs, or even those downloaded from unscrupulous sources to iCloud. If iTunes Match finds a match for a song in the iTunes Store, it'll give you access to that song without you having to spend the time uploading it. If it can't find the song, then it uploads it.

In short, for free, iTunes in the Cloud will sync songs purchased songs from iTunes. For $25, iTunes Match will sync all of your songs.

iTunes Match has been in beta for a few months now. I believe it was originally due for release in October, though now on Apple's site its release data has just changed to "Coming Soon".

I think iTunes Match will add this functionality to iCloud at some point although I'm not sure about all the particulars, read here:

2
Songs purchased on iPhone won't sync back to the iPhone from iTunes
3
iTunes won't sync music library back to iPhone 6 or 5
1
Unable to download or stream purchased song from iCloud Library
4
How do I troubleshoot iTunes failing to add songs to my iCloud Music Library?
1
In Apple Music (Big Sur), how can I 'go to current song playing' in the context of the main library?