How to record system audio? (Soundflower not working)

I've been trying to record some system audio from my computer while screen capturing in Quicktime Player. The thing is, I've done this before. I've recorded myself talking and the system audio through an aggregate device in Soundflower. I was also able to hear the system audio by using a multi-output device as my output.

For clarification, here are screenshots of the setups I've tried.

This is the first one I tried, because it's what I remembered from what I did before. 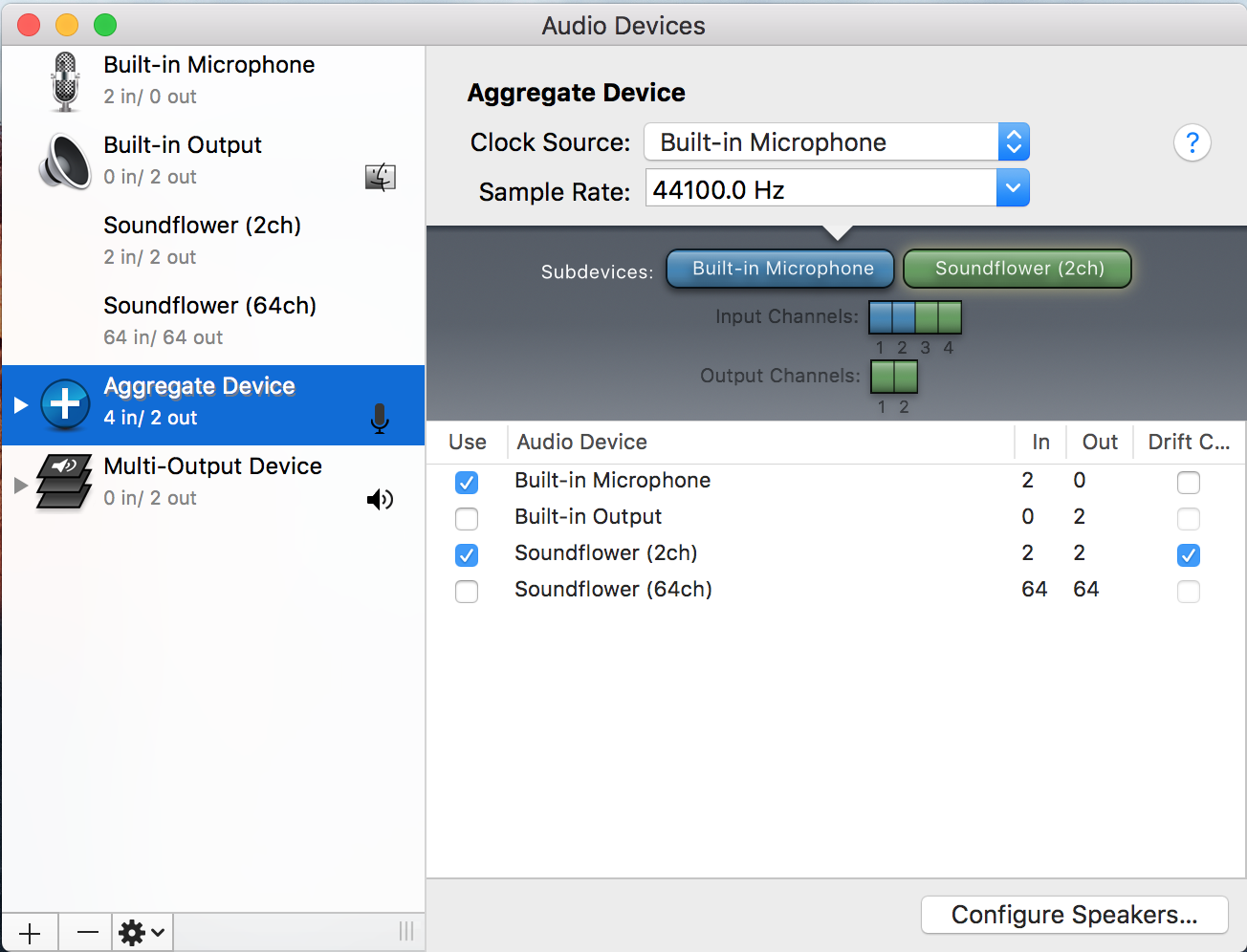 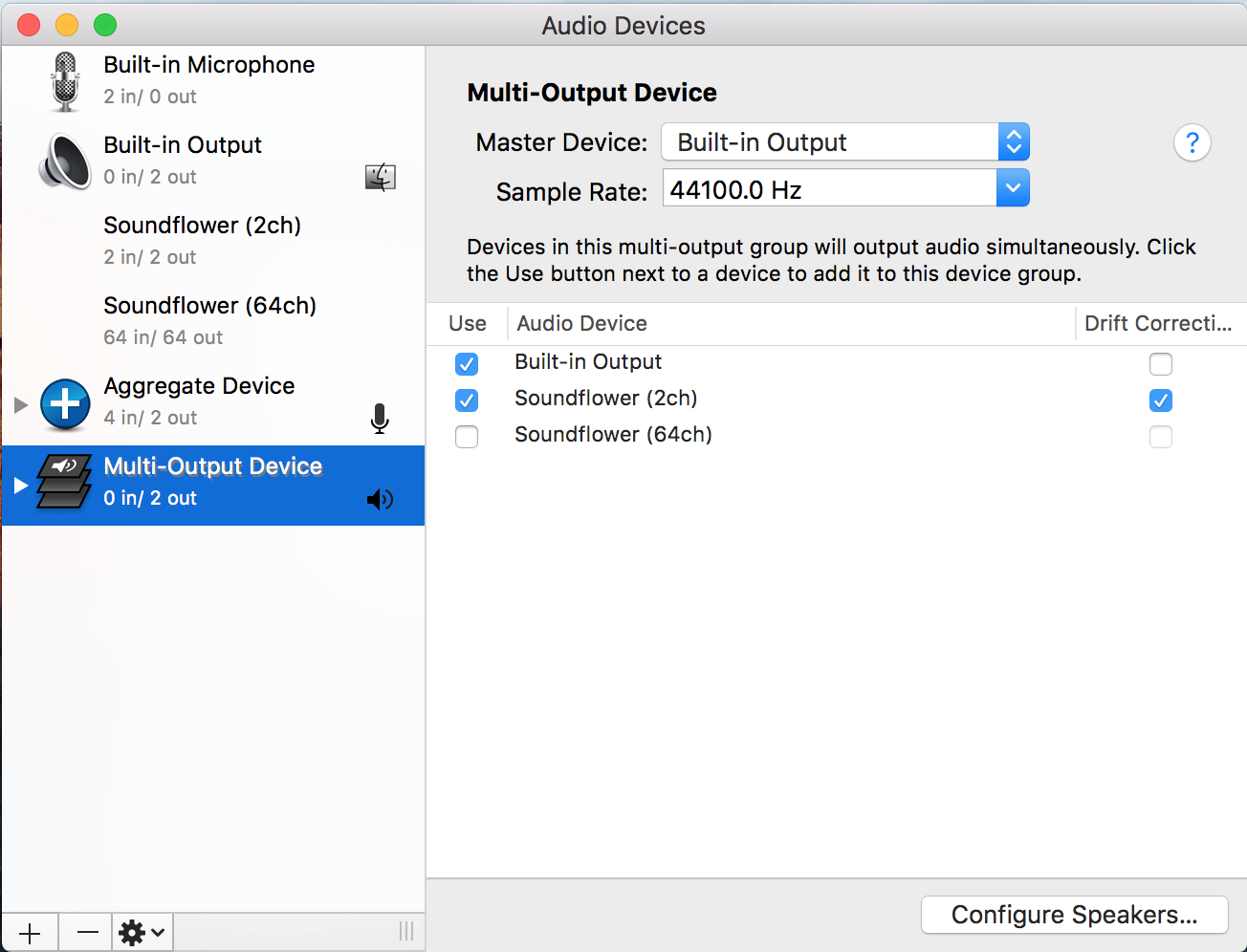 With this setup, I was able to hear the sound from my computer, but could not adjust the volume, and when I tried, instead of the usual popup showing the changing volume, I got this: 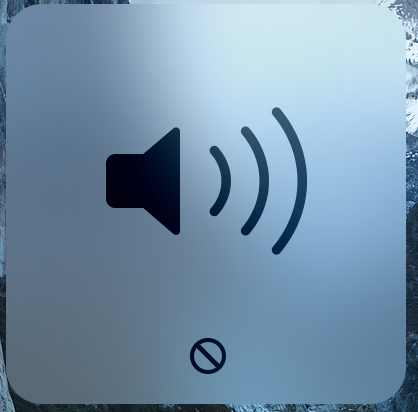 When I tried recording audio using Quicktime Player, it picked up the sound from my microphone, but no system audio.

When this setup didn't work, I searched for an answer on google. Every single tutorial I saw said to set Soundflower (2ch) as both my input and output. (Some said only to set it as output, but then later chose it as the input for Quicktime Player). I tried that like so: 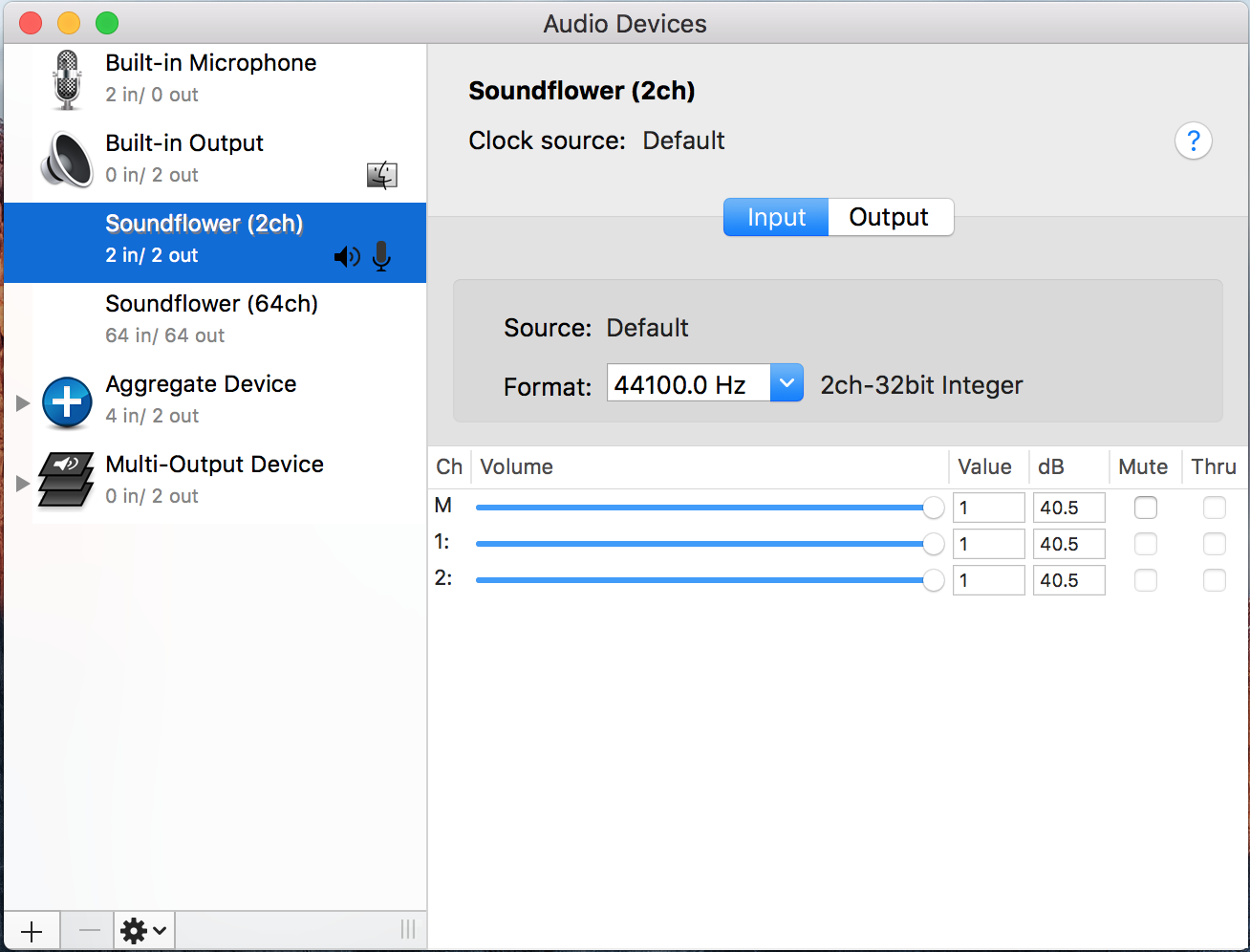 With this setup, I could not hear any sound from my computer. However, I could adjust the volume on my computer, not that it seemed to do anything. I tried recording with Quicktime Player, but it didn't record either the volume from my microphone or the system audio.

I would like to have a setup that only records my system audio, and one that records both my mic and system audio. Optimally, I'd be able to hear the system audio in both cases.

I checked to make sure that the audio wasn't just really quiet, and I did all the basic things like restarting my computer.

So, what should I do? I'd be happy to provide any more details if necessary.

EDIT: An update. I noticed that with the second setup, I was able to hear Skype calls (people talking, not just the ringing), despite not being able to hear anything else. Also, people on Skype were able to hear me with the first setup, but not the second. In neither case could they hear the system audio. Not sure if this is useful information or not, I just wanted to be as detailed as possible.

I would like to have a setup that only records my system audio, and one that records both my mic and system audio. Optimally, I'd be able to hear the system audio in both cases.

I often had this issue trying to record conference calls.

Now that most calling apps (at least Slack, Skype, Zoom, Google Hangouts) support setting a mic/speaker, it's possible to adjust the output volume that you can hear independently of what QuickTime hears.

When QuickTime wasn't catching any system audio, I had usually forgotten to do this:

Not the answer you're looking for? Browse other questions tagged audio quicktime screen-capture soundflower .

20
If we use SoundFlower to record the system's audio output, then we can't hear it at the same time?
2
How do I use Soundflower with El Capitan on my MacBook Air and hear my computer audio while recording with QuickTime?
1
How to stop audio from "warbling" when using SoundFlower
3
Super quiet audio recording in Quicktime 10.4 using Soundflower-2 on Yosemite
1
How to record soundcard audio and output to speakers with the BlackHole driver?