How to set up "localhost" document root as Mac's "Sites" folder with MAMP PRO 4?

The default MAMP's localhost document root is /Applications/MAMP/htdocs and I want to point it on my /Users/Me/Sites/ folder.

I can do easily with MAMP PRO GUI but it's not working after I restarted servers and it's showing me a red arrow (as an invalid destination):

But MAMP still doesn't accept my Sites folder as document root! I tried with websites sub-folders inside Sites or with other Mac's personal folders like Music, Pictures, Downloads or my own home and they are working! Only Documents or Desktop folders don't work either.

It's seems a permission issue, but I don't know how to resolve it. Does it because Sites folder is used by other macOS apps or services?

The localhost root folder to "~/Sites" is now allowed (from MAMP v4.3): 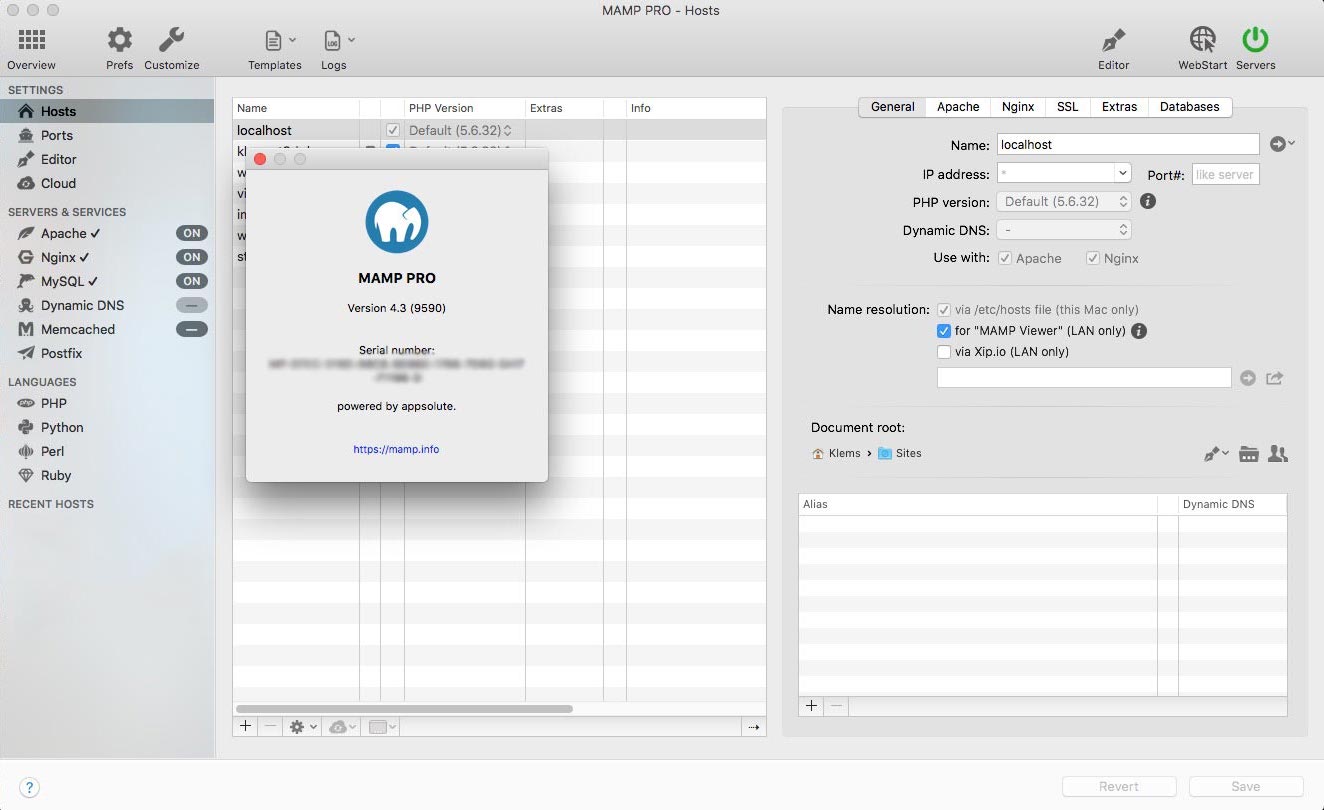 Not the answer you're looking for? Browse other questions tagged permission apache mamp .

1
~/Sites folder gives 403 error
13
How can I increase command line memory_limit for PHP with MAMP PRO?
3
How can I show other people my Sites folder?
0
localhost doesn't find all files in Sites-Folder
0
MAMP PRO uninstalled but Terminal commands still exist. How to remove them as well?
1
How to set up Document Root as "Sites" folder in Apache on macOS Sierra?
9
Apache not working with user Sites folder on macOS 10.13 High Sierra
3
MAMP still can't access Apache after creating local virtual hosts
0
After updating to MacOS Catalina MAMP doesn't work anymore with root on a network mount