Accidentally turned on Siri using an iPhone 4 (not 4S)

I was using the Facebook app when it decided to freeze. Out of frustration, I clicked the home button multiple times. I got back to the homescreen with VoiceOver turned on ('Triple-click Home' was not set) and a second later, Siri loaded. I tried to take a screenshot, but Siri closed just before the 'flash' took place.

Has anyone else experienced this? Non-jail broken, iOS 5.0 on Verizon.

I have restored my phone a couple of times since this happened, mainly due to this issue: Audio output and volume controls gone after updating to iOS 5.1

So, unfortunately, any useful information contained in the crash logs has been lost.

Siri on the left,Voice Control on the right. 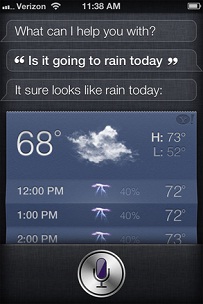 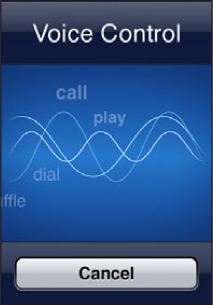 You activate Voice Control by holding the Home button for a few seconds, even while the phone is locked.

Being as siri is part of the OS, it's entirely possible that it loaded, then crashed because of missing files or whatever.

Not the answer you're looking for? Browse other questions tagged iphone ios siri voiceover .

8
Audio output and volume controls gone after updating to iOS 5.1

3
Siri Voice Feedback Not Functioning on iPhone 6 (iOS 9)
1
Take a photo using Siri voice activation?
11
Siri can not activate some alarms on iPhone 6S Plus with iOS 9.2
1
Siri suggestion still showing after turned off
2
How to disable Location Services using Siri?
4
My iPhone settings are not showing Siri