Why is there an alarm clock badge on the YouTube app?

I’m using iOS 11 public beta 1 and today I’ve noticed an alarm clock badge on the YouTube app. Now I’m wondering why it is there and what does it mean? 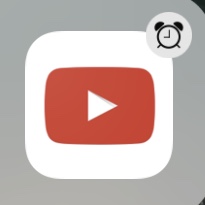 Right now the badge is just a normal red circle with a 1 inside.

It also showed me this: 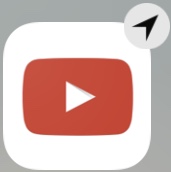 The icon is telling you why Siri is suggesting the app to you by placing it in the Dock. Siri's proactive abilities means it suggests apps it thinks you are likely to use for a variety of reasons:

You can disable apps from being suggested on the Dock by going to Settings → General → Multitasking & Dock and disabling Show Suggested and Recent Apps.

Not the answer you're looking for? Browse other questions tagged applications ios .

1
What happens to the data for an app that gets removed during the update from iOS 5 to iOS 6?
2
Is alarm vibration suddenly broken in iOS 7?
5
Settings app badge stuck at 1 after update to iOS 8.0.2
1
Game audio is tied to the ringer switch. Is this a bug or a feature?
0
Google Calendar won't sync after update on 9.2.1
0
Notes app not showing collaborative edit option
2
iPad Air won't play videos in YouTube app
22
iOS 11 Field Test Mode permanent signal reading
3
iOS App Store: Unable to download and update apps due to Terms and Conditions loop, even after agreeing
2
Getting “Unable to Check for Update” error when trying to update to iOS 13.1