I'm trying to reformat a Mac that was handed to me by an employee after being wiped, and I'm starting to think they did too good a job.

At boot, you see the blinking folder + ? icon, indicating no bootable partition found: 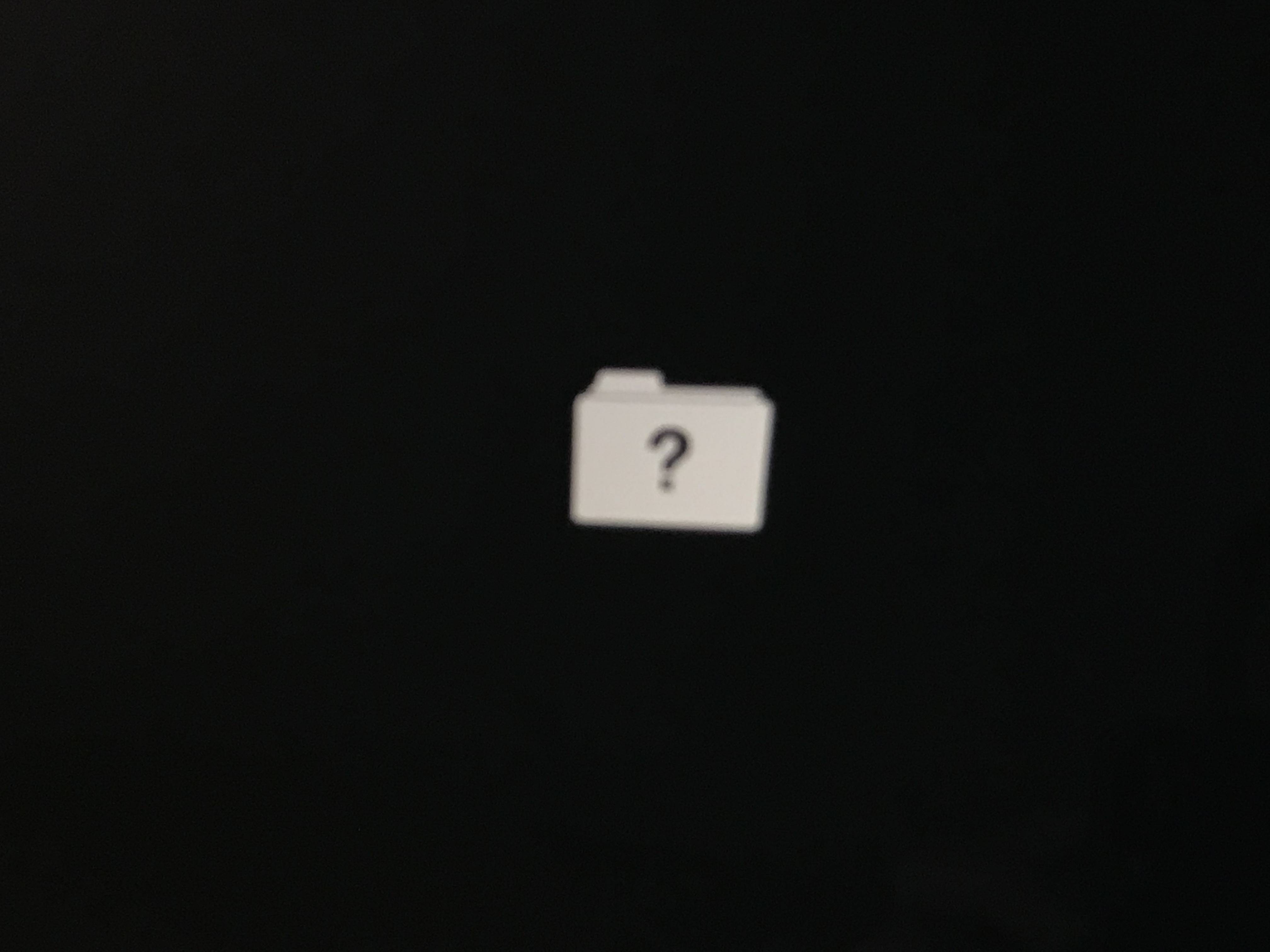 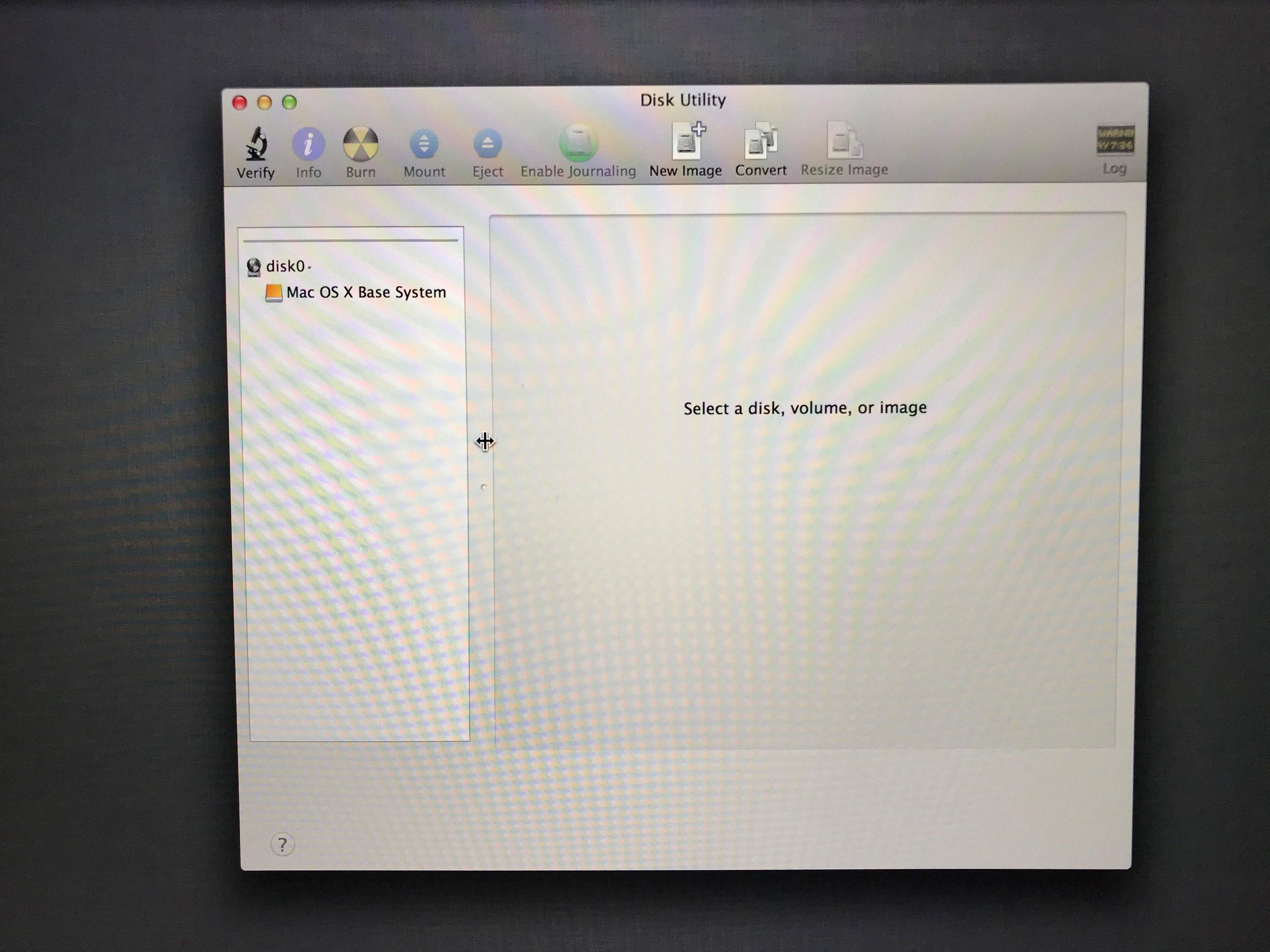 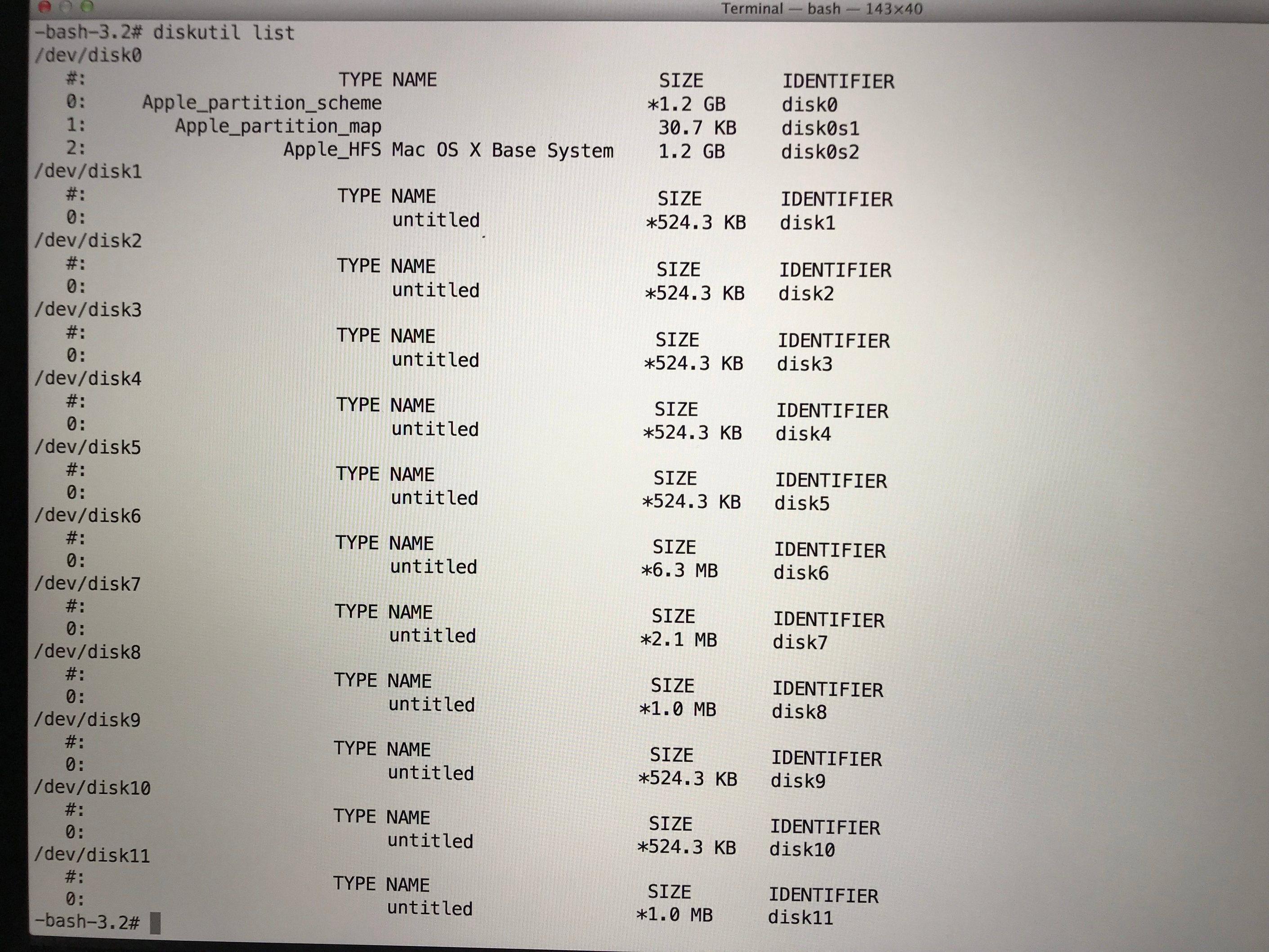 Which didn't see the drive. Then I tried df -h 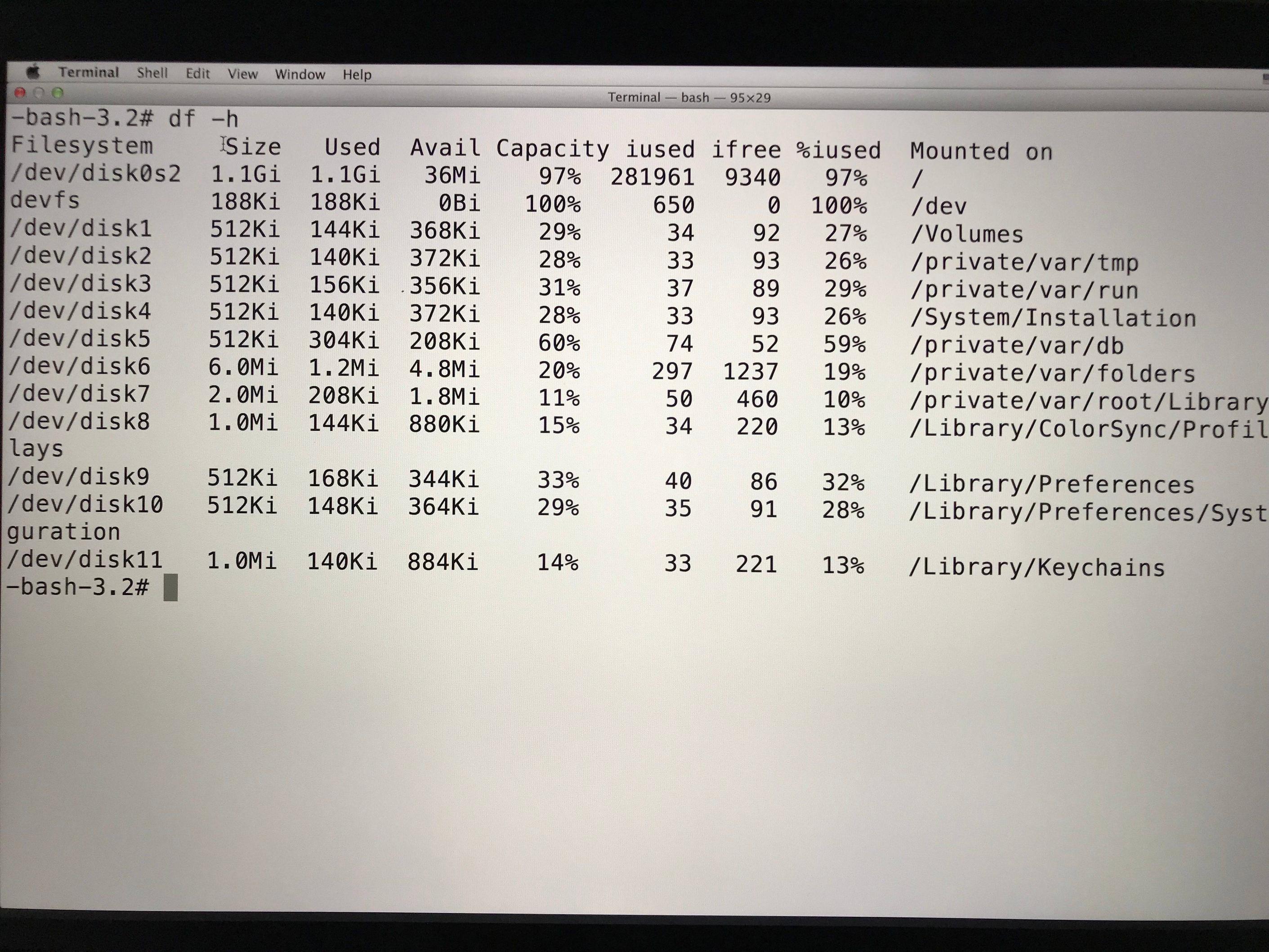 Failing anything else, I restarted and held 'd' to get into Apple Hardware Test: 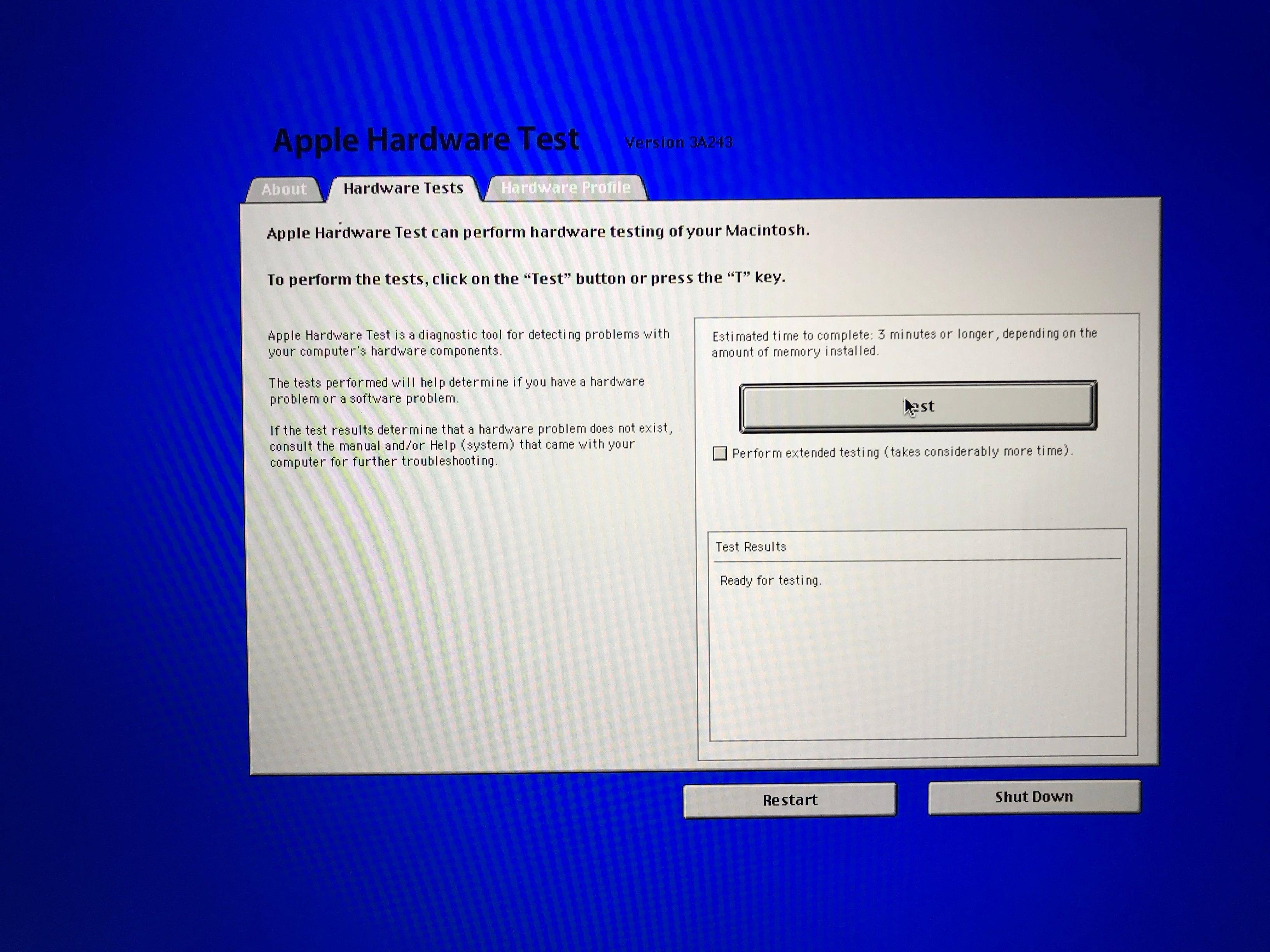 Running the test reported "no problems found". The Hardware Profile tab did not report a hard disk, but I'm not sure it ever does (I don't have any other pre-2013 Macs to test on).

So, I'm left without many options. I can't boot into single user mode, because there's not an install into which I can boot. I don't know how to reformat/repartition a physical drive that's not reported by diskutil or df. And it's clearly not something I can fix with setting up a logical volume in CoreStorage (on the Sierra recovery image, that is) if the underlying physical disks are absent.

Can anything else be done, or is this all pointing to the SSD being dead?

The answer was that the SSD died. Replacing the SSD fixed it.

Not the answer you're looking for? Browse other questions tagged disk-utility ssd recovery .

2
How to install Mountain Lion on a disk that cannot be formatted in recovery mode?
0
Can't Enable Filevault because Recovery Partition Missing
0
Can't format 2nd HDD in optical bay on Mid-2012 Macbook Pro 13
1
Why can't I format my blank SSD from OSX Recovery?
2
Why is there no 'Recovery HD' listed when holding 'option' on startup, however, 'Recovery HD' is shown in terminal with 'diskutil list' command?
0
OWC aftermarket 1TB disk missing in Mac Pro after erase process; not found in diskutil, startup list, or install-to list
2
MacBook late 2016 does not recognize internal SSD. I can boot up from an external SSD that has macOS installed
2
2015 MacBook Air: Internal SSD Is Locked and Can't erase/update