How difficult is it to replace the keys on the Apple Wireless Keyboard?

I wish the plastic Apple uses for keys was as good as the electronics and the cases. I had vowed never to buy Logitech keyboards and mice because their electronics are fine, but their plastic cases are so poorly engineered those devices collapse within a year. By comparison, one can get many years of an Apple keyboard. The aluminum cases are solid.

I understand that, officially, only the keys on MacBooks can be replaced. The keys on the old (Apple Wireless Keyboard) and those on the new (Magic Keyboard) cannot be replaced. Officially. 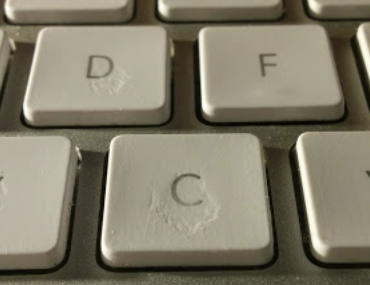 The keys, as you see, are now rather grating to use, and the notches gradually disappear, making it harder to touch-type. I see individual keys offered on eBay. They seem to be salvaged, not new.

If Apple declines to change them officially, how much skill is needed to replace such a key by the end user? Is the plastic underneath particularly breakable?

OK, I see that ifixit says: "Keys can be easily [italics added] removed by using a scalpel or fingernail under the left side and lifted."

Is this "easy" by ifixit's standard only? Have you succeeded in replacing several such keys without getting one broken? (which would render the entire device useless).

That older model has key caps that are far easier to fix than the new low profile keyboards.

They are still not easy and by the time the keys wear out, the plastic scissors are likely equally worn or fragile. You’ll probably want half a dozen “donor” keyboards for parts if you decide to DIY repair these era of keyboards. But with a skilled technician, what you ask is doable without special tools and large stockpile of 100% new parts.